A new musical by the name of "Wonderland" seeks to explore autism via rap and spoken word.

"Wonderland" is a WINGS production. WINGS is nationally recognized as one of the leading performing arts programs for children, and is located at the Lynn Meadows Discovery Center. Their goal is to inspire children to be the best performers they can be, and become more confident within themselves while honing their skills. They aim to inspire leadership and strong moral and ethical values among those they teach. 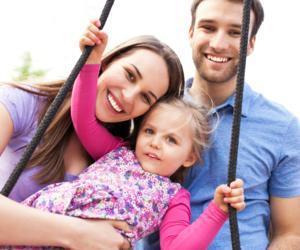 At WINGS, members are able to audition for productions such as "Wonderland," attend workshops, and be a guest at all productions. Children between grades kindergarten and 12 are welcome to join, and scholarships are available for those who may need them.

WINGS aims to use their presentations as means for awareness and inclusion when possible, and engage in other forms of outreach as well. Education of their children is the top priority, but they also foster community engagement and volunteering work.

"Wonderland" was created by the musical masters Tonya Hays and Genesis Be. Hays is the Creative Director of the WINGS Performing Arts Program and Genesis Be is a hip-hop artist, and they decided to combine their powers to offer insight into the lives of those with autism and their loved ones.

Many who have no experience with autism find it difficult to understand, and sometimes even overwhelming. That's why these two artists found making "Wonderland" so crucial. The work follows the difficulties thrown at a family when their son, Noah, is diagnosed with autism.

It becomes difficult for the family to communicate with Noah; however, his sister, Jenny, finds a new approach. She begins to use rhythm, spoken word, rap, and even echolalia to communicate with him, and is able to make a breakthrough (echolalia is the child-like repetition and mimicking of words).

While "Wonderland" itself was already breaking boundaries, the creators wanted to go even further in the power it could offer. Instead of simply hiring any actors, they decided to seek out ones who had some sort of experience with autism, usually having a family member or close friend impacted.

One cast member, Chris Clemons, himself has autism spectrum disorder. His role in the play is to personify many expressions of anger, stress, and frustration that those with autism battle on a daily basis. To do so, he flaps his arms, hums, walks on his tiptoes, clicks his fingers on available objects, uses a fidget spinner, and more.

But Clemons is far more than just an actor in the play; he uses his personal first-hand experience to ensure that the rest of the members are getting it right. While autism is a spectrum, and everyone has their own very personal experiences, he offers invaluable insight to make the work as accurate as possible. He is able to portray to them why people with autism think certain ways, or act out in manners that might sometimes seem unusual.

Ayden Lander plays Noah, the main character, and he explained how he got his background knowledge of playing the character, saying that in his elementary school he "saw a lot of kids and watched them. I do things in the show that they did."

Ladner went on to explain why the show is so important, and what it is teaching people: "A lot of people might know the story of the autistic child, but not what the family goes through, what the siblings go through."

Through the evolution of the show, certain characters become historical figures who had autism, creating another connection for the audience.

Christina Larson plays Hope, a friend of Jenny's who assists her with finding ways to connect to her brother. She explains how her character evolves, "for instance, my character is kind of like the White Rabbit in 'Alice in Wonderland.' But as the story goes along, you see that I am Emily Dickinson."

Similarly, Joseph Jones plays The Green Man, who also assists in Jenny's journey to find her brother inside himself. Joseph explains, "the Green Man is smart and wise, and then you get to see him as Albert Einstein."

Part of the reason that the writers chose to include these transformations in their characters was to illuminate that you never know everything about a person, and while you think you might, they can become so much more.

Hip-hop is a crucial element in the show. It especially relies on house hip hop, which is the choreographer, Eli Ladner's, specialty. Through the use of dance and music, an all-inclusive experience into the mind of someone with autism is offered in a deeply artistic fashion.

Genesis Be, co-writer and executive music producer, believes that hip-hop intertwines with autism in a way that many don't notice. She explains, "one of Noah's gifts is echolalia, or the repetition of words or sounds. Hip-hop is [a] great medium through which to express themselves. Tanya and I had to do in-depth research into communication challenges."

While conducting this research, the pair looked into the origins of hip-hop, and ways it might coincide with autism. To do so, they read "The Reason I Jump: The Inner Voice of a Thirteen-Year-Old Boy with Autism" by Naoki Higashida, as well as many works by Temple Grandin, a professor and autism spokesperson. One of the most moving passages they found was when Temple Grandin stated, "the most interesting people you'll find are ones that don't fit into your average cardboard box. They'll make what they need, they'll make their own boxes." This is one of the major messages they want to portray in their show, by using the musical art forms of rap and hip-hop, that have throughout history had to "make their own boxes."

While the play is targeted to make the audience understand those with autism more than they might currently, Thea Rose had a very specific revelation of her own. She is involved in the play, and acts alongside Ayden Ladner. However, her experience brought more than just an acting opportunity. She said that she learned more about her own brother, Barrett, who has autism by being a part of it.

One of the most powerful aspects of the show is at the end, when the audience is invited to ask questions to the creators or actors. Chris Clemons is available to answer questions about his own experiences with autism as well, which has been moving to many. Chris explains why understanding those with autism is so important, "I've been bullied my whole life. Everyone views me as weird."

His mom, Tonya Clemons, explains how watching plays like Wonderland can help to end these stigmas: "Knowledge is acceptance. It's the fear of the unknown. If they understand what's going on, they can accept someone."

Fortunately, Wonderland has made immense progress in the understanding, and therefore acceptance, of autism.

What are the early signs of autism spectrum disorder? 15 US States with the Highest Rates of Autism 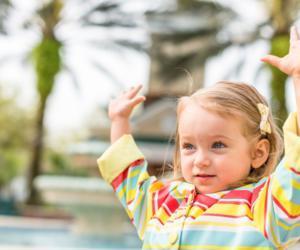 Is There a Cure for Autism? 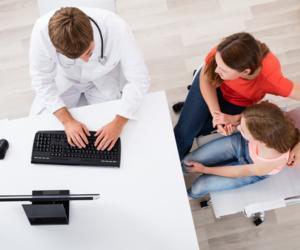 Reality Show About Raising Kids with Autism is Surprisingly Complicated