The renowned Microsoft CEO and philanthropist Bill Gates has recently spoken out to raise awareness of Alzheimer’s Disease, and to further research on the condition by making a generous $50 million donation to the cause. As many may know by now, Alzheimer’s is a disease that, at the very best, can only be slowed down. It can’t be cured; it can only be delayed and hinder its effects until its inevitable outcome.

Nevertheless, there are people like Bill Gates that, in the spirit of collaboration, and out of the kindness of their hearts, make generous donations, such as the one mentioned above, to try and change the grim outlook faced by Alzheimer’s patients around the world.

Alzheimer’s disease is a neurodegenerative condition, and one of the most common types of dementia (encompassing over 60 to 70 percent of cases), which affects over 29.8 million individuals around the world as of 2015. The disease is characterized by the progressive degeneration of the patient’s mental faculties, starting mainly with their short-term memory; one of the early indicators of Alzheimer’s is the difficulty to remember recent events. The disease then continues to advance and affects other areas such as language, orientation, mood, motivation, self-care, and behavior. As Alzheimer’s runs its course, the patient ultimately loses the ability to look after themselves and will slowly withdraw from society. In the end, the person’s body becomes unable to sustain its own functions, leading to an early death.

Those who receive an Alzheimer’s diagnosis are seldom able to live past 14 years after the condition has been identified. This is due to the severe cognitive impairment brought about by the cerebral degeneration produced by the disease, which leads to decreased functionality, disorientation and difficulties to perform even the most simple tasks. As a result, those who suffer from Alzheimer’s are more likely to hurt themselves, whether it be by falling or exposing themselves to risks if not assisted by a caregiver. The patients eventually become unable to care for themselves, and may frequently resort to alcoholism as a result, further shortening their life expectancy. Regardless, the most common causes of death brought about by Alzheimer’s are usually pneumonia and dehydration, with cancer occupying an immediate third place.

Fortunately, even after being the most common form of dementia, Alzheimer’s is still an uncommon disease, affecting around 5 to 8 individuals per every 1,000 inhabitants. Dementia itself only affects 10 to 15 individuals per every 1,000 inhabitants, which means that at least half of the new cases are Alzheimer’s. The most important risk factor for Alzheimer’s is age; as the person grows older, their probability of suffering from the disease increases. Every 5 years after the age of 65 doubles the risk of developing Alzheimer’s. Gender is also important in the incidence of the disease, as women — particularly those over the age of 85 — are much more likely to develop it than other individuals. Ethnicity also plays a role in Alzheimer’s incidence, though to a lesser extent. Non-Hispanic white individuals are at least 26% more likely to die due to Alzheimer’s than non-Hispanic black patients, whereas Hispanic individuals are 30% less likely to die from it.

Nevertheless, despite our current understanding of the disease, we still don’t know the specific mechanisms behind its appearance. Nearly 70% of the cases are attributed to genetic factors, with many genes involved in its inception. Other suspect factors are head injuries, the existence of lifelong medical conditions such as hypertension, and the presence of certain mental disorders such as depression or any type of anxiety. Complications in identifying it arise specifically due to its similarities with the normal aging process. For this reason, specific methods such as blood tests, cognitive testing, and mental imaging are paramount to identifying Alzheimer’s, as well as to rule out other possible causes of the patient’s symptoms.

Bill Gates’ donation is aimed towards increasing our current understanding of the disease and to help further research on the underlying causes that lead to its inception. As a person that has a history of Alzheimer’s in his family, Gates feels a personal commitment to assisting the medical community with their research, and to help increase the life expectancy and quality of life of both Alzheimer’s patients, as well as their caregivers, the latter of which are usually friends or family. It’s important to note that the donation in question comes from the philanthropist’s own pockets, instead of his charity foundation; such is his commitment to the cause. Furthermore, this act of charity will be followed by an additional $50 million later on, which will be used to fund several start-up ventures that will revolve around furthering Alzheimer’s research.

The number of Alzheimer’s patients is steadily increasing and is predicted to reach 16 million cases by 2050 (from our current total of 5 million cases in 2017). As the number of cases rises, so too does the country’s expenses in treating, a figure which is estimated to reach $1.1 trillion in 2050. As people are sitting down to read this article, which could take somewhere around 2 to 5 minutes, at least 2 to 4 new cases of Alzheimer’s will appear. Luckily, medicine has advanced to the point that these new cases will live longer than, say, those that suffered from the disease 10 years ago. However, their lives will still be hugely affected as the disease progresses, which renders those extra years somewhat irrelevant at the end.

Nevertheless, as science continues to conduct research on the disease, Bill Gates mentioned in a blog post his commitment towards furthering the cause of Alzheimer’s patients, as well as valuable areas of research that, in his opinion, would prove vital in improving our knowledge of the disease.

How to Deal with Aggression in Alzheimer's Patients 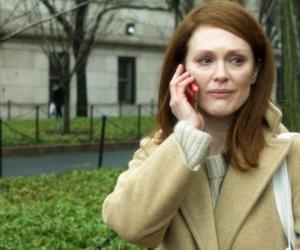 Still Alice: A Touching and Raw Portrayal of Alzheimer's...

What's the difference between Alzheimer's lesions and MS lesions?