What is black cohosh?

Black cohosh is an herbal flowering plant, which is mostly grown in various parts of Canada and the United States. It comes from the family of buttercup. The roots of this plant are dark colored, hence the name “black cohosh”. These roots are used for various medicinal purposes. Black cohosh was widely used for the treatment of many medical conditions in the past centuries. However, according to research these days, this plant is only used for treating medical issues related to menopause.

Other names of black cohosh 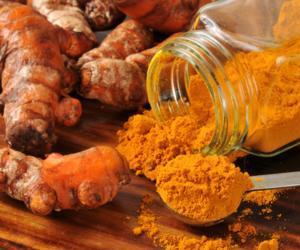 The medicinal properties of black cohosh were first introduced by the Native American Indians. Later, it was introduced to the European colonists. In the mid-1950s, black cohosh became a very popular herb in Europe, especially in dealing with women’s health issues such as menopause, acne, osteoporosis, premenstrual syndrome, and severe menstrual pain. It was also used to induce labor in pregnant women.

Apart from women's health issues, black cohosh was also used in the past by the Native Americans for other medical conditions, which include:

The use of black cohosh for such conditions has reduced these days. Some people would directly apply this herb on their skin thinking that it would improve their skin’s appearance as well as treat other skin problems such as warts and unwanted moles.

In the past, people had also used black cohosh for curing rattlesnake bites. However, its effectiveness still remains unproven according to research.

Black cohosh produces white-colored flowers from June to September. The roots of this plant have healing powers. Black cohosh acts as a mild sedative with anti-inflammatory and relaxant properties. It contains isoferulic acid and sugar compounds called as glycosides. Black cohosh also has diaphoretic, antipyretic, antifungal, and antibacterial properties.

How is black cohosh used today?

Since the roots have medicinal properties, they are dried and made into teas, converted into capsule form, or made into liquid extracts. At times, black cohosh is used as one of the ingredients in certain herbal mixtures.

To treat the symptoms associated with menopause, a general dosage of 20-40 mg is given. However, since the extracts and mixtures vary in the amount of black cohosh they contain, there is no standard dosage prescribed for this herb. People with osteoporosis can take 40 mg per day.

For those who have heart diseases, especially post-menopausal women, a daily dosage of 40 mg with three-month intervals is recommended. For people who have fertility issues, they can consume around 120 mg daily for 12-13 days. Taking black cohosh would boost the chances of a successful conception.

For menopausal women dealing with mood swings, taking 128 mg of ground black cohosh is recommended. It should be taken once daily for a period of one year.

Since black cohosh is an herb, there are chances that it may have some interactions with other drugs. For this reason, it is advisable to consult with a doctor before you make it a part of your treatment plan.

How does black cohosh work?

Research have also shown that black cohosh and estrogen, which is the female hormone, have similar effects. However, how it works on each body part may differ since it can either increase or decrease the estrogen level.

However, one should not label black cohosh as a substitute for estrogen since estrogen also has different effects on different people at various stages of life. Black cohosh can be thought of an herb, which works similar to estrogen.

Benefits and uses of black cohosh

Black cohosh is quite well known for its anti-inflammatory, analgesic, and sedative properties. Black cohosh is also known to have fatty acids, triterpenes, tannins, and isoflavones. Below are some of the benefits of the black cohosh herb:

Black cohosh has mainly gained popularity due to its treatment for menopause symptoms in women. Since black cohosh has a similar response to estrogen, it increases low levels of estrogen during the menopausal stage. Hence, black cohosh is also regarded as a natural hormone replacement. This herb is also known to treat hot flashes, which is a common occurrence during menopause. It is also considered safe for women during their menopausal period compared to medicinal hormone replacement therapy. It also helps with insomnia in women.

Black cohosh is also used to treat body tissue inflammation. It contains salicylic acid, which is said to replace the use of aspirin in the body for headache and other types of body pain. It can help patients with arthritis by relieving joint pain and inflammation. Other medical conditions such as congestion, cardiovascular disease, high blood pressure, and blood clot formation can also be treated with this herb.

Black cohosh contains natural analgesic properties, which can help in managing pain in the body.

Black cohosh enhances digestive functions pertaining to nutrient absorption and promotes waste removal on a regular basis. This would lead to a reduction in nausea, bloating, gas buildup, cramping, and constipation.

Women undergoing menopause may experience gain weight. This happens because of an increased production of fat cells when estrogen levels drop down in the body. However, when black cohosh is taken, weight loss is seen during this period. Maintaining a healthy weight during menopause can help prevent a number of diseases such as hypertension, diabetes, and stroke.

People tend to have less sleep and later develop insomnia when they are stressed. Less sleep would then take the form of a number of medical conditions. In such cases, consuming black cohosh would greatly help. Since black cohosh acts as a natural sedative, it tends to relax tensions caused by stress, insomnia, and anxiety. This, in turn, promotes a sound sleep. Ultimately, the regular use of this herb would lead to a healthy sleeping pattern. However, one should not take any other supplements or medication along with black cohosh. The herb itself is powerful and would not need any other substances to take effect.

Black cohosh has shown to reduce the effects of osteoporosis such as bone loss. This herb contains phytoestrogens and biological components, which help deal with bone problems.

Black cohosh has been widely used for the past few centuries to soothe muscle tension. It prevents spasms or painful cramps while ensuring proper functioning of the nerves.

Menopause tends to have several symptoms that affect the hormones and cause an imbalance. A hormonal imbalance leads to a number of other issues--one of which would be the sudden changes in mood. With the intake of black cohosh, it would balance out the hormones, thereby providing a stable mood. It ultimately helps people who are dealing with depression and tension due to stress or lifestyle changes.

Side effects associated with black cohosh

There are usually mild side effects associated with black cohosh. However, at times, there can be cases of more serious side effects in a few people. One of which is damage to the liver. Hence, people should not use black cohosh if they have a family history of liver disorders.

Moreover, black cohosh should be prohibited when there are symptoms of liver problems such as jaundice, dark-colored urine, and pain in the abdomen.

A few other side effects of black cohosh include:

Black cohosh should not be used during pregnancy or while breastfeeding. If taken while pregnant, then there are chances of an early labor. This herb is also not recommended for children. When black cohosh is taken by pregnant ladies, it can cause multi-organ damage to the unborn. There have been cases of black cohosh causing permanent damage to the brain of unborn babies.

Black cohosh should be cautiously used for people with a history of breast cancer, endometriosis, or uterine cancer. In addition, people with seizure disorders, a history of stroke, or illness pertaining to blood clots, should use this herb with care and use only after consulting with the doctor.

This medication is used to treat cancer. However, do not take black cohosh if you are currently taking cisplatin. The reason behind is that black cohosh can reduce the effect of cisplatin or it may not work as well as it should for treating cancer.

Apart from this medicine, other drugs that have a similar side effect if taken with black cohosh are methyldopa, pravastatin, erythromycin, isoniazid, amiodarone, and simvastatin.

What Is Valerian Root? 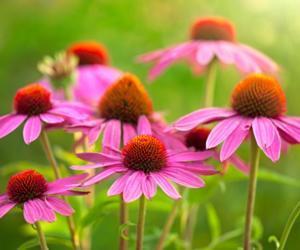 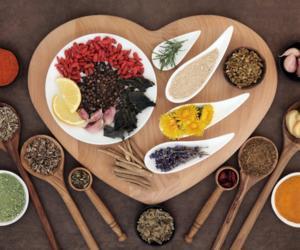