Katie DeMasi was diagnosed with Hodgkin’s lymphoma. She chose to blog and focus on the funny things to get through.

In May of 2016, Katie DeMasi graduated from the University of Delaware with a Bachelor of Science Degree in Nursing. The young woman already had a job lined up as a registered nurse at NYU Langone Medical Center in New York City. She had picked out her scrubs and spent a few of her summer days apartment hunting. Yet, little did she know, her life would soon be turned upside down. 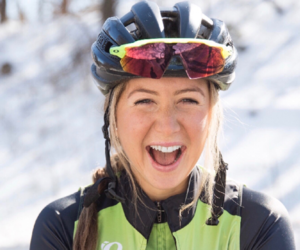 The good, the bad, and the strange

It all started when DeMasi began experiencing strep-like symptoms in the beginning of the summer. When the results of her strep test came back negative and her symptoms disappeared, she did not give it a second thought. That was until she noticed a swollen lump at the base of her neck that would not go away even after a round of antibiotics.

Less than a week before she was supposed to start her new job, DeMasi was diagnosed with Hodgkin’s lymphoma, a rare cancer of the lymphatic system. “I was ready to start my life and then this kind of put everything on hold” said the 22-year-old. What followed were endless doctors’ appointments, PET/CT scans, rounds of chemotherapy, blood work, and oocyte cryopreservation (also known as egg freezing).

Luckily, DeMasi was able to use her knowledge and expertise from nursing school to help ease her concerns. Although she had never learned about Hodgkin’s lymphoma specifically, she had learned about chemotherapy and some of the drugs she was taking. For instance, her chemotherapy treatment involved 12 rounds of ABVD – “A” stands for Adriamycin. “While everyone experiences side effects differently, I remembered from my studies that this medicine might cause your urine to have a reddish color. There was no surprise after my first chemo treatment when I went to the bathroom and saw reddish urine” said DeMasi.

As she remained focused on her health, she decided to turn her sometimes infuriating and sometimes hilarious journey with cancer into a blog titled ‘Tuesdays With Katie’. “It started because during this time I had my eggs frozen, I had all these doctors appointments, and funny things just kept happening — I was making jokes about it. I can be serious when I need to be, but in this matter I just felt like, ‘I’m gonna have a good attitude about this.’ I’ve always been the funny girl” said DeMasi. Tuesday was the day when she would gather her thoughts from the week before and reflect on how she was going to move forward and appreciate the entire process.

DeMasi wrote her first blog entry in October of 2016 and she was so nervous because she was not sure how others were going to react. But her friends loved it. “It was a good outlet, not only for me to just write about stuff, but it was also good because I didn’t have to get 500 texts every week about, ‘How was treatment? How are you doing?’ That’s overwhelming. This is a way to just let everyone know at one time that, like, ‘I’m doing fine. I might be nauseous, but I’m getting through it.’ People were happy to know that I was doing okay” she said.

DeMasi did feel a bit jealous when her friends began moving into the city and starting their jobs. She was happy for them, but at the same time, she felt as if a part of her was being left behind. “We were accomplishing things in different ways. I stopped focusing my energy on the things I was missing out on, and instead focused on the things I was doing. I was kicking cancer’s booty, day by day” she said.

In one particular post on her blog, DeMasi talked about shaving her hair. At the time, she had been doing yoga, but because she was losing her hair, she started feeling self-conscious. Then, she realized that just because she did not have hair or just because she was going through chemotherapy did not mean that she should feel embarrassed. “I should be proud of the fact that my body is still letting me go to these yoga classes and I think being able to write that down was a huge thing” said DeMasi.

While DeMasi initially started the blog as a way for her to share updates with friends and family, it also became a way to give/receive advice to and from others going through similar experiences. Today, ‘Tuesdays with Katie’ is followed by thousands of readers.

A blessing and a curse

Throughout her journey with cancer, DeMasi began to realize that she was getting closer to her career as a nurse - just not in the way in which she had anticipated. Her education helped not only to put herself at ease, but also to put her family at ease - especially her mother who came with her to every single doctor’s appointment. “Sometimes medical jargon can sound scary and confusing, so I was able to interpret that so it was much easier for my family to understand” said DeMasi.

She also enjoyed being surrounded by other nurses, talking with them about their careers and their long-term goals. DeMasi immediately connected with one nurse in particular named Judy. It was Judy who comforted her while she was undergoing chemotherapy. “She propped my head up on a pillow on the days when I just wanted to rest. She worked at the speed of light, making sure everything was where it needed to be. She advocated for her patients. She showed me how to be an amazing nurse” said DeMasi.

During her last day of chemotherapy, DeMasi gave Judy a necklace as a token of her appreciation. When she went back six weeks later to get the results of her scan, Judy was there with tears in her eyes and the necklace around her neck. “It now had two new charms from other survivors she treated. I would always be close to her heart, and she would forever be close to mine” said DeMasi.

“I had to be a patient to become a nurse”

Today, DeMasi is cancer-free and she has gone back to nursing after taking a year off. “I realized that being a nurse is something you can never forget how to do. Sure, maybe some medical terms have slipped my mind, but I can research that information. I cannot research how to be empathetic, or how to treat a patient with respect and dignity” she said.

Although DeMasi struggled with the transition, she stressed that had it not been for her diagnosis and the medical staff, she would never be in the current place in her career with her current outlook on life. “I now know what it is like from both sides – as the nurse and as the patient. While I wish I did not have to experience being a patient, I cannot change that. Instead, I am going to use my experience to be the best nurse I can be. I can put myself in the patient’s shoes, and give them the same kind of treatment I received” she said. DeMasi is still in anticipation for what’s to come, but she knows that it is going to be something wonderful.

Teen Who Battled Cancer Gives Back to Make-A-Wish

More from FindATopDoc on Hodgkin Lymphoma 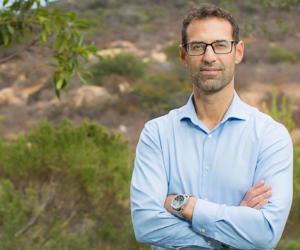 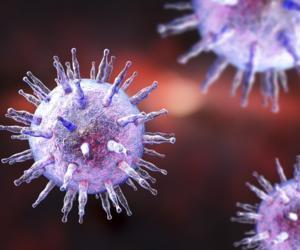 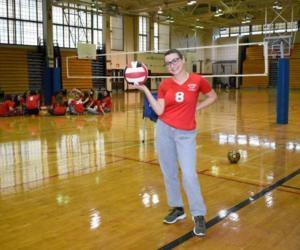