This pill has a "C 1" imprint. It is also round and blue in color. It has been identified as clonazepam 1 mg. It is used to treat anxiety, panic disorder, benzodiazepine withdrawal, and borderline personality disorder. It belongs to the drug class benzodiazepine anticonvulsants and is also used to treat insomnia. Accord Healthcare, Inc. supplies the medicine.

Evidence shows that taking this medicine during pregnancy can put the fetus at risk. Thus, it is put in pregnancy category D. Under the Controlled Substances Act, it has been classified as schedule 4 controlled substance. The strength of the medication is 1 mg. It is available only by prescription. The inactive ingredients present in this medicine are:

Clonazepam is available under the brand name Klonopin. It is an oral tablet available only by prescription. Its generic form is also available, which usually costs less. It is a controlled substance drug.

Clonazepam is also called as an anti-epileptic or anticonvulsant drug. The unbalanced chemicals in the brain are affected by the medicine. It also calms the brain and nerves.

Anticonvulsant drugs are used for several types of seizures such as atonic, photosensitive, myoclonic, epilepsy, and absence seizures. It is seldom effective in partial or generalized tonic-clonic seizures. It is believed to enhance gamma-aminobutyric acid receptor responses.

Generally, benzodiazepine relieves tension, nervousness, symptoms of anxiety, and some types of seizure by slowing the central nervous system. The FDA has approved the use of this drug for epilepsy and panic disorders, but in some cases, it is also used to treat social phobia, post-traumatic stress disorder, and mania. Benzodiazepines help relieve tension, anxiety, and nervousness since it is a sedative-hypnotic drug. The medicine blocks the effects of certain chemicals that are involved in the transmission of nerve impulses. Thus, the excitement level of the nerve cells is decreased.

Clonazepam has a more sedating effect than alprazolam when it comes to treating panic disorders. In patients with a previous history of depression, clonazepam may trigger episodes of depression, unlike other benzodiazepines drugs. The rate of depression is reduced in people using clonazepam for social phobia, although its use, in this case, is off-label.

Clonazepam is used to stop seizures and treat panic disorders. It may be used as a part of combination therapy, which means that it can be taken along with other medications. This medication is used as an anticonvulsant in the treatment of Lennox-Gastaut syndrome. It is also used to treat akinetic and myoclonic seizures.

The initial recommended dose is twice daily at 0.25 mg for panic disorders. It can be taken twice daily in increments of 0.125-0.25 every three days. For panic disorder, the target dose per day is 1.0 mg. However, some individuals may take a maximum dose of 4 mg per day.

The drug should be gradually discontinued when a person decides to stop taking the medication. The drug can be decreased to twice daily every three days at 0.125 mg. Although clonazepam is not FDA-approved for the treatment of post-traumatic stress disorder, it has been observed that if the dose is taken in the range of 0.25-3.0 mg, it may help treat the symptoms. For social phobia, the daily dosage may range from 1.0-2.5 mg. The dose can be as high as 10 mg per day for the treatment of mania.

Clonazepam belongs to the class of drugs known as benzodiazepines. Medications belonging to the same class of drugs work in a similar manner and usually are used to treat similar conditions. The activity of gamma-aminobutyric acid is increased by clonazepam.

GABA is actually a chemical that sends signals through the brain. Your body will be in an excited state if you do not have an adequate amount of GABA. It will cause seizures and panic attacks. Taking this drug increases GABA production, thereby reducing panic attacks and seizures.

You can tell that the medicine is working if you experience fewer seizures or panic attacks.

Primarily, clonazepam is used in the treatment of absence seizure, akinetic and myoclonic seizure, petit mal variant seizure, and nocturnal myoclonus as an anticonvulsant. In the central nervous system, GABA is a major inhibitory neurotransmitter whose activity is enhanced by clonazepam.

In humans, the spike and wave discharge in absence seizure is suppressed by clonazepam. Moreover, the frequency, duration, amplitude, and minor motor seizures are decreased.

How to take this medicine?

Treatment usually depends on the patient's age, medical condition and its severity, reaction to the first dose, and other medical conditions present. Clonazepam can be taken with or without food. The tablet can be crushed or cut. There is no need to ask for a new prescription for this medicine since it is refillable. The doctor will indicate the number of refills on your prescription.

The medicine is taken for short-term treatment only. Do not suddenly stop taking the drug to avoid having withdrawal symptoms, which may include anxiety, trouble sleeping, or irritability. Withdrawal symptoms may also be experienced if you miss a dose. An overdose may cause symptoms such as confusion, sleepiness, drowsiness, poor coordination, slow reflexes, and coma.

Make sure that you always carry this medication with you when traveling. Keep this medicine in your carry-on bag when flying.

Between GABA and the central benzodiazepine receptors, allosteric interaction occurs and can potentiate the effects of GABA. An increased inhibition of ascending reticular activating system is caused since GABA is an inhibitory neurotransmitter. It also blocks cortical and limbic arousal after reticular pathway stimulation.

The most common side effect of the drug is drowsiness. By interfering with the activities of the brain such as thinking, judgment and reaction time, it can slow down the activity of the brain. Thus, any heavy work that requires mental alertness such as operating heavy machinery or driving should be avoided. Other side effects include:

Mild side effects may go away within a few days or weeks. However, consult your doctor if the symptoms still persist.

The following side effects can be life-threatening and considered as a medical emergency:

Clonazepam may also cause diarrhea or constipation. In a few cases, clonazepam may cause blurred vision or menstrual irregularities.

Clonazepam can interact with other medications, herbs, and vitamin supplements. Make a list of all medications that you are taking and inform your doctor about them. The following drugs may interact and increase the risk of side effects:

People who have previous allergic reactions to the drug or any other drug belonging to the class of benzodiazepines such as valium should not take clonazepam. People with an impaired gag reflex or respiratory distress should be careful while using this medication since it can increase saliva production.

If taken, then it should be taken only under close supervision. The medicine should not be taken with other sedatives, alcohol, tranquilizers, or sleeping pills since clonazepam is a nervous system depressant. At first, a person may feel mentally sluggish and drowsy after taking the medicine. After a short time, the sedation usually goes away. When patients have an underlying depression and are taking clonazepam, they should be carefully monitored since they are more prone to suicide attempts.

Clonazepam tends to be rapidly and completely absorbed after oral administration. About 90 percent is the absolute bioavailability of clonazepam.

Kidneys excrete the metabolites of clonazepam. Most of the drug is metabolized and only less than 2 percent may be eliminated as unchanged. It is excreted in the urine.

The major toxic effects of the drug are somnolence, coma, confusion, and diminished reflexes. For seizure disorders, CNS depression is the most commonly reported adverse effect when clonazepam is used.

If you miss a dose, take it as soon as you remember. However, if it is almost time for the next dose, then skip the missed dose and take the next dose as scheduled. Do not attempt to catch up by taking double doses at once to avoid dangerous consequences or side effects.

Increased levels of this drug in your system can cause:

Every winter my son ends up with a nasty cold. Are...

More from FindATopDoc on Clonazepam Tablet

How do I know what is the right SPF for me? 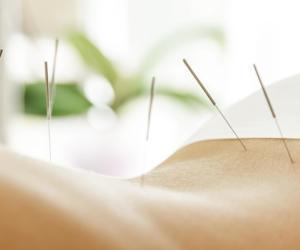 What Does Acupuncture Do?

Is Stevia okay for diabetics?