Campbell de Morgan spots are also referred to as red moles, cherry angiomas, or senile angiomas. It has been named after Dr. Campbell Greig de Morgan, a British surgeon who officially started a study on these growths during the 19th century.

Campbell de Morgan spots can appear anywhere on the body. However, they are commonly seen at the back, on the chest, and trunk. These growths can also appear in multiple numbers, which is a sign of another medical condition. These growths are said to be found on people who are 30 years old and above.

Does acupuncture help with anemia?

They also have a reddish appearance due to the collection of small blood vessels inside of them. These growths have an oval or circular shape. This kind of skin growth is usually not something to be worried about unless it would start to bleed very often or start to change its color, size, or shape.

Consult your healthcare provider right away if you start noticing any kind of bleeding or changes in the appearance of these growths. These changes are typical signs of skin cancer, which would require immediate medical treatment.

These growths are often small, ranging from a pinpoint size to approximately one-fourth of an inch in diameter. Some of these spots tend to appear very smooth and even with the skin, while others are slightly raised. These spots may bleed when they are scratched, cut open, or rubbed with something.

Campbell de Morgan spots can be confused with spider angiomas because of their reddish mole appearance. However, a spider angioma has characteristic thread-like reddish extensions that are similar to a spider's web. These extensions also expand out from the angioma or reddish spot.

Although the exact cause of these spots remains to be unknown, studies have suggested a genetic link, which makes certain people more prone to developing them. These growths have also been associated with certain medical conditions, pregnancy, chemical exposure, and climate.

Another factor is age. These spots are often noticed when people reach the age of 30 years old and above. They also tend to increase in number and size as people age. According to a study, over 75 percent of individuals who are older than 75 years old have these spots.

The appearance of Campbell de Morgan spots is not usually a cause for concern since they are often harmless. However, if you notice a sudden outbreak of these growths, it would be highly recommended to see a doctor. In rare cases, spider angiomas may indicate liver damage, such as cirrhosis.

You also need to see a doctor if the angioma starts to feel bothersome, changes its appearance, or start to bleed. If you want to remove the lesions for cosmetic reasons, schedule an appointment with your doctor to know your options.

In most cases, the removal and treatment of these spots are for cosmetic purposes only since they are harmless. Angiomas have four common treatment options, which include:

Cryosurgery is a common procedure used for the treatment of skin growths. It works by freezing off tissues. First, the doctor would administer liquid nitrogen to the affected area to freeze it. The application of liquid nitrogen causes the angioma to peel or blister before it falls off. In certain cases, angiomas may scab before they are removed.

Electrocauterization is a surgical procedure that uses an electric current through a tiny probe to burn angiomas. In this procedure, a grounding pad is placed on our body to protect your body from a surge of electricity.

This treatment method is usually done as an outpatient procedure, which means that it does not require a hospital admission. The number of treatment sessions usually depends on how many angiomas patients have. However, most cases require 1-3 treatment sessions. Laser surgery can also cause slight bruising, which may last up to 10 days.

In this method, angiomas are removed on top of the skin by shaving or cutting. A local anesthetic is usually applied to minimize pain. However, expect some discomfort and pain after undergoing the procedure. Excisions may also result in scarring.

Removing these growths at home is not usually recommended for the following reasons:

There are some case reports of individuals developing cherry angiomas after being exposed to products or metals that contain the element called bromine. Bromine is a chemical compound that can be found in numerous everyday items, such as plastic, baking ingredients, and prescription medications.

Currently, there is still limited solid proof to this theory. More research still needs to be done in this area to fully support the theory.

Something appeared in my intimate zone?

How is a gum infection treated?

Do You have a Death Phobia? You Have Thanatophobia

More from FindATopDoc on Cherry Angioma

How can I test my thyroid at home? 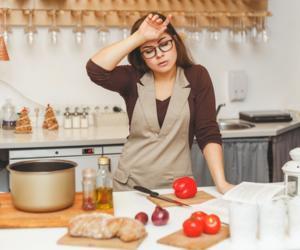 Learning to Cope with Celiac Disease and Gluten Sensitivity

How does a dentist kill a tooth nerve?