One of the main causes of diarrhea is Campylobacter. It is also one of the major causes of foodborne illnesses. When it infects the gastrointestinal tract, it can cause cramps, fever, and diarrhea. Campylobacter infections can be prevented by good handwashing habits and food safety. In some cases, antibiotics may be needed.

Campylobacter is found in the gut of numerous domestic and wild animals. This bacteria can be passed to humans when the feces of these animals contaminate water (rivers or streams) and food, especially poultry. Campylobacter usually infects the intestinal lining of humans. However, it can also affect other body parts. When bacteria get into the bloodstream, it can lead to bacteremia, especially in young children and people who have chronic diseases or weak immune systems. 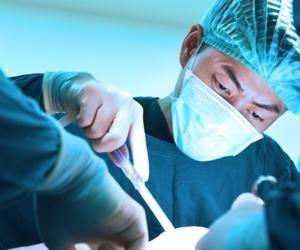 What Is an Ear Infection?

The disease is called campylobacteriosis, which is caused by Campylobacter jejuni. Typically, this illness causes diarrhea. However, it can also cause abdominal cramps and fever. Humans can get Campylobacter after eating poorly cooked meat, particularly undercooked chicken.

It is one of the common causes of foodborne illnesses. The rate of campylobacteriosis in infants is especially high since their immune system is still immature. However, young adults are also at risk of this illness since they have a lesser experience when it comes to cooking and handling raw meat.

Some degree of immunity against Campylobacter is developed by most healthy people as they mature. Thus, cases of Campylobacter infection tend to be lower in adults. Aside from undercooked meat, people can also get the infection through unpasteurized milk and contaminated water.

Sometimes, people get infected by Campylobacter when they accidentally touched their pet that is sick with diarrhea, handled raw meat, or traveled to developing countries where the sanitation is poor. Moreover, Campylobacter does not usually spread from one individual to another.

The symptoms of campylobacteriosis start to show within seven days after ingesting the bacteria. The main symptoms of the infection are:

A patient’s diarrhea may initially have a watery consistency. Later in the infection, the stool often shows mucus and blood. In some cases, patients report severe abdominal pain than diarrhea. In such cases, the condition may be easily confused with appendicitis (swelling of the appendix) and pancreatitis (inflammation of the pancreas).

Vomiting and diarrhea are the most common symptoms of campylobacteriosis. When it comes to diagnosing the illness, doctors usually ask the patient for a stool sample for laboratory examination. Patients will be given a specific container for their stool sample. The results may take days before release. Doctors may also order certain blood tests in rare cases.

After visiting a doctor, most children diagnosed with Campylobacter infection and are not dehydrated usually recover at home. Children are required to drink plenty of fluids while parents are advised to watch out for any signs of dehydration. Soft drinks and other sugary beverages can worsen diarrhea. For this reason, these drinks must be avoided while recovering from the illness.

A Campylobacter infection usually resolves on its own without taking medicine. However, doctors may sometimes prescribe antibiotics, especially in patients who are very young and those who have severe symptoms. The antibiotics that can be used for Campylobacter infections are azithromycin, ciprofloxacin, and levofloxacin. Doctors may even recommend the use of antidiarrheals, such as loperamide, to slow down the bacteria. Diarrhea usually goes away after 2-5 days, and a full recovery is expected within a week.

Seek immediate medical help if you have any of the following conditions:

Campylobacter infections can be prevented by using and drinking safe and clean water. Moreover, only drink pasteurized milk. Avoid drinking water from streams, particularly water sources that pass through areas where animals feed.

When preparing food, wash your hands thoroughly after handling raw meat, especially raw chicken. Bacteria present in meat and eggs can be killed when foods are properly cooked. Cooking utensils, cutting boards, knives, and kitchen countertops must be cleaned using soap and hot water to eliminate the spread of infection. Also, make sure that leftovers are kept refrigerated.

Practicing good hygiene is the best way to prevent Campylobacter. When preparing food, take care and see to it that the food is cooked well. You can also use the four Cs as your guide:

After several days, many healthy adults recover from the infection. However, in some cases, diarrhea may persist up to 10 days. Other than dehydration, it is very uncommon to have other complications, although reactive arthritis (painful joint disease) and Guillain-Barré syndrome (rare autoimmune disorder) were reported in a few cases.

Most Campylobacter infections are self-limited without requiring any type of therapy. For this reason, the disease has an excellent prognosis. The infection may not extend to more than a week, but in some cases, patients may have relapsing bouts of diarrhea, which may persist for several weeks.

Deaths due to Campylobacter jejuni infections rarely occur. If it does, the affected patients are usually those who have poor immune systems or the elderly. Death also occurs in young healthy children secondary to loss of total body sodium.

Can a chiropractor fix kyphosis?

How many times a day can you rinse your mouth with...

More from FindATopDoc on Campylobacter Infections

How do you get rid of tonsil stones permanently? 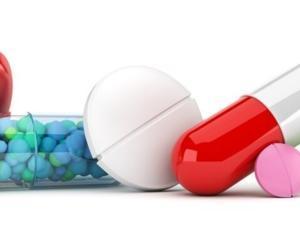 Lisinopril: What Are the Side Effects and Dosages of... 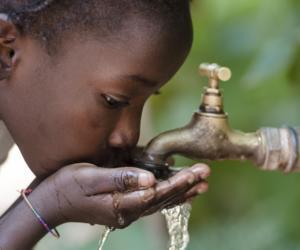