What is a rib cage?

A human rib cage consists of 12 pairs of ribs, which are symmetrically paired on both sides of the body. The rib cage shields the organs located in the chest region, which include the lungs and heart from any kind of damage or injury. The ribs are attached to the sternum (breastbone), which is a long flat bone that is situated down to the center of the chest.

The liver is situated at the lower right side end of the ribs while the spleen is on the left lower side. Both of these organs are protected by the ribs. Just below the rib cage are the kidneys and the gallbladder. An individual would start to feel pain near or around the area of the rib cage if any components of the rib cage, which includes the cartilage and bones are affected by certain medical conditions or injury.

How Often Should You See Your Chiropractor?

What is rib pain?

A rib cage pain can be a sharp, achy, and dull pain that is mostly felt in the chest or below it. It can also be felt above the navel on either side. A rib cage pain is usually known to occur after an injury. Sometimes, the pain just randomly occurs without any reason.

Most of the time, carrying out intensive sports or an injury can cause certain discomforts in the rib cage region. In such cases, the pain usually goes away after taking a rest for several days. However, it is recommended to seek medical help when pain is getting worse just below the right rib cage or when the pain is consistent and lasts for a longer duration.

A rib cage pain is said to occur due to a variety of causes from a muscle being pulled to a possible rib fracture. After an injury, rib pain may immediately or gradually occur over time. In certain cases, a rib cage pain can also be a sign of an underlying medical condition. Hence, it is important to immediately report any instances of unexplainable rib pain to the doctor rather than waiting for it to heal on its own. Moreover, rib pain may worsen over time without proper care.

The doctor would conduct a physical examination along with imaging scans to properly identify the underlying cause. Below are some of the possible causes of rib cage pain:

An injury is said to be one of the common causes of rib cage pain. An injury caused to the chest can be due to falls, sports-related contact, or traffic collisions. Certain types of injury to the rib would include bruised ribs, pulled muscle, broken ribs, and fractured ribs.

The pain in the rib cage, which occurs after an injury is mostly diagnosed with the help of an X-ray to highlight any fractures or broken bones. The doctor can also conduct other scans such as an MRI to detect any possibility of soft tissue damage.

It is also known as pleuritis, which is an inflammatory condition that affects the linings of the chest and lung. The thin tissues that line the chest and lungs are called pleura. When they are in a healthy state, they tend to smoothly slide across each other. However, when inflammation is present, it causes them to rub against each other, thereby leading to a significant amount of pain in the chest region.

Due to the discovery of antibiotics, pleurisy is said to have occurred lesser than before. Moreover, even if it does occur, it would mostly turn out to be a mild occurrence that tends to go away on its own without much treatment required. This condition is mostly known to last from a few days to two weeks’ time.

Costochondritis is a type of inflammation that affects the cartilage, which connects the rib to the sternum (breastbone). This condition may mimic one of the symptoms of a heart attack, which is chest pain. It is also often confused with Tietze’s syndrome. Both conditions have almost the same symptoms, but they are not the same. Tietze's syndrome involves an inflammation of the chest wall accompanied by pain.

Costochondritis usually happen in the cartilage that joins the upper ribs to the sternum or the costosternal joint. The severity of the rib cage pain due to costochondritis would range from mild to severe. The symptoms of this medical condition would include pain and tenderness in the chest area when it is slightly touched. In severe cases, pain can radiate down the limbs and can interfere with an individual's daily routine. Certain cases of this syndrome would resolve on its own without any need for treatment, whereas a few other cases would need a medical intervention.

Gallstone formation usually does not show any symptoms. However, when symptoms do occur, they include nausea or vomiting and sudden pain just below the sternum. At certain times, an individual may have a fever along with a rapidly increasing heart rate. Shooting pain also tends to move toward the right shoulder. The pain may become intense when the stones block the flow of bile. Gallstones can be treated through surgery or with medications.

It is a chronic medical condition that causes muscle and bone pain all throughout the entire body. Fibromyalgia is known to affect 2 percent of the US adult population, which predominantly affects women. Few studies carried out suggest that certain non-specific types of chest pain, which include rib cage pain is seen as a quite common occurrence to people with fibromyalgia.

In the United States, lung cancer is the second most common type of cancer. One of the common symptoms of lung cancer is excruciating pain in the rib cage or chest region that often gets worse when an individual tries to breathe deeply, laugh or cough. Other symptoms to watch out for would include coughing up blood or phlegm, wheezing sound, and shortness of breath.

Lung cancer has a poor prognosis with an increasing number of deaths among men and women. Individuals who are at the early stage of lung cancer have a better chance of being cured if the diagnosis and treatment are timely carried out. Thus, an early diagnosis and intervention may help avoid it from getting fatal. Metastatic lung cancer is life-threatening and quite difficult to treat. This condition also causes pain in the rib cage or chest region.

During the early stages of kidney stones, most patients usually complain of pain that begins on their side and back, particularly just below their rib cage, which is the location of the kidneys.

This condition is known to occur when an artery in the lungs becomes blocked due to a blood clot. Pulmonary embolism can cause pain in the rib cage along with other symptoms such as rapid breathing, anxiety, sweating, shortness of breath, irregular heartbeat, feeling lightheaded, and excessive coughing.

It is a quite serious medical condition that can damage the lungs and other organs due to low levels of oxygen in the blood. Any individual who experiences symptoms of pulmonary embolism should immediately consult a doctor. It has been estimated that around 30 percent of individuals diagnosed with PE and do not receive prompt treatment would die. Thus, an accurate diagnosis and treatment can prevent further complications.

People with irritable bowel syndrome (IBS) often experience trapped gas, which can cause pain in the lower chest just below the rib cage. The pain may vary from mild to severe and includes other symptoms such as nausea and excessive belching or burping.

Can I use gtn spray?

Is chest heaviness related to my past heart issues?

Is it normal to have toothache after a dental cleaning?

More from FindATopDoc on Rib Injuries 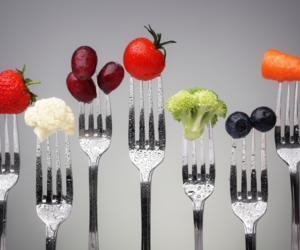 Which is cheaper metal braces or Invisalign? 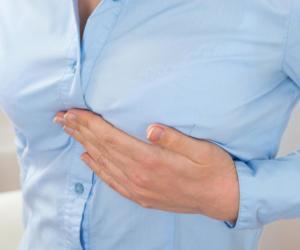 Sprained Ribs: What You Need to Know

Sprained Ribs: What You Need to Know