New York journalist Scott Pelley is being celebrated by the Cystic Fibrosis Foundation for his tremendous efforts to CF awareness. Read on to learn more.

For people who don't have any personal connection to cystic fibrosis, the condition is often overlooked. The general public doesn't really know what goes on in the life of someone suffering from cystic fibrosis, and they may not be aware of what it means to have the disease. Lack of awareness can lead to a lot of pitfalls when it comes to those who live with this condition. For example, they may feel ostracized by their peers because they live in a community that doesn't understand why they are different. Because the disease begins in infancy, many patients are children who may feel bullied or excluded from their classmates and peers. 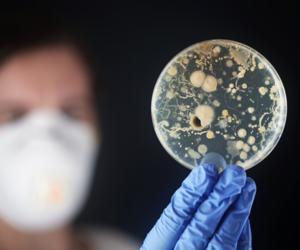 Why public awareness is so important

In addition to public acceptance and understanding, it's also important to raise money for future research in cystic fibrosis.

There have been wonderful advances in the treatments available for those who have the condition, but we can't stop yet. We need to constantly improve the lives of those who were unfortunate enough to be born with this mutation. It's nobody's fault that someone has cystic fibrosis, and we need to do everything in our power to help them.

With better awareness comes better funding. People are more willing to donate and support a cause if they understand what they are supporting. That's why we need to help raise awareness of cystic fibrosis in our communities, just as Scott Pelley has done in his.

Who is Scott Pelley? Scott Pelley is a lead journalist from New York. He is best known as the correspondent and anchor for CBS News for nearly 3 decades. He is also on the popular CBS program 60 minutes.

Aside from his career success and TV fame, Scott Pelley is also a kind-hearted philanthropist. He is the recipient of the Breath of Life Award this year during the 14th annual Breath of Life Gala. This award was presented by the Cystic Fibrosis Foundation and is always given to a generous donor and supporter of the foundation to commemorate their dedication. Over 500 supporters and friends of the Foundation came together during the event to honor Scott Pelley as he received his award. The night raised 1.4 million dollars to help support research and medical programs for cystic fibrosis.

Michael Boyle is the senior vice president in the department of therapeutics development at the Foundation. He presented the award to Pelley, announcing their pride in his enduring and tireless dedication to their cause.

Scott Pelley had been a supporter of the Cystic Fibrosis Foundation for over a decade. You might think that the man is so dedicated because of some personal connection to the disease. But it turns out that he is simply a good guy. Nobody in his immediate family, nor do any of his close friends, have this condition. He was first inspired to help the cause when he met a friend of his family who had the condition.

Scott Pelley saw that people with cystic fibrosis need help. So for the next 10+ years, he helped make the public more aware of the disease. He worked tirelessly, emphasizing how challenging the disease can be for people who suffer from it. He urged the public to lend their support because these patients really need it.

A strong track record with the Cystic Fibrosis Foundation

Pelley did a few news broadcasts dedicated to cystic fibrosis. He also offered a friendly face and welcomed guests who attended the North American Cystic Fibrosis Conference. He also served as an emcee for the New York Breath of Life Gala over the last ten years. With his help, the Gala became one of the most successful fundraisers of cystic fibrosis in the country. He is also a supporter of the Metro D.C. Chapter's Breath of Life Gala.

Pelley uses his journalism savvy for a wonderful cause

Pelley has always been a supporter of the foundation by always helping to promote awareness of the disease to the public. You can see him reining in his journalism talents and using them to help educate the public about how important it is to help patients living with this condition. He's anchored numerous news stories about breakthroughs, he's made many televised educational announcements, and he openly talks about his active support for the Foundation. His charisma and public role have been invaluable to the success of the Foundation's efforts.

His resume of endless support just doesn't do this guy justice. To kind of give you an idea of just how dedicated he is, Boyle shares a time when Pelley really showed is dedication. As a dedicated emcee for the Breath of Life Gala in New York, Pelley actually caught the last minute, late-night flight back from Europe from a breaking news story, just so he could be there at the Gala event.

Pelley, with his wife and kids by his side, is an incredibly selfless supporter of the Foundation's mission

At Pelley's side are his wife, Jane, and his two kids, Reece and Blair. His whole family has all joined him to selflessly embrace the mission of the Cystic Fibrosis Foundation. Pelley has shown compassion, integrity, and deep thoughtfulness to both his career and his dedication to help others. His efforts have not gone unnoticed, and they have helped thousands of people suffering from cystic fibrosis.

At the Gala, they played a tribute to Scott Pelley honoring his unwavering support to the Cystic Fibrosis Foundation over the years. You can see this video montage here at https://www.youtube.com/watch?v=F09UYeFLObg.

Healthier Ways to Gain Weight for Those with Cystic... 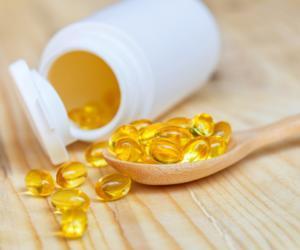 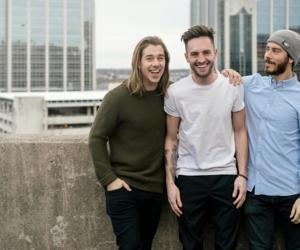 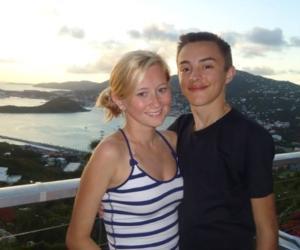