Not only did this chef win "Chopped", she also has celiac disease. Learn about how she came up on top!

Have you ever watched Chopped where contestants are given weird ingredients and told to come up with something great in a matter of minutes? Nicole Marchetti was given tuna belly, black radishes, bacon popcorn, and key limes as her main ingredients. What in the world could someone cook with that?

Nicole came up with a ceviche made with tuna belly and key lime, and a black radish chip and coconut milk popcorn drizzle completed the appetizer. This appetizer was so impressive that Nicole went on to the next round of Chopped, which plays on the Food Network every Tuesday night.

That’s not all. Nicole went on to serve the judges braised lamb with toban djan lentils and spinach. The judges were impressed. As her final course, Nicole placed maple ice cream on an almond cookie tower. The result? Nicolle became the next Chopped champion.

Marchetti was picked to perform on Chopped by just filling out an application online. She had no idea what to expect when she was on stage, and it was a bit overwhelming. But, Nicole says, you just go and cook your heart out.

Nicole Marchetti is only 30 and has spent most of her life in restaurants. She started out making toast in a restaurant near her hometown of Pottstown. Next Marchetti went to the Culinary Institute of America in upstate New York and worked her way back to Pennsylvania to work in high-end restaurants.

Marchetti loves to cook, but she had to take a step back and slow down; she was just too busy to take care of her family. She is now teaching future chefs at the Lancaster County Culinary school, which gives her time for Richard, her husband, and their 8-month old daughter.

Impressive, and it is wonderful when someone gets to live their dream, but what is so different about Marchetti? Simple, Marchetti is a chef who has celiac disease and cannot eat gluten. In fact, it’s remarkable that she can even be around gluten and work with it.

Marchetti was diagnosed with celiac disease when she was 21-years-old, and has been suffering from this chronic nutritional disorder since. Her daunting symptoms include nausea, headaches, chronic diarrhea, and brain fog whenever she ingests gluten.

Gluten is the protein found in wheat, barley, and rye. It is the glue that makes dough sticky and bread stick together. For a chef, not being able to eat gluten can be a problem.

After her celiac disease diagnosis, Marchetti wanted to learn how to cook for those with allergies and intolerances. She began teaching at the Culinary Institute of America to fulfill that goal. She developed a supplemental syllabus for students with celiac disease and was eager to help the Institute prepare their food.

Marchetti says that with celiac disease she has to find a way to cook other types of dishes. She can tell if something is overcooked or undercooked, and she uses her sense of smell. Marchetti also has other people taste her food.

The fact that others need to taste her food is actually a plus for Marchetti. She gets the feedback she needs on her creations and gets many different opinions. These opinions make her an excellent cook.

Her experience gave her a valuable education. She is just given different ingredients, throws ingredients together and hopes it work out. It is a challenge to deal with those ingredients in only 10 or 20 minutes.

Marchetti did receive different opinions and criticisms, and she is using them in her work

Although her win was spectacular, Marchetti had to keep it secret for six months until the show was aired. Her victory and the wait time has improved her teaching, and she loves interacting with students. Every day is an adventure, and she knows her knowledge and skills are challenged.

With the prevalence of cooking shows and YouTube videos about cooking, Marchetti finds that students try to take shortcuts that often don’t work out. One student saw a video about making a special sauce in an immersion blender rather than the traditional way overheat. He failed.

Nicole Marchetti’s criticism to that student? "After it was over, I said, 'you can do that. You still need to make your emulsion over the heat, though.'" Marchetti knows that being traditional is still the way to win.

Celiac disease is a challenge for anyone, but for a chef and a cooking teacher, it is a particular test. You can’t use gluten or taste your dishes. You have to rely on others to let you know if a specific recipe is good or not.

Marchetti has overcome these challenges, and she went on to win the Chopped competition. However, if you read Marchetti’s recipes you will not find any bread or gluten dishes in her foods. Coatings and sauces are gluten-free, but they're still tasty.

Marchetti knows what will happen to her body if she even tastes something laden with gluten. She takes steps to protect herself and avoid the signs and symptoms of celiac disease.

An autoimmune disorder that causes damage to the small intestine when gluten is ingested characterizes celiac disease. Celiac disease may affect 1 in 100 people worldwide. There are two and one/half million Americans who are undiagnosed and are at risk for health complications. 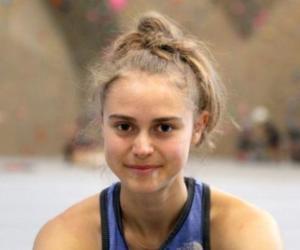