It's hard for kids to understand what's happening to their bodies, making it even harder for them to stick to strict diets for their inflammatory bowel disease. 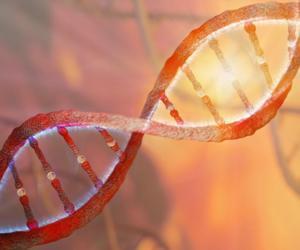 For Some Crohn's Patients, This Dysfunctional Gene...

Children have a harder time with understanding consequences for their actions. This holds true even for inflammatory bowel disease. It can be hard for parents and other loved ones to watch children go through the pain of a serious illness. You can't explain to them what's happening the same way you do for adults. For them, they just feel the pain, and that's all that matters.

In inflammatory bowel disease, keeping a strict diet and avoiding triggers can play a big role in treatment and management. Symptoms get worse when certain types of food are eaten, but often, kids don't fully understand this direct cause-and-effect relationship. Though adults sometimes slip up on their diets and medication regimen, it's really hard for a kid to stick to these things, especially when they aren't constantly being supervised. When they are at school and around other kids who are enjoying junk food or other forbidden snacks, kids with inflammatory bowel might feel left out. It's also harder for a child to understand why it's not okay to eat certain things. The pain and the suffering that comes with childhood inflammatory bowel really quite different than it is for an adult.

Besides having a difficult time understanding their disease, kids with childhood-onset inflammatory bowel disease have a greater chance of developing cancer in the future.

It seems that there are more than just dietary challenges and painful symptoms when a child has inflammatory bowel disease. A new Swedish study has found that there is also an increased risk for cancer in these kids. Based on previous literature, it's been found that the rates of colon cancer among adults who have inflammatory bowel has been on a decline. This may be due to the fact that there's been a widespread adoption of routine check-ups in the form of surveillance colonoscopies, making sure that no one with Crohn's or colitis is harboring a brewing cancer.

But nobody had investigated whether childhood inflammatory bowel disease was associated with increased risks of cancer. To fill this gap in knowledge, the researchers decided to take matters into their own hands. They conducted a cohort study based on the Swedish Patient Register data dating from 1964 to 2014. That's about 50 years of patient data! It was important to span a huge time frame because researchers wanted to catch the cancers that these children would eventually develop as adults.

From this massive database, they collected information on childhood diagnoses of inflammatory bowel disease, any relevant medications or surgeries performed, family history of cancer, and any eventual diagnoses of cancer.

Certain types of inflammatory bowel disease carried higher risks than others, especially if diagnosed at a very young age

Turns out that people who have inflammatory bowel disease diagnosed as a child carry a 2.2-fold higher relative risk of developing cancer later on in life. This risk was even more pronounced for people with ulcerative colitis rather than Crohn's disease. This risk was even higher as people were diagnosed at younger ages. There were some special types of ulcerative colitis that carried the highest cancer risk, such as patients who had associated primary sclerosing cholangitis. This type of inflammatory bowel disease also involves an autoimmune attack on structures within the liver and gallbladder, leaving behind permanent scar tissue.

Specifically, colon cancer, small bowel cancer, and liver cancer were among the types of cancers that were associated with increased risk for people with inflammatory bowel disease. As you can see, most of the associated cancers are of gastrointestinal origin.

Researchers believe that the high rates they saw might be attributed to the fact that people who have inflammatory bowel are likely going to get checked. What they mean is that those who suffer from Crohn's or colitis are the ones that are going in for surveillance procedures like endoscopies and colonoscopies, to begin with. Since they are getting checked more than the general population, it makes sense that we are catching more cancers in this population of patients.

Chronic inflammation in Crohn's and colitis can promote cancer to develop

That's not to say that inflammatory bowel doesn't have pro-cancerous features either. Crohn's and colitis are driven by a dysfunctional immune system that is constantly revved up at attacking your own body. One of the risk factors for many cancers is the presence of unchecked, chronic inflammation.

The authors concluded that no matter what the reason behind this observed, increased risk of cancer with childhood-onset inflammatory bowel disease, it's important to take home one message. We need to make sure we need to carefully monitor people who had inflammatory bowel disease diagnosed as a child. There is a dire need for further research so that a strategy for cancer surveillance can be put in place.

More research is needed to confirm this increased risk of cancer in childhood inflammatory bowel disease.

Based on this investigation, there needs to be more studies to follow patient cohorts. More evidence is needed to support an increased cancer risk seen in childhood-onset inflammatory bowel disease.

An increase in diagnosis

Worldwide, there has been an increase in the number of children being diagnosed with Crohn's or colitis. This means that more and more families are faced with many difficult decisions regarding both treatments of the inflammatory bowel disease and surveillance for any cancers. That's why we need to push for more research so that families are more informed about the decisions they need to make. 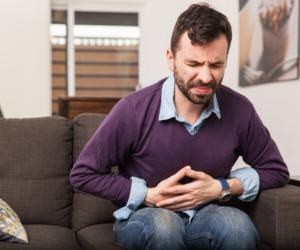 What are the symptoms of colitis?

Why Clinical Trials Are Essential for Crohn's and Colitis Treatment Advancement