While patients may entirely admire and respect their doctors, sometimes they simply do not agree with the course of action they are proposing. While this may not be a big deal for a visit about a cold or something minimal, it can be life-altering for those with chronic conditions. That is why a survey has been produced for doctors to gain insight and understanding into therapy choices that chronic lymphocytic leukemia patients would prefer.

The survey and its results, called "Patients' priorities in selecting chronic lympocytic leukemia treatments," wanted to give doctors further access into the opinions of their patients, in order to best make recommendations that would have the most positive reception. 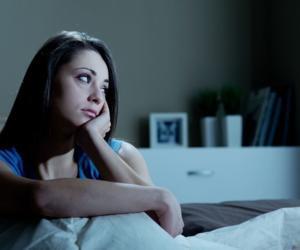 What are the Signs and Symptoms of Leukemia?

Carol Mansfield, PhD, of RTI Health Solutions is the lead author of the study, and made the decision to embark on the project in an effort to be more aware of what the top influencers in patient's decisions are, and how they impact their long-term goals for treatment.

The researchers, while collaborating with the Leukemia & Lymphoma Society, Genentech, and the Lymphoma Research Foundation, requested 384 CLL patients rank five different variables based on what is most to least important to them regarding treatment. These variables were mode of administration, progression-free survival, typical severity of diarrhea, risk of organ damage, and probability of severe infection.

In an official press release, Mansfield explained why these specific options were important for doctors and other caregivers to understand: "While every patient wants the most effective drug with the fewest side effects, most people don't have that option available. By asking patients to make tradeoffs and rank their preference, we can form an understanding of how patients approach their treatment."

The study has been published in the American Society of Hematology journal Blood Advances.

The need for communication

The survey is especially important during this time because there have been many recent progressions made in leukemia and lymphoma research, meaning that there are more therapies available to patients than ever before, with new ones coming out constantly. It can be difficult for patients to stay up-to-date on the advancements, and while their doctors might, it is possible to lose touch with the patients' desires or concerns. Each new therapy has individual benefits, side effects, and prices that must be analyzed in a manner that is personal to the patient and their preferences.

The survey found that the top priority of those with chronic lymphocytic leukemia regarding multiple treatment scenarios is "longest progression-free survival." Therefore, the respondents are open to have a slightly diminished effectiveness within their therapies if it means they will be capable of missing out on serious adverse events.

During a follow-up to the initial survey, researchers asked patients to choose between two medicines that had differing price points, and 65 percent of those answering altered the decision they had made previously.

Mansfield explained what was likely to lead to these findings: "We used the results from the discrete-choice experiment to forecast the probability that a respondent would pick each hypothetical drug without any mention of cost and then compared that to the choices people made when out-of-pocket costs for these medicines were included ... Cost is clearly something that has an impact. When patients get prescribed something they can't afford, they have to make very difficult choices. We hope that our findings can help doctors have frank discussions with their patients about the differences between treatments and how these might affect their lives."

While a therapy's effectiveness was ranked as the highest, it was closely followed by lower risk of serious adverse events. Researchers explained that the trade-off for accepting a 30% risk of serious infection was heightened ranging from the time of diagnosis to where disease progression or death occurs, by approximately three years.

While these are the most important factors, it was also for researchers to gain insight to what the least important factors were for patients, as some doctors may be dictating their treatment methods based on a false assumption that patients are adamant about factors they weren't. So, what was the least important factor for patient decision-making? That would be how the therapy was administered. While a few would rank this slightly higher than last, it was the overwhelming option continuously near the bottom of decision-making.

Mansfield explains the importance of the results: "This research brings home the point that each patient has unique circumstances and choosing the right treatment means weighing the different efficacy profiles and side effects against the patient's priorities. A successful outcome can be different from one individual to the next, and the outcome they desire depends on their circumstances."

While this survey is certain to impact the communication between doctors and chronic lymphocytic leukemia patients, it may also set a standard for other studies, and bring awareness to the need to further express patients’ desires and control over their treatments to medical professionals.

Patients dealing with chronic lymphocytic leukemia already have a massive ordeal on their hands, and struggling to communicate with their doctors should not be added to the problem. Of course, it is important to voice your own opinions, but giving medical professionals a better baseline understanding of what is important to their patients will ease these lines of communication, and comfort many to know that they are not the only ones who share these preferences for treatment.

Previously, it might have been an embarrassment for some to voice that they would rather alter their form of treatment than pay a heftier amount out of pocket, but now many are aware that those going through the exact same situation are having similar fears and anxieties as they are. By informing doctors of how prevalent this concern is among patients, they will be more likely to offer cheaper options of their own volition, so the patient does not have to endure the sometimes embarrassing or uncomfortable task of asking themselves.

Another benefit of the study was to empower patients, since they often feel as if they do not have a say in their own treatment. The massive number of options can be overwhelming to many, and therefore it can be tempting to simply give up on being involved in therapy decisions, as you might feel as if not entirely understanding each approach bars you from voicing your opinion. However, while it is important to remain open to each treatment option, as in most circumstances your doctor will have a very full understanding of the choices, never feel as if you cannot discuss oppositions to the suggestions of your doctor - even if you do not have a full understanding of each element. Keeping an open line of communication will be the most important step in your treatment, and in remaining comfortable and confident in your doctor. 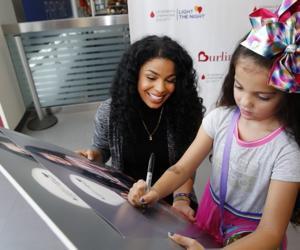 Can hemophillia be treated completely? 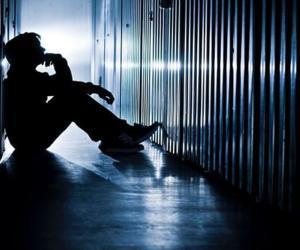 How This Drug Could Become the Standard for Mantle Cell Lymphoma