Fans are devastated as news circles that former MMA Champion George St-Pierre may have to retire completely due to his battle with colitis.

While Georges St-Pierre has a lot of fighting under his belt, the next one he will have to win will be against colitis. In a recent interview, fans were shocked to hear his coach, John Danaher, hint that permanent retirement may be impending. 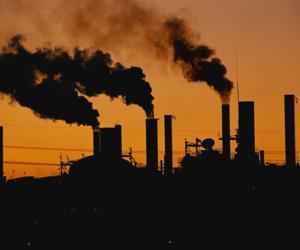 St-Pierre had relinquished his title after only slightly over a month of becoming the UFC Middleweight Champion, which had already aroused suspicion regarding the fighter's wellbeing. To questions of retirement, Danaher responded, "that is definitely a possibility. I don't want to say yes or no because it's not my decision, really. These are deeply personal decisions that Georges has to make. Moreover, they have to be made not as spur of the moment decisions ... These are life-changing decisions, so they will have to be made on the basis of Georges's reaction to the medications that he's taking for ulcerative colitis."

While the potential of permanent retirement is surprising to many, it will not be the first time St-Pierre has stepped away from the ring. After winning against Johnny Hendricks, he took a four-year hiatus from the welterweight title. When he came back, no one could have expected what he had to bring to the table. To the awe of many, he was able to defeat Michael Bisping at UFC 217. This was accomplished by a "fourth round rear-naked choke."

Now, by taking leave again, he will say goodbye to his title yet another time. However, he has announced time off is necessary to sort through how his Ulcerative Colitis diagnosis will alter his life, and his fighting.

In a statement of his own via Facebook, Georges addressed his fans, "I now understand the health issues that I had during my last training camp... I hoped my condition would improve after the fight but unfortunately it got worse and I had to go straight to the hospital for a colonoscopy when I came back from vacation last Wednesday. The diagnosis is ulcerative colitis and I am now taking medication that will hopefully appease the symptoms. My health is my #1 priority right now, I'm still a very happy man, thanks for your support!!!"

While it is certain that the decision to leave UFC is a difficult one, putting his health first is to be respected.

St-Pierre's health was "outed" by Dana White, causing uproar among fans of the sport. The UFS president referenced having to discuss what was in the future due to the illness before St-Pierre had gotten the chance to reveal it himself. White had said, "they didn't talk Monday, they actually called me yesterday and I think it's out that he has colitis. So he's out for a minute."

This devastated many who had been cheering for St-Pierre, who had appeared fine in a fight that felt so recent. It was shocking and confusing how the news seemed to come out of nowhere, and not even from St-Pierre himself.

Some UFC fans have stated that they are outraged that St-Pierre would compete for the title without having any intention to defend it, knowing the step was simply temporary. Some even went as far as to suggest the diagnosis seemed "convenient." However, Georges is defended by Danaher, who explains that he would like nothing more than to continue to fight and defend his title, which was his intention, but the illness was discovered afterwards.

He went on to say how serious the condition appeared, "there was something very obviously wrong. Georges was having serious medical problems two weeks into the camp and they persisted throughout, they peaked in a six week camp, between week 4 and week 2, out from the main event. Things got so bad that we lost two weeks with zero training."

St-Pierre and Donaher believed, at first, that there was a significant chance that the condition he was experiencing was simply to be expected as he moved up to the middleweight class. They thought because he had to eat so much more than he was used to having in order to maintain a weight of around 200 pounds, some health problems could be par for the course. However, he soon discovered that the problems were much more serious. The symptoms evolved from minor to intense, even becoming "violently ill" with constant vomiting. While he found ways to cope with his stomach pains, allegedly the constant vomiting pursued even up until the nights he had to fight.

Will there be another comeback?

While Danaher has made it clear that the potential of permanent retirement is present, that does not mean St-Pierre will never return to the ring. However, if he does come back, it will be after a significant amount of time transitioning.

Danaher explained further, "from what I understand, the standard medications for ulcerative colitis take some considerable amount time to take effect - anywhere from three to eight months - before you'll even notice any changes. We have to see how he reacts to his medication regimen and make a decision based on that."

It is also important to keep in mind the significant symptoms of ulcerative colitis that make training and competing immensely difficult, such as inflammation, dehydration, bleeding, potential blood clots, and more. The condition attacks the innermost lining of the large intestine and rectum, and can sometimes result in fatal complications, so it is important that St-Pierre takes his health very seriously.

However, some see the fighter as already having made massive accomplishments, so backing out of the fighting world at this point would still be respectable. Danaher explains, "my personal opinion is there's literally nothing more he needs to do in the fight game. That would be my personal opinion, but that's what I said last time."

While he made it clear that fighting may be a thing of the past for St-Pierre, Donaher still does have potential dreams for the future. He explains, "he could, if possible, get to 155 and get a third belt. If he did that, that would be incredible. But can Georges make 155? I don't know. As far as I know he's never gone that low. He's not a particularly big welterweight. I know there are people fighting currently at 155 that are physically larger than Georges is."

Many suggest that if he does come back to fight, it will almost undoubtedly mean a move back down to welterweight. Of course, it will be in St-Pierre's power to control what weight class he completes in. However, White has stated that he would be "super pissed" if St-Pierre didn't defend the middleweight title.

St-Pierre was set to battle Robert Whittaker this year, but now it is uncertain whether this match-up will ever take place. Initially, St-Pierre relinquished the title due to the neck injury he suffered during his most recent fight, but ulcerative colitis may prove to be an even bigger battle.

Regardless of whether or not St-Pierre ever does decide to return to the Octagon, we are all hoping for his speedy recovery. 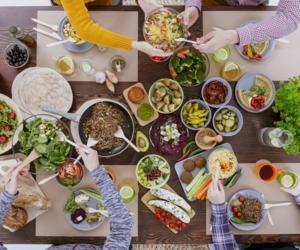 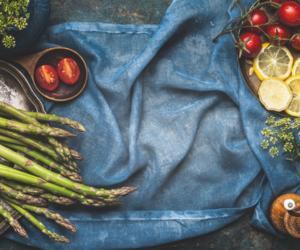 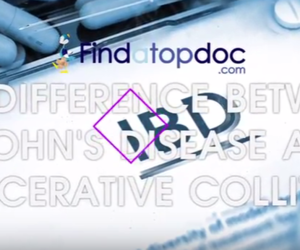 What's the Difference between Crohn's and Ulcerative...

Can Hypnotherapy Have a Positive Impact on Inflammatory Bowel Disease?

10 Lifestyle Changes for Crohn's and Colitis