Common mental health disorders are often associated with a variety of symptoms, which can lead to significant disability or impairment for the patient and those around them. 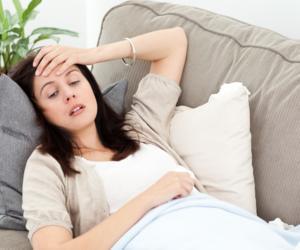 Below are some of the more common psychological disorders:

Depression or major depressive disorder is a serious mood disorder, which significantly affects how people think, feel, and act. This mental condition is characterized by deep sadness and/or a lack of motivation or interest to do the things and activities once enjoyed. Depression often leads to different physical and emotional issues, which can limit a person's ability to normally function at school, work, and home. However, the good news is that depression is treatable.

The symptoms of depression may vary from mild to severe. They include:

These symptoms must persist for at least two weeks for people to be diagnosed with depression. Other medical conditions can also mimic some symptoms of depression, which is why it is quite important to rule out other possible diagnoses. These conditions include brain tumor, thyroid problems, or vitamin deficiency.

Women are also more prone to developing depression than men. According to some studies, around one-third of women's population will experience an episode of depression in their lifetime. Although depression can happen at any time, on average, it is more likely to appear during late adolescence up to mid-20s.

Bipolar disorder is a type of mental illness that causes extreme highs (mania) and lows (depression).

When a person is depressed, he or she may experience feelings of hopelessness or sadness and a lack of motivation or enjoyment in most activities. However, when a person with bipolar disorder shifts to another extreme mood--that is mania or hypomania, he or she may become energetic, euphoric, or even strangely irritable. These extreme shifting of moods often affect a person's behavior, judgment, energy level, sleep, and critical thinking. Such episodes may rarely occur or may occur several times a year.

Generalized anxiety disorder (GAD) is characterized by exaggerated worry and anxiety about a variety of things. People with this type of anxiety disorder often anticipate disasters and overly think about their family, health, career, money, and other present or future problems. Usually, they find it hard to control their worries about unrealistic things or just everyday life events without evident reasons for concern.

People with GAD are eventually consumed by their anxieties, which significantly affect their normal daily functioning at school, work, home, and social activities. Below are some of the common symptoms of GAD:

Treatment for GAD usually involves selective serotonin reuptake inhibitors (SSRIs) or in combination with other types of therapy. Exercise, meditation, yoga, and other relaxation techniques may also be used for GAD treatment.

People with panic disorder experience spontaneous panic attacks along with the constant fear of having recurring attacks. These attacks tend to unexpectedly occur even after waking up from sleep. Panic disorder often manifest when people reach adulthood or after the age 20. However, panic disorder can also occur in children, in which they experience fearful spells (panic-like symptoms).

In a given year, around 2-3 percent of Americans experience panic disorders. Moreover, the disorder is more commonly observed in women than men. Panic disorder can cause problems in everyday life and may cause frequent doctor visits. The problem becomes more difficult when people with panic disorder also have agoraphobia.

There are many people with an undiagnosed panic disorder. Most of them suffer in silence and distance themselves from people who could help and support them, such as family, friends, and mental health professionals. Panic disorder may also occur with other physical and mental disorders, which include depression, anxiety disorders, asthma, substance abuse, or irritable bowel syndrome. It is the reason why getting a correct diagnosis is sometimes complicated.

For people who have OCD, behaviors, unwanted routines, and persistent thoughts are fixed, and not doing them causes significant distress. Many of people with OCD have a difficult time resisting their obsessions and compulsive actions. For a person to be diagnosed with OCD, the following factors must be present:

Compulsion is characterized by repetitive behavior, in which people are driven to perform certain acts. These acts can either be overt or covert. Overt is when the act is observed by others and covert is when the act is not openly displayed. Generally, the most difficult to resist or monitor are covert compulsions since they are easier to perform without the knowledge of other people. Some of the commonly performed compulsions are repeating acts, which include:

Compulsion is not pleasurable by itself, so it is different from other acts such as gambling or shopping. Children and adults who suffer from this condition often have thoughts that are intrusive and unwanted, which cannot be easily removed. For this reason, they are compelled to perform repeated and ritualistic behavior to ease their anxieties.

Schizophrenia is a brain disorder that is chronic, severe, and disabling. Since time immemorial, many people have been affected by this disorder. A combination of genetic and environmental factors contributes to the development of this disorder. It is also thought to be a form of psychosis.

It causes hallucinations from unreal experiences, which the person is unable to separate oneself. There is variation in the severity of symptoms, how long it lasts, and its chronic pattern. The distressing symptoms can be reduced and controlled by regular prescribed medications and treatment.

Post-traumatic stress disorder develops as a result of one or more traumatic events. These traumatic events include severe accidents, disasters, war, torture, or deliberate acts of interpersonal violence. People who have survived these events are the ones who are more susceptible to developing PTSD.

Other people who are at risk are those who have been diagnosed with a life-threatening illness, women with a traumatic childbirth experience, and members of the police, armed forces, or emergency personnel. The most characteristic feature of PTSD is re-experiencing the symptoms in a vivid and distressing way.

Most people with PTSD feel that traumatic events are recurring, which may include flashbacks, nightmares, intrusive images that are repetitive and distressing, and other sensory impressions from traumatic events. Intense distress and psychological disorder are aroused when people are reminded of their traumatic past. The core symptoms of PTSD are difficulty concentrating, sleep problems, irritability, hypervigilance of threat, and exaggerated startle response.

Another PTSD symptom reported is emotional numbing, which refers to a person's inability to have positive emotions. People with PTSD usually experience months of depression and anxiousness, but are able to recover later on.

Also commonly called as social phobia, social anxiety disorder is characterized by the intense fear of being negatively evaluated, judged, or rejected in social situations. People with social anxiety disorder tend to worry about being viewed by others as boring, awkward, or stupid, which is why they usually avoid performance and social situations. When they cannot avoid these situations, distress and anxiety take over. They also worry about being visibly anxious in public, such as stumbling over words and blushing.

Aside from experiencing anxiousness, physical symptoms can also be experienced, which include sweating, nausea, and rapid heart rate. People with social anxiety disorder may also experience full-blown attacks when they force themselves to face their feared situations.

The key behaviors of ADHD are inattention, impulsivity, and hyperactivity. It is normal for children to be impulsive, inattentive, and hyperactive. However, those with ADHD have extreme symptoms that often occur. Although attention-deficit/hyperactivity disorder is more commonly observed in people who have learning difficulties, this disorder can also occur in people with intellectual disabilities.

ADHD is a condition in which a person experiences a hard time focusing on tasks, often acts without thinking, and has trouble being still. This disorder may begin during early childhood and can progress into adulthood. When ADHD is left untreated, it can cause problems at home, work, school, and with relationships. ADHD was called attention deficit disorder (ADD) in the past.

In this disorder, a person experiences fear that is extreme, persistent, and unwarranted. This fear is towards a specific object or situation. Upon encountering a certain object or situation, fear or anxiety immediately occurs. Thus, extreme discomfort is experienced if the situation or object is not avoided.

People with specific phobias often have fears in which they are powerless against. Specific phobias can cripple people's daily routines, work, self-esteem, and relationships because people do the best they can to avoid experiencing phobic anxieties.

Depression and anxiety with nurses? Impaired?

Is there a difference between a panic attack and an...

Should I be on anti-anxiety medications?

How can I help my daughter get over her breakup?

Why does my daughter only write about death?