Approximately 17 million people use CPAP machines for obstructive sleep apnea. Is it possible that insurers are collecting their information through their treatment? Maybe. Thousands of CPAP machines users found out that their machine was actually spying on them. Yes, we're serious. The device sends data to the doctors, to CPAP suppliers and makers, and also to the insurance company.

How do you know if you have sleep apnea?

Tony Schmidt, a CPAP user in Carrollton, Texas was shocked. He said, "I had no idea they were sending my information across the wire."

A bit unsettling, but for thousands of people who depend on their CPAP machine to help them breathe at night, what do you do? Like Schmidt, users who suffer from sleep apnea had worrisome breaks in breathing at night. People rely on a cCPAP machine to shoot warm air into their noses as they sleep. The CPAP and the warm air keeps the airway open. Without a CPAP device, thousands of people like Tony Schmidt would wake up wake up repeatedly throughout the night, and may even have difficulty working throughout the day. Schmidt says, "I couldn't keep a job," he recalls. "I couldn't stay awake." The CPAP, he says, saved his career, maybe even his life.

CPAP users have discovered that the life-altering device comes with baggage. Health insurance companies monitor whether patients use their CPAP machines. And, if the machines aren’t being used, the insurers will not provide coverage for the machines or supplies.

Medicaid watches how its patients use their CPAP machines, and requires that patients use their CPAP for four hours a night, or at least 70 percent of the night in 30 day-periods within 90 days of receiving the device. If you do not comply with this rule, you will be cut off from funding. How does Medicaid determine your CPAP usage? They watch the data that comes across the machines.

The cost of the machines? Some can cost as much as $800, and this doesn’t count if the patient needs replacement filters, face masks, or hoses. You may have to pay for this expensive therapy yourself if you don’t use it like you should.

Some patients are required to rent CPAP devices from their insurers, at rates that are more than the actual retail price. Other patients have discovered that the supplies for their CPAP would be cheaper if they didn’t have any insurance. What does that mean? Are insurance companies raising the prices on CPAP machines depending on if you have coverage?

Those who study health care costs claimed that insurer’s CPAP pricing strategies are a part of the strategy to shift costs of widely used therapies, tests and devises to unsuspecting patients. Or maybe they are suspecting but have no choice.

Harry Lawrence, owner of Advanced Oxy-Med Services, a New York company that provides CPAP supplies, says, "The doctors and providers are not in control of medicine anymore." He goes on, "It's strictly the insurance companies. They call the shots."

Privacy experts are afraid that the data collected by insurance companies might be used to discriminate against patients to raise their premiums and costs. There are lawsuits and concerns by doctors and patients, who claim that insurance policies are overpriced and restricting the access to CPAP machines.

Information Should Be Private

Schmidt realized that he had a problem with privacy the day after he registered his new CPAP unit with ResMed, the manufacturer. Schmidt requested he did not receive additional information from the supplier, but the next morning he received an email congratulating him for finishing his first night of therapy. The email said, "Congratulations! You've earned yourself a badge!"

Schmidt sent back an email thanking the technician who set up the PAP as being kind, efficient, competent, and professional. The representative then thanked him in a follow-up email and added that Schmidt’s machine was doing a great job keeping his airway open. In addition, a report detailing Schmidt’s usage the night before was included.

This report was alarming. He was told that that his sleep data was being shared with Blue Cross Blue Shield, his insurer. Schmidt knew his old machine tracked his sleep since he always took the removable data card to his doctor. But finding out that the insurance company also had his information felt like an invasion of privacy.

Schmidt wondered, “What was the insurance company doing with his medical information?”

Tony Schmidt filed a complaint with the federal government and the Better Business Bureau claiming that his doctor was the only one with permission to have his sleep data. However, it doesn’t matter how many complaints Schmidt filed, no one could or would do anything.

A ResMed representative explains that once patients have given consent, the CPAP supplier can share the data gathered from the CPAP machine with doctors, insurers, and the supply company. ResMed does claim that the data is encrypted and ensured Tony Schmidt “not to worry.”

Tony Schmidt returned his new CPAP machine and went back to using the model that allowed him to use a removable data card. Schmidt feels that his doctor can confirm his usage with the insurance company and his data doesn’t need to be shared.

The complaints about data sharing are in the thousands, says Luke Petty, operations manager for Medigy. However, insurance companies are the ones who set the prices, and they make the rules. Suppliers have to follow insurance company rules so that they can get paid.

Petty says, "Every year it's a new hurdle, a new trick, a new game for the patients.”

The American Sleep Apnea Association approximates that almost 20 million Americans have sleep apnea, even though the disorder often goes undiagnosed. Sleep apnea is a potentially dangerous disorder that can cause diabetes, heart disease, cognitive disorders and even cancer. Unfortunately, CPAP devices are one of the only therapies that may work for certain patients. For these patients, their CPAP usage is a matter of life or death.

Kristine Grow,a  spokeswoman from America's Health Insurance Plans, claims that monitoring CPAP use is essential. If patients aren't using the machines, the insurance company has the option of suggesting to the doctor that maybe a less expensive treatment might be a better choice. Monitoring patients give insurance companies the chance to advise doctors about the best treatment for patients.

Is this a privacy concern? As more devices are now gathering data about patients, it's surprising to know how little control you have over how your data is used or shared.

The big concern is transparency and privacy. How much should data be shared and are doctors losing their ability to prescribe based what the insurance company feel is a usage issue? Alarming to realize your information is not private and your health insurance provider only cares about monitoring their costs instead of monitoring your health. 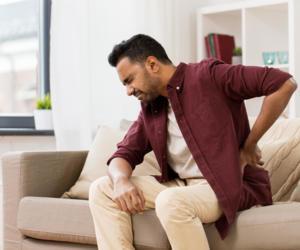 The Impact of Sleep Apnea on Kidneys 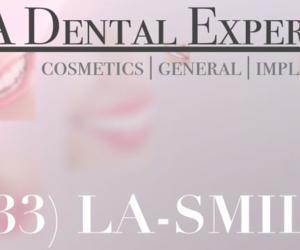 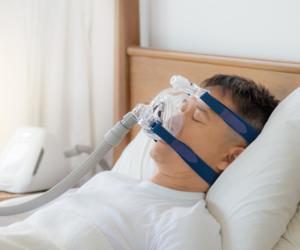 Is There a Link Between Obstructive Sleep Apnea and Speech?

9 Signs Someone May Have Sleep Apnea

Is It Time for Patients to Rekindle Their Relationship with their CPAP?