Living with a chronic illness like Crohn’s disease can be difficult and embarrassing in the best of scenarios. The disease has little to no visible effect on physical appearance, but the demands on a person’s day-to-day activities and lifestyle are extremely burdensome.

Without a foundational understanding of what Crohn’s disease is, it can be easy to misunderstand the disease as a problem of irregular or unpredictable bowel movements.

From the outside, you may only see a person struggling to get to the restroom, or having to adjust their lifestyles and dietary choices. The truth is that Crohn’s disease affects individuals far beyond what any outsider could see.

These and other misbeliefs can lead to unhelpful or even hurtful comments when approaching someone who lives with Crohn’s disease, even if intentions are pure. Short of understanding the disease and learning to empathize with those who live with it every day, here are some helpful tips for avoiding harmful questions and comments.

When trying to understand or help someone with Crohn’s disease, the worst thing to do is assume. This is true for any disease or chronic illness. Crohn’s disease is experiencing an increase in awareness, but many people only understand the disease as a problem of bowel movements. With only a surface-level understanding of the disease, even the best of intentions can lead to uncomfortable situations for those living with the disease.

An individual suffering from Crohn’s disease typically has an overactive immune system that attacks the gastrointestinal tract and causes mild to severe inflammation at any point along the GI tract. This means that people suffering from Crohn’s disease can experience symptoms anywhere from the mouth to the anus. The inflammation from the overactive immune response is what causes the defecating symptoms that many people identify with the disease.

Asking someone questions solely related to bathroom usage can quickly frustrate someone who lives with all of the symptoms of Crohn’s disease. While it’s true that unpredictable and difficult bowel movements are part of the disease, they are only part of the problem.
Constantly battling fluctuating inflammation can cause severe fatigue and fever. Depending on the frequency and severity of a person’s symptoms, they can experience vomiting, significant weight loss, and chronic pain. Even moderate symptoms can include dizziness, dehydration, headaches, and shortness of breath. A person could be silently battling some or all of these symptoms, and simply being asked about going to the bathroom or if Crohn’s disease is just a “bathroom disease,” can be frustrating, demeaning, and demoralizing all at once.

On a similar note, every person’s experience with the disease is different. For that reason, it can be problematic to assume that everyone experiences the same symptoms, even with proper research. It is always better to ask a person what they have personally gone through, and what their personal understanding of the disease is. Listening to what the person has to say first will always help in avoiding insulting or harmful comments.

Don’t offer your own suggestions

Even with a solid understanding of Crohn’s disease and how it works, you should still refrain from offering your own suggestions on how to cope with the disease. Unless you’re in their shoes, you won’t understand. In order for a person to be diagnosed with Crohn’s disease, they must go through a number of tests and checkups to rule out other causes. Asking if they have tried any given solution will likely result in defensiveness from someone who has had to go through a lot to reach a diagnosis.

Some who do not understand the severity or nature of the disease feel that Crohn’s patients use their symptoms for attention. This is both insensitive and incorrect. Patients who are diagnosed with Crohn’s disease must carry around a medical card at all times informing employers and establishments of their disease. The card must be on their person at all times, because symptoms and flare-ups can occur at any time, even despite treatments and medicines that a person might be on.

There are several treatment options available to individuals diagnosed with Crohn’s disease, but these can cause symptoms in and of themselves. For example, corticosteroids can help fight inflammation, but they can also lead to short term weight gain. Immune modifiers can reduce the body’s overactive immune response, but can lead to frequent illness or difficulty in fighting illness off. Many individuals try multiple different treatment options before finding one that works.

Asking an individual if they have tried a certain treatment could possibly lead to a constructive conversation, but more likely than not, you will simply be interjecting yourself into a person’s exhausting struggle to find something that works for them. Crohn’s disease is both chronic and unpredictable. While it may seem good-natured to suggest treatment options that offer results, people living with the disease may actually be learning how to cope, or adjusting to a recent change in their symptoms. Your suggestions may not be well-received, which can cause unnecessary complications in your relationship.

Respect, understand, and treat with dignity

The best general practice is to take chronic illness seriously and treat the individual with the dignity and respect that they deserve. There is no cure for Crohn’s disease, and while remission is possible for those who have the disease, it is not permanent. Using common sense can help in considering what to say and what not to say. It would be insensitive to ask anyone if they need to go to the bathroom, or to suggest that they haven’t tried everything they could to be better. Unfortunately, these stigmas exist for the people who are already trying to cope and live with their chronic illness.

Understanding what the person is going through may not always be possible, but it is better to listen and try to understand than to assume. The problems of never knowing how or when symptoms are going to act up often leaves the individual in a constant state of worry. Try to meet that person halfway, and learn to be flexible in the relationship in the same way that the person is having to learn to be flexible with their symptoms and illness.

In the end, a person diagnosed with Crohn’s disease will learn to adapt and battle the disease. There may not be anything that you can do or suggest to make their struggle easier, but treating them with dignity and respect will go a long way in helping them feel in control of their chronic illness. Crohn’s disease is not fatal, but the effects can be so burdensome that some people have to adjust their entire lives to cope with the illness. Anyone diagnosed with Crohn’s disease deserves to have their chronic illness treated seriously. 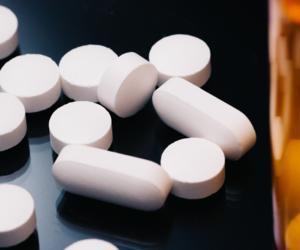 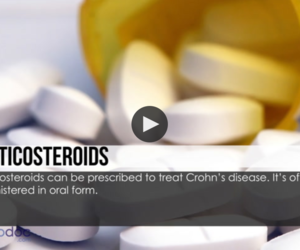 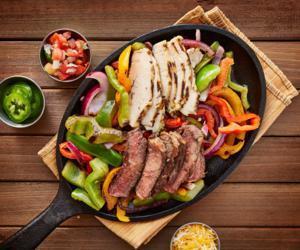 This Dietary Change Can Benefit Those with Crohn's...