CureDuchenne has already done so much for Duchenne muscular dystrophy. And, their latest achievement only proves that this organization has a large impact in the community.

According to their site, “CureDuchenne is recognized as the global leader in research, patient care and innovation for improving and extending the lives of children with Duchenne [muscular dystrophy].”  The organization was founded by Debra and Paul Miller, who started the company to find a cure for the disease that affects their son and many other young kids around the world. 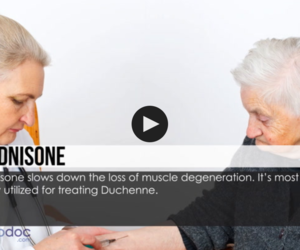 In recent months, the organization participated in the First Annual rare disease pitch competition known as “RARE Battle of the Brains.”  The competition, co-sponsored by Scientist.com and Global Genes, gives opportunities to scientific innovators to pitch their ideas that will ultimately benefit the rare diseases without a cure that are existent today.  As a result from their pitch, of which was given on September 14th, 2017 in Irvine, California, CureDuchenne was awarded a prize package, values at $50,000.

The ultimate goal of the organization is to better the lives of all who have been affected by the difficult symptoms of Duchenne muscular dystrophy.

In terms of the competition that gave further funding for CureDuchenne’s cause, the biotech competition was a part of the inaugural Global Genes RARE Partnering and Investing Forum, an advocacy organization that rallies for patients affected by rare diseases.  These rare diseases are said to affect over 25 million Americans alone, with a very small portion of those diseases having a corresponding cure.

The advocacy organization hopes that by hosting events like the “RARE Battle of the Brains”, this could one day change.  In terms of the apparent need for more conclusive research on behalf of the many patients struggling with such diseases, Kevin Lustig, Phd, and CEO of Scientist.com points out that, “Despite a significant public need, rare diseases are often overlooked… A science-based competition will bring much needed attention to rare diseases and provide a few early-stage companies the opportunity to take the next step in their development.”

Much of the progress of this research hinges on how well any given effort is funded.  By providing these packages as the one awarded to CureDuchenne, the competition intends to provide more funding and resources for the teams conducting these vital studies.

Along these lines, Brad Margus, Co-Chair of the Partnering Forum comments that, “It’s unfortunate that research progress on rare diseases is often not limited by a shortage of discoveries but by challenges faced in assembling the resources and teams to build companies that can translate those discoveries into treatments… This event will connect the players needed to accelerate promising research and development in rare disease.”

The research presented by CureDuchenne

The pitch given by CureDuchenne was given by one of the founders of the organization, Debra Miller, on behalf of the research conducted by Dr. Eric Olson.  Dr. Olson, a professor of the molecular biology department and chairman at UT Southwestern in El Paso, Texas, carried out his research for what is deemed gene editing.  More specifically, this gene editing makes use of  what is known as CRISPR/Cas9, which is  a grouping of DNA series found in bacteria.  This approach is said to correct up to 80 percent of the mutations that occur with Duchenne muscular dystrophy.

Dr. Olson and his team were able to observe the positive effect of delivering AAV9-Cas9 to mice after four weeks.  Among the earlier segments of the study, the team was able to see an improvement of dystrophin levels, which is a type of protein that serves as an important part of the muscular fibers within a patient’s body.  The distinct characteristics of the gene editing process, as outlined on CureDuchenne’s site, includes, “Durable correction of the disease-causing mutation, a one-time treatment, in principle, can potentially reach all affected cell types, can potentially correct up to 80% of Duchenne mutations.”

This research served as the very core of CureDuchenne’s pitch at the RARE Battle of the Brains competition, and helped to solidify the prize valued at $50,000.  The organization has also stated that it will donate 5 million dollars to Dr. Olson’s work in order to provide the necessary resources his team needs for a successful research effort.

The future for patients diagnosed with Duchenne muscular dystrophy

The population affected by the harmful symptoms of Duchenne muscular dystrophy (as well as the other forms of the disease) rely heavily on the most up-to-date, cutting edge, treatment options in order to suppress their symptoms.  These treatment techniques stem from years and years of research that strives to unravel the intricacies of the rare disease.  Without this research, much of the technology and treatments available for patients would be non-existent.

This does well to sum up the entire goal of both CureDuchenne’s mission, as well as Global Gene’s RARE Partnering and Investor Forum.

In terms of the treatment available for patients diagnosed with muscular dystrophy, the most common include a variety of medications.  These medications include eteplirsen, corticosteroids, and certain heart medications.  Eteplirsen, also known as Exondys 51, was the first drug specifically designed for treating Duchenne Muscular dystrophy to be approved by the Food and Drug Administration (FDA).

While the drug did gain approval from the FDA, its respective effectiveness has still been in question.  One of the other options for patients, corticosteroids, aid in improving one’s muscle strength, but also have questionable effects.  More specifically, long term use of corticosteroids can result in weight gain and even weakened bones, which increases the likelihood of a fracture.

The options for muscular dystrophy patients are limited and do not yield long term and beneficial results.  Because of this, it is necessary that research like Dr. Olson’s be continued and further pursued.  As a result, the muscular dystrophy population and their loved ones will greatly benefit with an enhanced quality of life.

How to treat Duchenne Muscular Dystrophy? 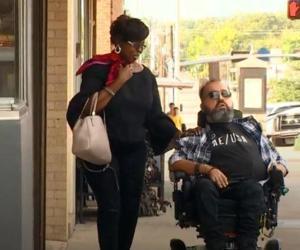 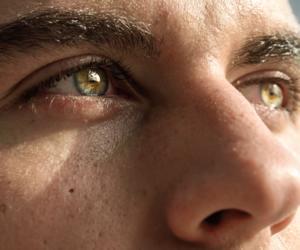 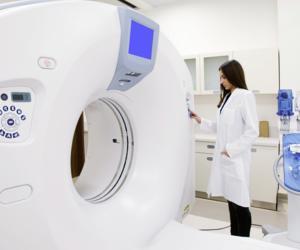