Abby Lee Miller, known for her brutal dance instruction and demanding style of training, is as recognized for her tirades as she is for her long-running hit reality show Dance Moms.

Abby inherited the love of dance from her late mother and started her own dance company at just 14 years old. She became a reality television star with the Lifetime show Dance Moms, which followed Miller, her students, and their parents.

Miller knows she may look like the bad guy (and she does) but she claims a lot of what the producers chose to show were random bits and pieces that didn't represent what really happened. Let's face it, it made for good TV.  In an interview with In Touch magazine, she said that while her methods appeared to be extraordinarily tough, there's a rationale behind them. "When I tell a child something the first time, I'm nice. The 15th time, I start to get aggravated. By the 30th time, they're doing 100 push-ups and I'm screaming at them, and of course that's what they put on TV," she said in the interview.

Miller left the show and was replaced by dancer Cheryl Burke of Dancing with the Stars fame. The show has since ended.

Bankruptcy fraud and a prison sentence

In 2016, Abby plead guilty to bankruptcy fraud for not revealing approximately $800,000 of income from her show, and was sentenced to a year and a day in prison.

Miller earned an early release from the federal prison eight months after she was jailed. Last month, she began staying at a Long Beach, California halfway house, where she was tentatively slated to stay until May 25. She also had to pay a $120,000 judgment, in addition to a fine of $40,000.  Just as things were looking up and she was close to slowly make her way back to reality, things took a sharp turn.

Just one day after undergoing an emergency spinal surgery after suffering from a spinal infection that her doctor said could have killed her, she was diagnosed with Burkitt lymphoma, a form of non-Hodgkin lymphoma (a cancer of the lymph nodes).

It's been a difficult month for Miller, age 51. Us Weekly reported on its website and magazine that the Dance Mom had been hospitalized for excruciating pain in her back. Her doctor performed emergency spinal surgery just this past week on on April 17. The team believed they were dealing with an infection that could lead to paralysis only to find out the pain was due to the non-Hodgkin lymphoma.

Burkitt lymphoma is a form of non-Hodgkin lymphoma in which cancer starts in immune cells. It is a rapidly growing tumor and is associated with compromised immunity. If left untreated it very often leads to death.

It is not known at this time what stage of cancer she has or how aggressive it is. Non-Hodgkin lymphoma is cancer that begins in the lymphatic system.

Tests used to gather information for staging can include:

Treatment for non-Hodgkin lymphoma is guided by the type and stage of the cancer.

Treatment options can include the following:

Biological therapy boosts the immune system and helps with the fight against the cancer cells.

Combination of radiation and bio therapies are used.

Though the choreographer is overwhelmed by her cancer diagnosis, a source close to Miller told Us Weekly she “is strong and trying to put on a brave face.” 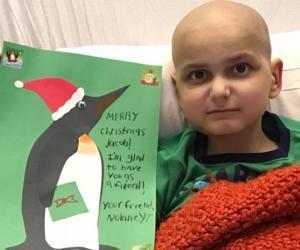 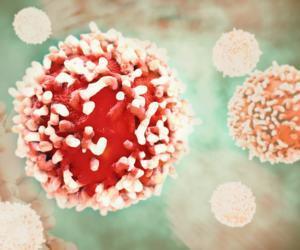