Diabetes is a chronic metabolic disease, where the body cannot store energy in its warehouses, resulting in high levels of glucose in the blood.

Diabetes is also known as “sugar” or “high blood glucose” disease. Although many people do not understand that diabetes is not only a problem with glucose or carbohydrates, it is a global problem of energy storage. It means that in diabetes there is also a high level of circulating fats and metabolites of proteins. 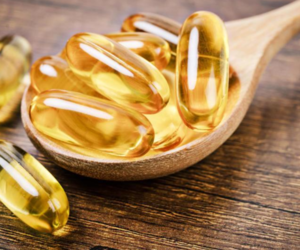 Is There a Connection Between Vitamin D Deficiencies...

Once we eat food, many of the absorbed nutrients are transformed into smaller molecules, like glucose and fatty acids, to provide energy to all the body cells, be it internal organs or muscles. However, these energy resources like glucose cannot keep circulating unendingly in the blood, as a high amount of them in the blood would change its viscosity, osmotic pressure and other physical properties, thus causing harm to a patient's health.

This is why the body has its system of storing the excessive amounts of energy, mainly glucose and fats. After having a meal, the body tries to fill each cell in the body with the maximum amount of energy products, but once they are no longer in need of the energy, it stores the excess energy in the liver and fat tissues for later needs. When the person is not eating,  there are intervals between meals and the body fulfills the energy needs by supplying it from warehouses like the liver, or if needed, by opening even more massive warehouses called fat tissues.

Levels of blood glucose have to be strictly regulated in the blood so that there is always an optimal supply for various body cells. It is done primarily by hormones called glucagon and insulin.

Insulin can be compared to a key that opens the gates of the cells whenever they need energy; it helps to improve the intake of glucose by cells, thus helping to reduce the levels of glucose in the blood. Insulin also asks the liver and fat cells to store the extra glucose levels; this is how the injection of insulin helps in decreasing blood glucose in those living with severe cases of diabetes.

Glucagon is just opposite of insulin. It asks the energy stores to release the glucose whenever there is a high need, or there is a deficit of energy in the blood. It is sometimes used to treat hypoglycemia caused by an overdose of insulin.

So, why does this defect of energy storage occurs at all? Well, diabetes does not start with a deficit of insulin (as 90% have type 2 diabetes). Diabetes, or energy storage defect, instead occurs due to a resistance to insulin, or a decrease in effectiveness of insulin. It is a condition when the key does not work well, and it fails to open the doors of various warehouses, either adequately or in a timely manner. It forces the goods to stay out of warehouses for a longer time, or in case of diabetes, insulin resistance and inefficiency forces glucose to keep circulating in the blood, delaying its utilization by body cells or larger warehouses like liver and fat cells.

The reason why the insulin becomes so bad at doing its jobs lies in either genetics. But more common reasons are dietary and lifestyle changes.

One of the primary reason of diabetes is obesity, especially in the developed world (the US and Europe). In developed countries, insulin resistance evolves due to a higher intake of calories. If a person consumes too much food, it results in a higher circulation of blood glucose, and a gradual development of insulin resistance.

In obese people, the situation is further made worse due to the over-filling of storage areas. It is a condition when supply is more than demand, and warehouses like fat tissues or the liver cannot take that much of glucose or other sources of energy.

Not everyone is equally good at storing energy

Now once we understand that diabetes is primarily a disease of poor energy storage, we must also understand that not everyone is equally good at saving extra calories. It explains why some develop diabetes while others do not.

Just take an example of South Asians, in comparison to Caucasians, they have poorly developed adipose tissues. Thus, South Asians cannot store extra energy as efficiently as Caucasians. It explains the higher prevalence of metabolic disorders and diabetes in particular among them.

Of course, these differences are also explained by other factors, like with Americans, diabetes is mostly caused by high-calorie consumption, But South Asians' sedentary lifestyle and genetic weakness have lots to do with it as well.

Symptoms caused due to the paradox of starving cells

As we already mentioned, insulin is like a key that opens the doors in the body cells and thus allowing the intake of glucose for body cells for their energy needs. However, in diabetes, insulin fails to open the doors of cells, resulting in high glucose in the blood.

It creates a paradoxical situation, where there is high glucose in the blood, but cells are still starving. It results in cells releasing other hormones and asking for extra food supply; this explains the increase in appetite in diabetes.

Since the cells are starving despite the high glucose in the blood, which is harmful to health, one of the defensive reactions of our body is to try to get rid of this extra supply of energy. Our body does so by removing the excess of glucose through urine, which is why those living with diabetes urinate more often and have higher amounts of glucose in their urine.

Help your body to store energy better- and prevent diabetes

Since diabetes is primarily a problem of failing warehouses in the body because of either oversupply of energy or due to a sluggish metabolism that leads to insulin resistance, the solution to the problem lies primarily in decreasing the energy supply, especially if a person is obese, and boosting the metabolism mainly through exercise. Both aerobic exercise and high-intensity interval training are good at improving the metabolism and improving the storage capabilities of the body. 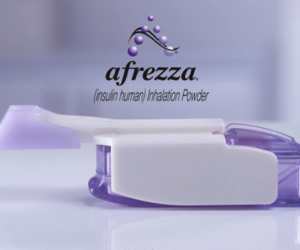 Will fasting and anesthesia lead to any complications... 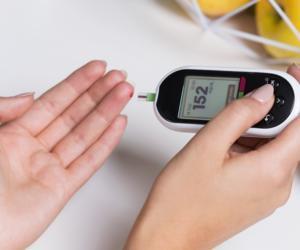 Can diabetes in men affect their fertility?