From time to time, patients may develop what is known as a comorbidity, which is essentially a word used to describe a situation wherein the subject is simultaneously diagnosed with two diseases or conditions.  This can occur for a multitude of reasons, one being that the first condition may very well have lead to the second one.  Whatever the primary reason may be for the development of a comorbidity, this occurrence can very well bring about severe consequences for patients in the situation.  Such is the case with patients who have been diagnosed with both Type 1 diabetes and celiac disease.

A study discovered that patients with this specific comorbidity are more likely to encounter fractures, relative to patients diagnosed with only type 1 diabetes.  The research surrounding this concept was conducted by Eleanor P. Thong, MBBS, FRACP, in the journal Clinical Endocrinology.  Thong is currently an endocrinology fellow at Monash Health, a facility located in Clayton, Australia. 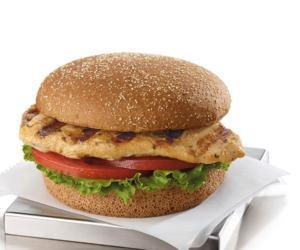 An important insight from the study regarding this link between the two conditions is that type 1 diabetes by itself still results in diminished bone structure and can still increase the likelihood of fractures for patients.  This being said, the addition of celiac disease is ultimately thought to greatly increase this already present risk for bone fractures.

Both groups were reported as having attended specialist diabetes outpatient clinics in the time period ranging from August 2016 to February 2017, specifically at Monash Health.  It was noted that for the records obtained, those with comorbid diagnoses, namely chronic kidney disease, glucocorticoid use,  hypogonadism, and untreated hyperthyroidism were not included in the study.

What did the study look into?

Researchers of the study conducted it in a way that observed various key characteristics pertaining to the conditions.  The researchers specifically made note of the patient’s previous fractures (confirmed via radiologic reports and their medical records), how long the patients had been diagnosed with Type 1 diabetes, glycemic control (which has to do with the common levels of glucose present in the blood), prevalence of hypoglycemia (as discovered by devices used for monitoring blood sugar or logbooks), the day to day insulin intake, complications pertaining to the patient’s microvascular function, as well as the stage by which the patient is in with their celiac disease.

The report showed 12.2 percent of the Type 1 diabetes/celiac disease patients as having experienced fractures, almost 4 times the amount Type 1 diabetes only patients, with their total coming out to 3.5 percent.  Aside from the link between Type 1 diabetes/celiac disease patients and their higher likelihood for fractures, researchers also found that these patients had a higher proportion of frequent hypoglycemia.  Frequent hypoglycemia is basically a low amount of blood sugar, due to an overproduction of insulin and not enough glucose within the blood.

What is Type 1 diabetes and celiac disease?

Diabetes consists of a condition that is identified using four categories, but the main two that are commonly mentioned are Type 1 and Type 2 diabetes.  Type 1 diabetes is seen in 5 to 10 out of 100 people whom have been diagnosed.  With Type 1, the body’s immune system progressively rids of the cells responsible for releasing insulin, and eventually stops the production of these cells altogether.  Insulin is ultimately responsible for the absorption of glucose, or sugar, and if the cells are not capable of absorbing the body’s sugar intake, the individual is not able to produce energy to go about day to day activities.

The symptoms associated with Type 1 diabetes can range from a multitude of possibilities, as patients diagnosed with the condition may experience it differently others.  Symptoms at different severities of Type 1 diabetes may include an increase in thirst, frequent urination, bed wetting with children who may have not previously wet the bed, severe hunger, unintentional weight loss, mood changes, such as irritability, tiredness and feelings of weakness, as well as blurred vision.

Celiac disease has to do with the immune system’s reaction to the consumption of gluten, a type of protein that is present in rye, barley, as well as wheat.  The condition, which is also referred to as sprue or coeliac, is ultimately triggered when any form of gluten has been eaten and results in response in the small intestine.  The villi are responsible for absorbing the necessary nutrients in food that are eventually converted into energy.  With the damage to the villi as a result of celiac disease, the body is not able to absorb these essential nutrients.

Symptoms of celiac disease are often related to malabsorption, or the body’s prevention of intaking nutrients, as mentioned above.  Patients experiencing the disease will often report occurrences of diarrhea, weight loss, tiredness, bloating, and anemia.

As touched on earlier in the article, the condition’s symptoms are often likely to result in setbacks of growth and development.  In addition other occurrences can include loss of bone density (known as osteoporosis), bone softening (osteomalacia), topical rashes, damage mouth enamel, mouth ulcers, injury to the nervous system, pain in the joints, spleen dysfunction (hyposplenism), heartburn, and acid reflux.  These symptoms are more common among the adult population with celiac disease.

The future for patients with Type 1 diabetes and celiac disease

In the case of Type 1 diabetes, it is necessary for patients to be diligent with how they go about managing their condition (such can be said for patients with celiac disease as well).  Commonly, patients with Type 1 diabetes need to undergo insulin therapy through the span of their life.  As for celiac disease, the primary way in which patients can currently manage their condition is through strategic dieting.  This being said, it is of the utmost importance that a healthy lifestyle is maintained.  Often times, the most recommended foods will include those containing gluten, such as wheat, rye, and barley.

With the surge in research being conducted that has spotlighted this link between Type 1 diabetes and celiac disease and an increase in the likelihood of fractures, the possibilities for a solution are hopefully right around the corner.  With a continuation of refined research and lab experiments, specialists will gain the necessary understanding they need to combat this issue.

Why Does Diabetes Cause Severe Headaches? 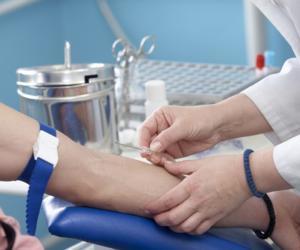 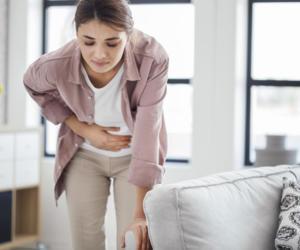