As researchers understand non-communicable diseases like diabetes and cancer can often develop in patients, which provide them with a better and clearer picture of how they are related.

With both development and improvement in living conditions, hygiene and medical facilities, the world has seen a downfall of communicative/infective diseases. But, a prolonged age and a fast-changing lifestyle brought with itself the new kind of epidemic, and it is an epidemic of chronic non-infective disorders. Today, diabetes and cancers are the significant health challenges we are faced with, and they seem to be more related to each other than what was previously thought. 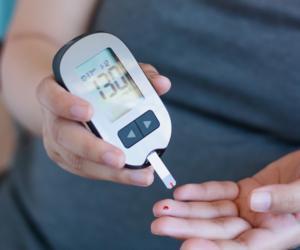 To think about the relationship between diabetes and pancreatic cancer is logical, based on the fact that we are talking about the involvement of organs that suffer in both the ailments. In pancreatic cancer, due to the development of a tumor, there would also be the direct destruction of the pancreas. While in diabetes, the pancreas suffers either due to autoimmunity or due to the amount of stress placed on the organ as the body fights hard to produce the maximum insulin to overcome the resistance.

Why should we worry about the relationship between these two diseases?

Firstly, of course, if diabetes increases the risk of pancreatic cancer, it is a reason to worry a lot due to the pandemic of diabetes. In urban regions, almost  1 out of every 10 is suffering from it, and there is no stopping of the onslaught of this disease. Secondly, when it comes to pancreatic cancer, it may not be widespread. In 2017 there were just little more than 50 000 new cases of pancreatic cancer, which is 3.2% of all the new cancer cases. But the reason to worry is the high mortality in this type of cancer. Pancreatic cancer is one of the leading causes of cancer-related deaths in the US. It accounts for 7.2% of cancer deaths. Finally, the trend shows the number of cancer cases is on the rise1.

Link between diabetes and pancreatic cancer

For some diabetes, it may be an early sign of pancreatic cancer especially if the onset is sudden, while others may develop pancreatic cancer at a later stage. However, things are not that simple. In many cases, it would be difficult to say if cancer caused diabetes or if diabetes would lead to the development of cancer. But what could be said with confidence is that diabetes does increase the risk of developing cancer, and it has been proven by several large-scale cohort studies2.

Considering the widespread prevalence of diabetes, it would be logical to ask the question about how much the risk of pancreatic cancer is higher in those who have diabetes? Although most studies indicate the higher risk, but results from studies have been inconsistent. Some studies show that the risk of pancreatic cancer in those who have diabetes is several times higher, while others disagree. Some studies indicate that this risk is only slightly higher in the cases of long-standing diabetes3,4.

Who should be screened for pancreatic cancer?

Since it is not among the common forms of cancer, surely mass screening is not a viable option. So, the question is when should one consider getting tested for the risk or possibility of pancreatic cancer.

Firstly, one must understand that it is undoubtedly not the disease of the young. It is extremely rare for this cancer to be diagnosed in people below the age of 18, with the vast majority, as a rule, are only diagnosed only after the age of 45. Quite like diabetes, obesity not only increases the risk of developing pancreatic cancer, but has also shown to be associated with the early onset of the disease5.

Smoking is known to be carcinogenic and increases the risk of developing pancreatic cancer by almost double. People who have not been smoking for at least five years are at a lesser risk6.

Finally, genetics or familial history is well known to be associated with the higher risk of pancreatic cancer. As the genetic screening becomes affordable and widespread, thus increases the importance of understanding the kind of genes related to pancreatic cancer risk. Breast-ovarian cancer syndrome (BRCA2 – gene mutation) increases the risk by several times, in fact, may be up to 10 fold. Peutz-Jeghers syndrome (STK11/LKB1 mutations) increases risk by 132 times, familial atypical multiple mole melanoma syndromes (CDKN2A mutations) by up to 22 times, familial adenomatous polyposis (FAP) by four times, Lynch syndrome by eight times, and hereditary pancreatitis (PRSS1 mutations) by 53 times5.

Symptoms of pancreatic cancer are vague. Thus, the chances of identifying it based on symptoms are weak unless the disease is already in the advanced stages with metastasis. Prolonged periods of backache and indigestion due to non-obvious reasons may serve as red-flags in those at a higher risk of pancreatic cancer, including people with diabetes.

Getting screened for pancreatic cancer

One does not usually need to worry as pancreatic cancer remains one of the rare forms of cancer and diabetes only marginally increases the risk. Thus, screening for pancreatic cancer only makes sense if other risk factors are present.

Screening for any type of cancer is not a straightforward thing, and pancreatic cancer is no exception. At present, there is only one blood test available that can help in early detection of pancreatic cancer and it is a test for the biomarker CA 19-9. But it should be understood that this test is neither specific nor 100% sensitive. Meaning that a negative test would not exclude pancreatic cancer, and a positive test would not confirm it. Yet, it remains one of the most accurate tests available and would be correct in about 70% of the cases. Considering the simplicity of the test, it is not a bad option for screening in the groups that are most at-risk5.

Another way of looking for pancreatic cancer is an imaging of the pancreas. Perhaps two conventional methods used is a MRI and an ultrasound. A MRI may show the tumor, cyst or some lesion, however, it would not confirm it to be cancerous.  On the other hand, a minimally invasive test called Endoscopic ultrasound (EUS) may not only help detect the lesion, but, if needed, a sample of the tissue for histological examination (biopsy) can also be done at the same time and thus, contributing to confirm the diagnosis7.

So, it would be right to say that diabetes does increase the risk of developing pancreatic cancer, however, the increase in a risk is only small. Therefore, regular screening makes sense with the presence of other high-risk factors like genetics or familial history, being 45 or above, or heavy smoking. At present, there is only one blood test commonly available, which along with imaging may help, but the final diagnosis would only be possible after the histological examination. 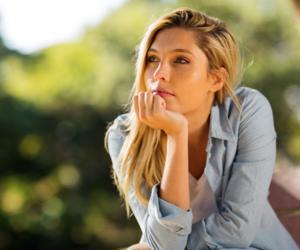 Do complex carbs help in reducing my insulin levels?

2017: A Year of New Treatment and Care Options for Diabetics Worldwide