Our world has truly modernized as compared to what our ancestors had before. Life has been easier with better commodities and technology provided by our improving modern world. However, every risk as we gamble our chances to modernization comes with a price. Sadly, as life has undeniably gotten better, the number of new diseases and the progression of the old ones have heightened as well. To combat such progression in diseases, medicines have been improved to cope with such dilemmas.

However, in this evolving world, one of the diseases we are all trying to combat is diabetes. According to the Centers for Disease Control and Prevention (CDC), in the year 1958 in the U.S. alone, about 1.28 million people were diagnosed with diabetes. In the year 2015, about 23.35 million had been approximated to have been diagnosed. More and more people are diagnosed with diabetes as the years progress. But what exactly is diabetes? 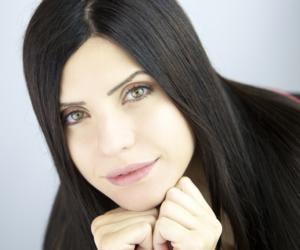 Simply, diabetes is a life-long health condition wherein the amount of glucose or sugar in your blood is higher than normal. The body is unable to use these extra amounts of glucose properly. Now, to understand this better, we need to know exactly what our bodies do. Every time we eat, since food is our energy source, our body turns our food into glucose (sugar). In order for our body to use the glucose properly, we need insulin. Insulin is a substance which our pancreas secretes. This helps our cells absorb the glucose so that we can use it for energy. However, when a person has diabetes, such body function is impaired. According to worldwide statistics, about 380 million people are diagnosed and affected, and it is predicted that by the year 2030, that number could double.

Types and Causes of Diabetes

There are several types of diabetes, but there are 2 common types. Both types differ on the onset of the disease and its respective cause. These 2 common types are:

Now that you know the types of diabetes and what causes them, it’s time to know the common symptoms. Take note that for people with type 1 diabetes, symptoms may occur directly whereas for people with type 2 diabetes, symptoms may develop slowly over time. However, if you think that the following symptoms below correspond to what you feel today, please go to your nearest doctor and have yourself checked and diagnosed. The most common symptoms of diabetes are:

Despite the list provided above, other people may manifest diabetes differently. It is still your best option to have yourself checked and diagnosed. Doing so can minimize the damage and consequences as the right treatment can be given to you.

Why is Diabetes Increasing?

If you have observed the statistical data provided in the beginning of this article, you can see how much increase there has been in diabetic patients for the past 50 years. Since there are two common types of diabetes, there have been studies linked to its increase for the past years.

Prediabetes is a condition wherein the blood glucose levels are higher than normal but is not high enough to be diagnosed with diabetes. People with prediabetes are at a high risk of developing type 2 diabetes and heart diseases. Prediabetes is also called as impaired glucose tolerance and impaired fasting glucose.

If we try and combine the approximate number of people with diabetes and prediabetes, it amounts to 114.4 million Americans having and are susceptible to diabetes. With lifestyle and obesity being the leading causes for the development of diabetes, it is best that you and society do something before it’s too late.

There are now a lot of treatment medicines available for diabetes. One of the most common things you hear about nowadays is insulin shots. There are also oral tablets you can take. Please do not attempt any self-medication for diabetes or any diseases which may cause irreversible consequences. Also, if you prefer alternative methods for diabetes, please approach the right and knowledgeable individuals and doctors to support you.

If diabetes runs in your family, but you are not affected by it yet, it is best to start living and eating healthy to prevent yourself from developing diabetes. Challenge yourself to do better to prevent any complications, but if unavoidable, seek medical help and treatment right away.

What are the early signs of diabetes?

My mother is having excessive water retention in the...

At what age should kids be checked for diabetes? 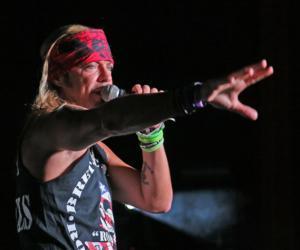 Bret Michaels Rocks Diabetes: An Update on his Health

What happens if a diabetic child has low blood sugar...

How can I control my diabetes?