When mentioning diabetes, people mostly think about high blood sugar, problems associated with poor blood flow, and possible complications if the patient fails to follow their treatment plan. However, one important symptom that constantly gets sidelined (despite being partly responsible for diabetic foot) is the neuropathy caused by prolonged periods of high blood sugar. If the patient fails to abide their treatment and doesn’t take care of themselves appropriately, the disease may advance and begin causing nerve damage.

For those that are not quite certain, diabetes can be categorized as both a metabolic disorder (in the case of type 2 diabetes) or an autoimmune disease (in its type 1 variant). Both types share common symptoms, such as consistently elevated blood sugar levels, which leads to issues such as excessive urination, alongside both increased thirst and appetite and, paradoxically, a notable weight loss despite the increased food consumption. The main difference between both types, however, lies in the mechanisms that support the symptoms.

Does eating sweets cause diabetes in children?

While type 1 diabetes is an autoimmune disorder in which the body develops antibodies against the insulin-producing pancreatic beta cells, which leads to an absolute deficiency in the production of the vital hormone, and the subsequent symptoms of diabetes. On the other hand, type 2 diabetes is caused by excessive consumption of sugary meals, which are metabolized into glucose, and the body must produce additional insulin in order to keep blood sugar levels in check. The excessive demands of the patient’s lifestyle on the beta cells cause them to wear down at an excessive pace, which can lead to their accelerated degeneration.

Those that suffer from type 1 diabetes must rely exclusively on insulin injections to provide the body with the supply of the vital hormone that it requires. Additionally, the patient must adhere to a strict low-sugar diet, complemented by regular exercise, as well as other healthy lifestyle habits. For the type 2 variant, however, the treatment will vary on a case-by-case basis. Prediabetic patients may avoid fully developing the disease by switching to a healthier lifestyle, and by taking oral medication to keep blood sugar levels in check.

It’s important to note that the second type of diabetes doesn’t consist solely on diminished insulin production due to the degeneration of the pancreatic beta cells, as the body also develops a significant resistance to the insulin, reducing its effects once introduced into the body. In this manner, type 2 diabetes is twofold: on one hand, the patient must reduce sugar intake in order to avoid further taxing the pancreas. On the other, the treatment must be directed towards lowering the body’s insulin resistance, so what little of the hormone that’s produced can be efficiently used in the body.

One of the most serious risks when it comes to diabetes stems mainly from the possibility of suffering nerve damage due to having high blood sugar for extended periods of time. This type of nerve damage is called neuropathy, and can commonly cause trouble for those who suffer from it, such as excessive bouts of pain, or loss of sensation in the affected limbs. This nerve damage, coupled with the blood flow issues common in diabetic patients, is a lethal combination and is the main cause of foot amputations in severe cases of diabetes.

There are four types of neuropathy, all of which affect the body in different ways:

This is by far the most frequent type of neuropathy in diabetic patients and affects mostly the peripheral limbs, such as feet and hands. This condition usually begins in the feet and legs, and can then spread to affect the patient’s arms and hands. The most common symptoms of peripheral neuropathy are tingling sensations and numbness in the affected limbs, coupled with pain or burning sensations, sensitivity to touch, pain in the joints and bones, lethargy in the affected limbs, loss of reflexes, balance problems, and infections to the feet and legs.

This type of neuropathy is the main culprit behind diabetic foot, since the person will gradually lose sensation in their feet, most bumps, cuts, or bruises can often go undetected. This fact, coupled with blood flow issues, may lead to severe infections, which frequently end up as full-blown cases of diabetic foot, and the subsequent amputation of affected members to prevent the spread.

The autonomic nerves are those that control breathing, the beating of the heart, respiration, bladder control, and all other involuntary bodily functions. Those who suffer damage to these nerves have trouble with the awareness of bodily functions. For instance, a person with autonomic neuropathy may not be able to determine when they need to urinate, resulting in incontinence or bladder infections. Similarly, constipation is also common in said patients, as well as hypoglycemic unawareness; they can’t tell when their blood sugar has dropped too low.

Also known as diabetic amyotrophy, this condition revolves around the damage of the nerves in the legs and thighs. Symptoms are possible, but uncommon, and involve mostly severe, concentrated pain in the hip, thighs or buttocks. Furthermore, the affected muscles might atrophy, causing weight loss due to the reduction of muscle mass.

As its name implies, this neuropathy manifests in a single nerve, often located in the legs, torso, or face, and resulting in severe pain in the affected area. Luckily, this symptom is usually temporary and can improve with time and by following the treatment plan. The usual duration of a mononeuropathy after it manifests is of a few weeks to no more than a couple of months. Furthermore, there is no lasting nerve damage after the condition recedes.

Neuropathy is a very common condition in diabetic patients, manifesting in around 70% of all cases. Luckily, all types of neuropathy can be addressed through proper care and treatment and, only in the most serious cases do they cause any type of lasting consequences, such as amputations in the case of peripheral neuropathy.

Does a root canal take longer to heal for a diabetic?

What Are the Long-Term Effects of Type 2 Diabetes?... 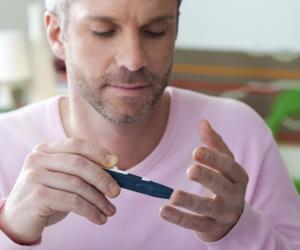 Why am I not putting on weight?