About 60,000 Americans are diagnosed with Parkinson's disease every year, with ten million people around the world suffering from it (http://www.pdf.org/parkinson_statistics). And unfortunately, there is no known cure yet. On the other hand, there are treatment plans that patients can follow to control the symptoms and prevent the disease from worsening. Thanks to organizations and research, new studies and evidence bring us closer to finding a cure. So if you're wondering about the latest news on Parkinson's disease, then read on to learn about new progression and how technology and scientists are soon discovering more about the illness and how it can be treated.

For the past few years, many studies and research initiatives have been done to seek a cure or to discover more about the causes and symptoms of Parkinson's disease. Here are some of the new pieces of information medical professionals have gathered this year: 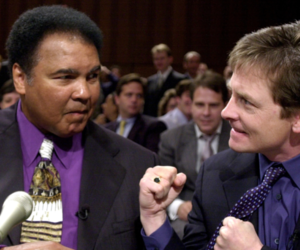 Professors have pinpointed a protein abnormality called the "SOD1 fingerprint". It is located in regions of neuronal loss from the brains of those who have Parkinson's disease. This research was led by Associate Professor Kay Double, which was published in Acta Neuropathologica. This common protein abnormality may come from both oxidative stress and a copper deficiency, with the loss coming specifically in the vulnerable parts of the brains of those with Parkinson's disease.

Researchers from the Okinawa Institute of Science and Technology Graduate University found a particular protein that hinders the transmission of neuronal signals, an essential factor for higher-brain functioning. This is the vesicle endocytosis, which is located in the nerve terminal. Once the vesicles are heavily used, and endocytosis is inhibited, the high-frequency transmission would break down more quickly than it normally should.

When looked at from a deeper aspect, alpha-synuclein would inhibit endocytosis, which researchers have discovered would end up having toxic effects because of the over-assembly of microtubules. The over-assembly would get in the way of endocytosis, resulting in the loss of normal functioning, as well as the death of neurons. While there is still no treatment available for preventing the over-assembly of microtubules, Professor Takashi says that they are getting close to making a discovery. And with knowledge of the target and mechanism, there will need to be more studies made on the microtubules and why they over-assemble. This is to create an effective treatment to stop it.

The latest study was led by both CUMC and the researchers from the La Jolla Institute for Allergy and Immunology. It shows that the soluble protein aggregating in the substantial-nigra's cells (alpha-synuclein) may trigger the immune system, which in turn, would attack brain cells and cause the symptoms of Parkinson's disease to progress. The study consisted of 100 people, taking blood samples from 67 volunteers that have Parkinson's and 36 who don't. The blood samples were then mixed with proteins located in the nerve cells, which also include alpha-synuclein, the ones that accumulate in the brain cells of those who have the disease.

The control subjects' blood had a little reaction, while the other 67 samples have an immune response, which shows that white blood cells from the immune system were already exposed to the protein. So, it looks like the T-cells think that dopamine, which produces brain cells, are foreign because of the buildup of the proteins, which end up attacking the cells and causing Parkinson's.

Genetic studies also link the disease with a variation in genes that are active in the immune response. It adds more proof that the mistaken T-cells are the culprit in destroying the brain's nerve cells. More research must be done to get convincing evidence that pools together genetics, bacteria, and immune responses as the cause of the disease. That way, medical professionals will be able to identify the disease sooner, and even slow or stop the brain cells from destruction (https://nwpf.org/stay-informed/news/2017/06/a-confused-immune-system-could-be-behind-parkinsons-disease/).

Research has shown that the loss of neurons shows non-motor symptoms, which are usually undiagnosed as patients aren't aware of how the disease is linked to the symptoms they have been experiencing. Because of this, these signs are left untreated. One of these non-motor symptoms includes visual problems. Some of these changes include the inability to recognize specific colors, a visual alteration, and the lessening of blinking, which results in the dryness of eyes. These visual changes precede the motor symptoms by as far as a decade. This discovery resulted from a study of a group of newly diagnosed Parkinson's patients without treatment and a group of 20 people who do not have the disease. Brain scans show that the patients have had abnormalities in the past, specifically within the visual system brain structures. This study was published online in the journal Radiology on July 11, 2017.

To assess visual problems in patients can be helpful in differentiating Parkinson's disease to follow the progression and monitor it with drug treatment. Further research must be made, though it's another step closer to helping the prevention of Parkinson's.

Learning about Parkinson's disease is imperative. Not only will it help you take the preventive measures, but you learn new ways on how to take care of those who have Parkinson's, or to manage it yourself if you have it. As long as you stay updated with the latest news, you'll be able to track the progress and be the first to know if there are new discoveries and studies to be made. 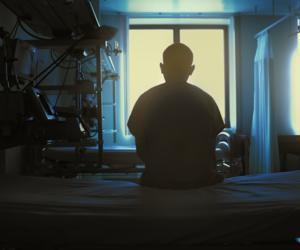 How REM Sleep Behavior Disorder Ties in with Parkinson's...

Are falls a common risk of Parkinson's disease?

Movement Disorder in Parkinson's May Be Due to Brain's Rewiring