Torrin Breneman first learned about cancer three years ago, and it made an impact on him. When he learned what cancer can do to a person, and that it affects children across the world, Torrin made a decision to do something about it. He grew out his hair for the next three years, with the intentions of donating the hair to a charity called Wigs for Kids. Come March of this past year, Torrin was able to donate over 12 inches of his hair to children who have lost their hair to cancer.

His parents couldn’t have been prouder, and for the next few months, everything was well. Torrin continued to go to school, and did the things he enjoyed. Above all else, Torrin loved wrestling, and his parents decided to let him go to a major WWE wrestling event at the Little Caesar’s Arena in early October. Things would take a turn for the worst, when six months after Torrin donated his hair to cancer, he started to develop a bad cough. 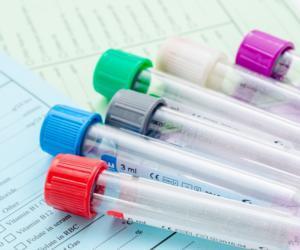 He went into the doctor to see about his cough. What happened next shocked everyone who knew Torrin. He was diagnosed with stage four Hodgkin lymphoma. His parents were shocked. Doctors said that his cancer spread within a three-week period of time, an extremely aggressive onset of the disease. By the time the cancer was discovered, it had spread to almost every part of his body, including the liver, blood, kidney, bones, and stomach.

As soon as Torrin was diagnosed, he was admitted into the intensive care unit at the Children’s Hospital. He began immediate treatment, and doctors waited to see how he would respond. The original prognosis was not good, but after a few rounds of chemotherapy, the doctors are reporting that he has an 80% to 85% chance of beating the cancer. The news is the first piece of good news that the parents have received since the initial diagnosis.

Torrin’s mother said that she “lost it at the initial diagnosis… but as soon as [Torrin] walked into the room, I was able to stop.” Cancer is not a contagious disease, nor is it predictable. The fact that Torrin was diagnosed with such a severe cancer after being completely free of cancer only a month before is just as tragic as it was sudden. Hodgkin lymphoma progresses relatively quickly, but is also relatively treatable. Though it can be scary to hear how quickly the cancer spreads, it must have been relieving to hear that the disease is not irreversible.

For a 12-year-old boy who only learned about cancer three years ago, Torrin is taking much of the treatment and ordeal in stride. He is undergoing regular chemotherapy, which is extremely difficult for even adults to handle. The treatment of cancer through medicines often leaves healthy cells damaged, even as the cancerous cells are attacked and kept at bay.

Hodgkin lymphoma progresses systematically, and this is good news for doctors who are attempting to target problem areas and push the cancer out of major organs. His high odds of beating the cancer are only temporary, as simply having lymphoma will put Torrin at a higher risk of developing other cancers later in his lifetime. Every cancer case is different depending on the person, and Torrin’s chances of surviving the cancer for 5 years and beyond—when he will be deemed cancer free—are improved by the fact that he is younger than 45 and the fact the cancer was caught earlier sooner rather than later in its progression.

Torrin’s family has had to make radical changes and adjustments to be able to support and cope with their son’s illness. In addition to his mother and father, Torrin has a 7-year-old daughter who is trying her best to understand and cope with what she is watching her brother go through. Both of his parents work full time, and are having to take time off of their jobs in order to be by their son, to be ready to make any important decisions, to ensure that the treatment is going well, and to let their son know that they are there for him.

Shortly after the diagnosis, the family’s house was broken into and a number of items were stolen, including gifts that were intended for Torrin. The news was overwhelmingly difficult for the family, who had already been struggling with and coping with so much. They found out from the police that their house had been broken into, who notified them that the burglary occurred while they were all with Torrin at the hospital.

Already struggling from having to take time off work, the family launched a GoFundMe campaign titled “Support Torrin Breneman.” Donations are still being accepted, and the family as currently halfway through their support goal. The campaign is trending as more and more people learn about Torrin’s story, and as people share the story throughout social media. GoFundMe allows users to launch personalized fundraising campaigns, and over 90% of all funds go directly to the individual or entity requesting donations.

Torrin’s school is also helping the family by raising funds and dedicating their Tuesdays to Torrin, calling it Torrin Tuesday. At the school, he is regarded as a hero for both bravely battling the cancer, and for donating his hair and having cared so much about the disease before it ever impacted his own life. All donations raised by the school are going straight to the family to use for anything that they might need: food, cleaning services, and other daily tasks that are falling by the wayside in light of Torrin’s battle.

Torrin’s charity of choice is called Wigs for Kids, and anyone can participate. The program is a mail-in charity that sets up specific guidelines for those who are willing to donate 12 inches or more of their hair to children affected by cancer. The address can be found on their website, as well as a full guideline to submissions. The charity encourages going through a hair professional, who can ensure that the hair meets all of the guidelines listed on the site.
Hair replacement therapies and other medical alternatives to hair loss can cost upwards of $1800. This is a large expense on top of a medical battle that typically sets a financial burden on families for the rest of their lives, even with private insurance. Live hair wigs are similarly expensive, and paying out-of-pocket for such a wig can be expensive. Like Torrin, many people will find that they are able to help a child directly this way, even if they never get a chance to meet the child.

Being diagnosed with cancer is far more difficult than simply dealing with the health risks and physical challenge of battling the disease. For a young boy like Torrin, cancer will forever be a part of his identity. The risk of cancer returning will shape the way that he approaches and responds to life. That being said, the support of both his community and strangers will shape his beliefs about the way that people are able to help and care for one another.

Torrin is someone who took personal action before the disease directly challenged his life, and he has already proven himself to be such a person who brings out the best in humankind.

Living as a Non-Hodgkin Lymphoma Survivor: The Importance...

More from FindATopDoc on Non-Hodgkin Lymphoma

What is the treatment for lymphoma? 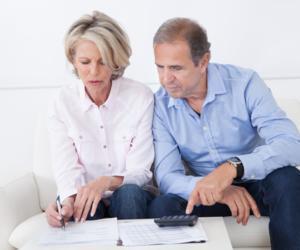