Alzheimer’s is a common medical condition among older adults that affects the brain. It is also one of the most common forms of dementia. One of the common misconceptions associated with this disorder is that it is a disease of the elderly. While it is true that age is an important risk factor when it comes to the development of Alzheimer’s disease, the fact is that in some cases, even young people can be affected by it. An early onset or younger onset of Alzheimer's occurs in about 5 percent of people who are suffering from the disease. The normal age of symptom development associated with Alzheimer's is about 65 years old.

Life with a disease like Alzheimer’s can be very difficult and challenging. As the disease progresses, so do the symptoms, making it challenging for patients to lead a normal life and to independently carry out the most basic everyday chores. Most patients who have Alzheimer’s suffer more due to the mental and emotional agony this disease leaves them with. Family support and quality care can make it easier for the patients to deal with the disease. 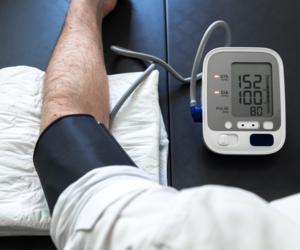 Connecting the Dots Between Alzheimer's and Hypertension 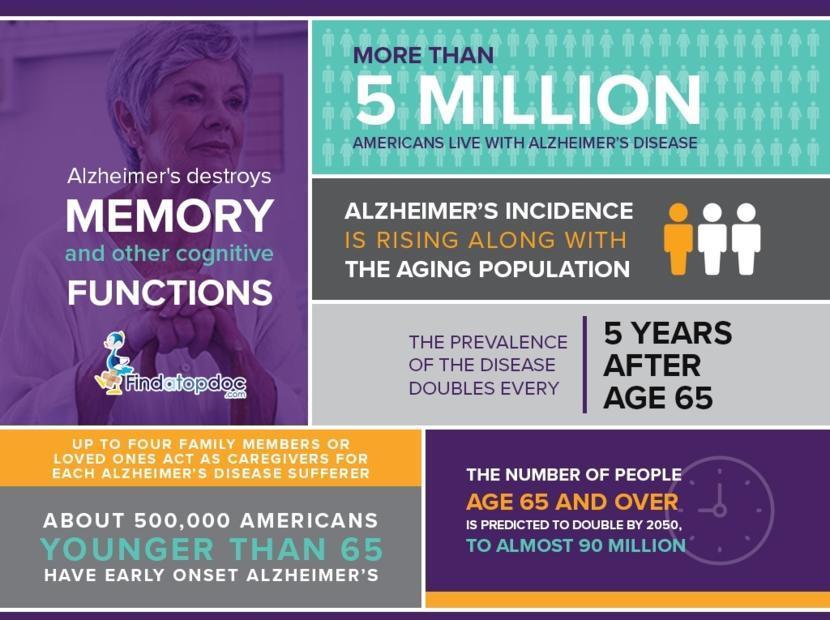 The brain comprises of a large number of nerve cells or neurons. These neurons are estimated at close to 100 billion in the brain. Each cell connects with other nerve cells to create a network that is primarily responsible for communication. Every set of nerve cells has a specific job and function to perform. In this network of nerve cells are one group of nerve cells whose job is to remember and learn. Other functions of nerve cells include seeing, hearing, and smelling.

According to research, Alzheimer's disease hampers parts of these cell factories from functioning well. While research still does not indicate where the trouble really starts from, it appears that problems in one cell network can cause problems in others as well. Due to the damage, the brain cells slowly start failing to perform their specific jobs, which can lead to irreversible damages to the brain.

Here are some facts about Alzheimer’s that you should know about if you or your loved one is suffering from the disease. There are a number of misconceptions about the disease and the following facts will help clear those up:

1) Alzheimer's and dementia are not synonymous

A number of people think Alzheimer's and dementia are synonymous terms and often use them interchangeably. However, the truth is dementia is a wider medical condition, and Alzheimer’s is only a form of dementia. It is, in fact, one of the most common types of dementia. According to statistics, around 60-80 percent of dementia cases are diagnosed as Alzheimer’s.

2) Alzheimer's is not a part of the aging process

It is true that the most common factor that causes Alzheimer's is aging and most of the people diagnosed with this disease are 65 years or older. However, to classify Alzheimer’s as a disease of the elderly is incorrect since it can happen to younger people as well. Alzheimer's disease that affects younger people is known as "early onset" and is seen in about 5 percent of Alzheimer's cases.

3) Alzheimer's is a progressive disease

Alzheimer's is a slow and gradual disease that progresses as the symptoms of the disease begin to worsen. The disorder usually happens over years and is not sudden. The most common symptom associated with Alzheimer's is memory loss. In the early stages, memory loss is mild and barely noticeable. Most people do not even take it as a sign of Alzheimer's and shrug it off as forgetfulness. However, as this symptom progresses, patients begin to forget words and are unable to carry out a conversation. They may jump between topics as they forget what they were talking about, and in most cases, struggle to find the right words to use.

4) Alzheimer's can lead to death

Alzheimer's, for most people, is a lifestyle disease, but according to statistics, it is one of the leading causes of death in the United States, which ranks 6th in comparison with other diseases. People with Alzheimer’s can live for an average of eight years once their symptoms are clearly evident and diagnosed. However, their survival chances also depend on their age and other underlying health problems.

5) There is no definitive cure for Alzheimer's disease

Alzheimer's as a medical condition has no cure for the disease in itself. There are no specific treatments that can stop the disease from progressing. However, there are a few medications that are prescribed for patients to deal with the symptoms and can making living with Alzheimer's easier for the patient and their caregivers. There is also constant research being made to help prevent and delay the symptoms of Alzheimer's.

As the body ages, its processes begin to slow down, and the same goes for the brain. Over a period of time, signs of aging such as slow thinking and forgetfulness, occur in a large number of people. However, when symptoms such as a considerable loss of memory, confusion, and other changes in the mind occur, it could be a sign of a serious underlying problem of the brain.

One of the most commonly heard complaints among Alzheimer's patients is that they find it hard to remember information, particularly, recent ones. The reason is that the disease greatly affects the learning capacity of the patients, which is why they may remember older information but find it hard to remember recently heard information. As the disease progresses, it also gradually affects the major part of the brain. Serious complications and symptoms such as disorientation, mood swings, behavioral changes, and confusion become evident. Soon, patients even find it difficult to talk, swallow, or walk. 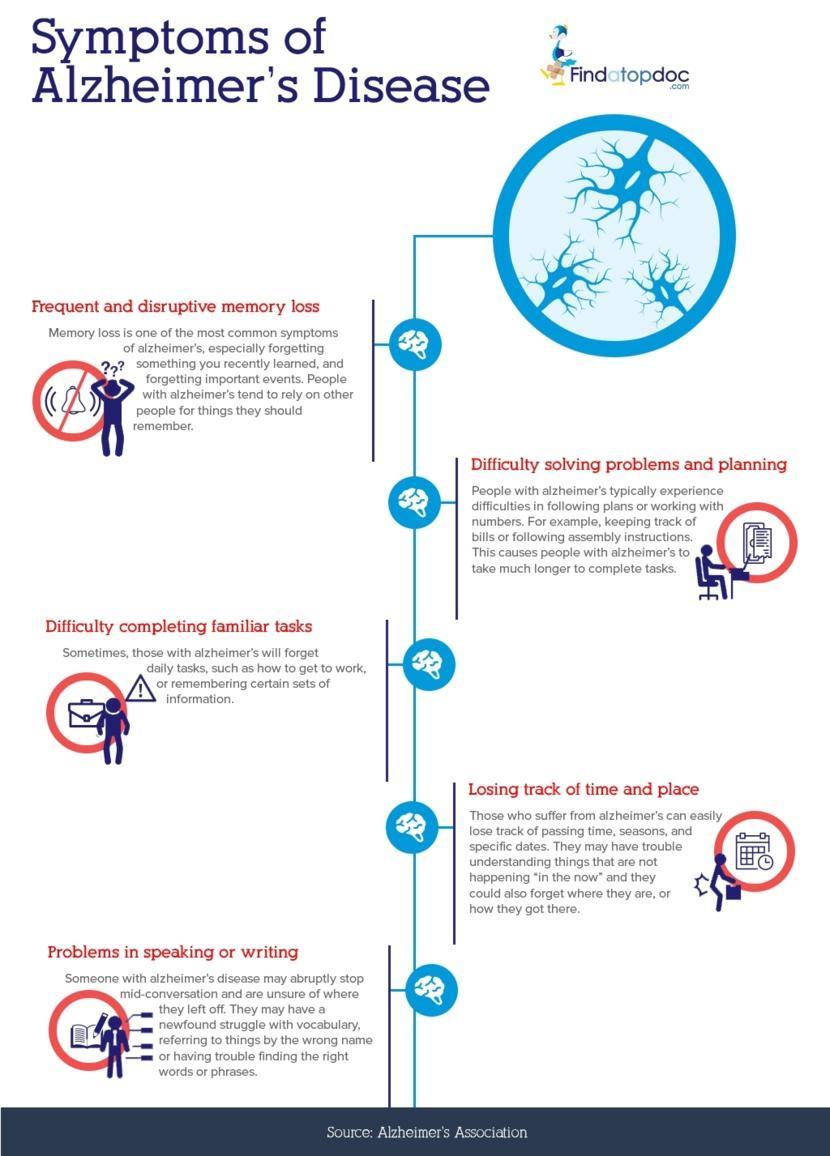 Most people do not understand that their impaired memory could be a result of Alzheimer's, which needs treatment. However, people around the patient may notice the changes and signs better than the patients themselves. Patients suffering from any symptoms connected to brain disease must see a doctor as soon as possible to start off on a treatment for the symptoms. Early intervention cannot prevent the disease but can certainly help you deal with the symptoms better.

The most common symptoms that are clear warning signs for Alzheimer's include:

Alzheimer's patients find it difficult to learn and remember new information. They tend to forget important dates and events and tend to ask the same information repeatedly. They begin to rely on memory aids such as notes, electronic reminders, and so on.

A number of Alzheimer’s patients find it difficult to understand and think clearly. They have issues in grasping information, processing it, and have trouble concentrating. Simple tasks like following a recipe or keeping tab of bills become quite difficult and challenging.

People suffering from Alzheimer’s disease find it extremely difficult to effectively complete everyday chores. As the disease progresses, they require help from others to complete their everyday tasks. Driving and parking a car have become difficult for these patients.

A person suffering from Alzheimer's disease tends to put things in unusual places due to being unable to remember where they have put them. Keys, mobile phones, and wallets are among the type of things they can forget about. In many cases, the patient may even accuse others of stealing their lost things.

The various mood changes that occur in Alzheimer’s patients can lead to the patient staying aloof. They do not seem interested in hobbies as they can barely remember things. Due to the changes they are experiencing, they may feel awkward when interacting with others.

Alzheimer's is a life-changing medical condition that impacts the quality of life one leads. Support, love, and understanding from loved ones can make life more bearable for these patients. If your loved one is suffering from this brain disease, and you are not sure how to handle it, do not shy away from seeking help from various support groups. Also, if the patient requires constant care, a caregiver must be assigned to help the patient continue to live his or her life normally. 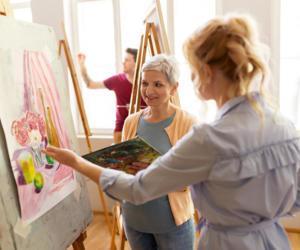 Why Are Alzheimer's Patients More Creative than They... 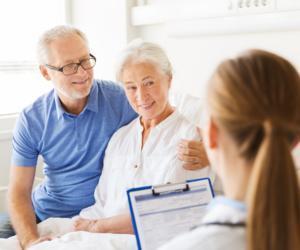 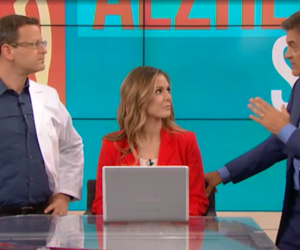 Alzheimer's Cases Expected to Quadruple by 2050