One day, all of a sudden, you notice that you have floating poop. The very next thing that comes to your mind is,  "Why?"

Usually, poop sinks to the bottom of the toilet, so you might be wondering why your poop floats. Diet and other contributing factors can cause changes in the stool's structure, which can result in floating. However, floating stools are often not a cause for concern since they do not always indicate an illness. Stools are also more likely to return back to normal without treatment.

My baby has swallowed his poop. Is it serious?

The reason behind a floating or sinking poop is its density. Most people believe that too much fat in poop causes it to float since oil floats on water. The truth is that poop floats due to the presence of intestinal gas that did not pass as flatus (fart) but passed in the poop instead.

Within your digestive system, more gas can be created if you eat something that does not agree with your body or if you have intolerance toward gluten or dairy. Excess gas can be transferred and get trapped in the poop, which causes it to float instead of sink. However, there are also other causes of floating poop. They include:

Steatorrhea is the medical term for a fatty stool or the presence of excess fat in the feces. This symptom is usually a result of fat malabsorption, which means that the body is either unable to properly absorb nutrients or unable to make bile or enzymes needed for proper food digestion.

Steatorrhea is characterized by foul-smelling, bulky, and pale stools. Oily poop is usually difficult to flush away since they frequently stick to the toilet bowl. Another cause of steatorrhea is a gastrointestinal infection, which includes giardiasis (a parasitic intestinal infection). Passing oily poop can also be a result of taking certain medications or conditions that disrupt nutrient absorption, such as:

Steatorrhea can also be a symptom of problems in the liver, pancreas, or gallbladder.

There are particular types of food that can cause gas in poop. These foods include large amounts of:

Celiac disease is an autoimmune disease that damages the small intestine lining when gluten is consumed. Gluten is a type of protein found in barley, rye, and wheat. There is currently no cure for celiac disease, but people with the disease can effectively manage their symptoms if they steer clear of gluten.

Chronic pancreatitis is the inflammation of the pancreas that gets worse over time. This condition is often linked to gallstone formation, alcoholism, and diabetes. Its symptoms include floating poop, abdominal bloating, abdominal pain, back pain, and weight loss.

Choledocholithiasis is the medical term for the presence of gallstones in the common bile duct. This condition is often asymptomatic unless there is a bile duct obstruction (stones obstructing the bile duct). Aside from causing floating poop, its symptoms may include the following:

It is a chronic disease that is characterized by scarring, inflammation, and damage to the bile ducts inside and outside the liver. This condition is often associated with ulcerative colitis. Its symptoms may include floating stools, dark-colored urine, jaundice, fever, chills, itchy skin, and fatigue.

Cystic fibrosis is a genetic disease that causes the buildup of thick, sticky mucus in the lungs, digestive tract, pancreas, and other body organs. People with cystic fibrosis often experience lung infections along with difficulty breathing over time.

If there is an excessive buildup of mucus in the pancreas, there would be a disruption in the proper absorption of nutrients, which causes floating poop. In this case, a floating poop indicates that you are unable to absorb sufficient amounts of fat from the food you eat. Although cystic fibrosis has no cure, the symptoms can be managed by taking certain medications.

The pancreas produces different types of digestive enzymes. These enzymes are released into the duodenum of the small intestine. However, in people with pancreatic diseases, there may be an insufficient amount of digestive enzymes needed to break down food. As a result, nutrients build up in the lower bowels. Bacteria may feed on this nutrient buildup and then rapidly grow and multiply, producing more gas. A floating stool is also one of the symptoms of pancreatic cancer.

Floating poop can also be due to rare genetic diseases, which include:

What Your Poop Says About Your Health

How often should one have bowel movements?

More from FindATopDoc on Floating Poop

Can milk cause loose stool in kids? 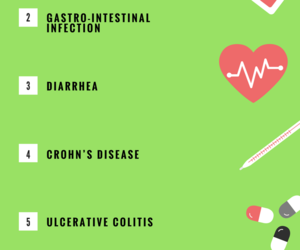 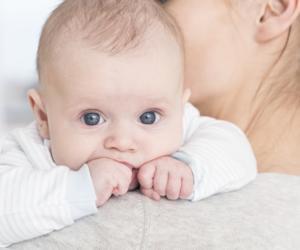 Green Poop in Babies: When Should You Worry About It?

My baby has swallowed his poop. Is it serious?