What is a rutabaga?

Rutabaga is also called as neep, Swedish turnip or swede. It is a member of the Cruciferae family. Rutabaga comes from the Swedish word "rotabagge," which means "baggy root" or "thick roots". Throughout the world, rutabaga is commonly referred to as "swedes" but in the United States, it is known as rutabaga. This root vegetable originated in the 17th century as a hybrid between a wild cabbage and a turnip.

Oftentimes, people confuse it with the regular turnip. The rutabaga is a biennial plant and is grown annually. During the second year of its growth, it produces seeds. This root vegetable is known to thrive best in moderate to well-drained fertile soil. The leaves of this vegetable are smooth, waxy, and thick, which are quite similar to cabbage. The color of the leaves is medium green to blue-green. It is often called as a cold season vegetable, which can stand against freezing and frost. It has a small neck and a well-defined taproot along with small side roots. 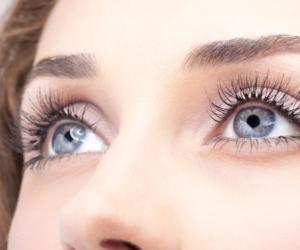 Have a question aboutRutabaga?Ask a doctor now

Rutabagas are basically root vegetables, which are considered to be a rich source of potassium, fiber, and vitamin C. Rutabagas are low in calories and also free from fat, but they are very tasty and flavorful. Rutabaga is often associated with the prevention of certain types of cancer. The roots of this vegetable can be eaten in raw or pickled form. They are prepared in a very similar manner as potatoes, wherein it can be baked, steamed, sautéed, or roasted.

The common preparations where rutabaga is used is in stews, soups, or casseroles. The leaves of this vegetables are also edible, and they are also prepared in a similar manner. Rutabagas look like a relative to turnips, but they are actually on the larger part and also look dense when compared to turnips.

Rutabagas are also high in a lot of essential nutrients. Turnips and rutabagas also differ in their taste as well as their appearance. On one side, turnips are white-fleshed with purple or white skin while rutabagas appear to have a skin that is purple-tinged with yellow flesh. However, both of these vegetables have a sweet and nutty flavor. Turnips are more on the peppery side, whereas rutabagas are sweet to taste. The moisture content of rutabaga is slightly lower than turnips.

A small rutabaga contains approximately 70 calories along with the following vitamins and minerals:

Rutabagas also contain two of the most important organic compounds called as carotenoids and glucosinolates. Both of these compounds have amazing health benefits.

Rutabaga is considered as a cousin to cruciferous vegetables. This root vegetable is enriched with fiber wherein one small rutabaga can provide over 17 percent of the daily fiber requirement, making it one of the densest high fiber food. Fiber is quite important for our body. Dietary fiber helps improve the process of digestion by bulking up the stool. It also encourages bowel movements, which makes rutabaga as a natural medicine for constipation relief.

In one of the reports, it was mentioned that the intake of dietary fiber leads to an increase in the frequency of bowel movements for those who are constipated. According to research, it has been confirmed that the regular intake of fiber in the diet can help treat hemorrhoids, gastrointestinal diseases, stroke, diabetes, high cholesterol levels, and heart-related problems. Rutabaga is considered as one of the best choices for the overall well-being of the body.

Rutabaga contains a very good amount of vitamin B6. This vitamin is mostly involved in the production of hormones in the brain. Vitamin B6 is considered to be an important nutrient when it comes to treating mood-related problems and any other kind of brain disorders, which occur due to neurotransmitter function deficiencies.

Studies have suggested that individuals who intake vitamin B6 supplements can quickly lift up their mood and avoid a lack of concentration and energy.

Rutabaga and other root vegetables are always regarded as good sources of potassium. Potassium is considered to be a vital mineral for the proper functioning of the tissues, organs, and cells in the body. It is also an electrolyte, which is a substance that conducts electricity in the body in addition to calcium, chloride, sodium, and magnesium. Potassium also plays an important role in the healthy functioning of the heart.

It helps in the smooth contraction of muscles, thereby making it important for normal muscular function and digestion. Individuals who include potassium-rich foods in their diet prevent certain medical conditions such as ischemic stroke. In today’s changing lifestyle, there has been an increase in the consumption of processed and packaged foods as well as drinks without potassium content.

Also, most people these days seldom consume fresh fruits and vegetables, leading to a decrease in the levels of potassium in the body. According to studies, it has been confirmed that individuals who consume foods rich in potassium tend to lower their blood pressure levels from high as well as average blood pressure readings.

It also helps reduce heart-related problems, which mostly happen due to high blood pressure. A good amount of potassium in the body also slows down the development of any renal conditions since an increase in potassium causes a lower urinary calcium excretion. It also plays a vital role in the management of hypercalciuria as well as kidney stone issues. One of the best methods of increasing potassium in the body is to increase one's intake of fresh fruits and vegetables such as rutabaga.

Rutabaga is a rich source of antioxidant compounds. This root vegetable is considered as a potential treatment for cancer in a natural way. Glucosinolates are one of the sulfur-containing compounds that have shown to reduce the progression of those who already have cancer. Rutabaga has glucosinolates that tend to remain intact until they come in contact with myrosinase enzyme in the chewing process.

Myrosinase enzyme then leads to the release of glucose and the breakdown of products such as isothiocyanates, which help stimulate cell death in human tumor cells. As men age, the risk of developing prostate cancer also increases. Studies have shown that consuming a diet high in fat increases one's risk of having prostate cancer.

On the other hand, a diet high in vegetables, particularly those that belong to the Cruciferous family such as cabbage, kale, cauliflower, broccoli, Brussel sprouts, turnip, radish, and rutabaga are linked to a lower prostate cancer risk.

Rutabaga is a storehouse of minerals such as calcium, zinc, phosphorous, magnesium, and manganese. All of these minerals have vital roles in the creation and maintenance of bone tissues. As we age, our bones also become weaker due to the lack of essential minerals required for bone strength.

The weakening of the bones ultimately leads to osteoporosis, which in today’s age is known to affect millions of individuals around the world. Maintaining strong and healthy bones is quite important as one gets older to avoid common age-related disorders in the future.

Rutabaga is loaded with vitamin C. A single serving of this root vegetable is known to contain more than half of the daily requirement of vitamin C. It is considered as one of the best food sources of vitamin C. A small rutabaga can complete your daily needs by 80 percent. Vitamin C is considered essential when it comes to various body processes, which would include immune system stimulation that leads to the production of white blood cells (WBCs). These cells help keep infections and harmful microorganisms at bay.

Vitamin C improves the outcome of certain diseases such as malaria, pneumonia, and diarrheal infections. Vitamin C plays an important role in the healthy functioning of the immune system. By taking vitamin C, the body becomes resistant to certain infectious agents leading to a decrease in the risk and duration of certain infectious diseases. The consumption of rutabaga can lead to increased vitamin C levels in the body. The next time you contract colds and flu, be sure to include rutabaga in your diet for a dose of vitamin C.

Rutabaga is high in antioxidants. It is known to be filled with powerful antioxidants such as carotenoids. Moreover, the body can convert some of the antioxidants into vitamin A. Carotenoids are a colorful group of compounds, which are mainly available in plants.

In plants, they provide photoprotection and also act as pigments in the process of photosynthesis. There are numerous types of health benefits, which can be provided by dietary carotenoids. They would help reduce the risk of certain diseases such as eye problems or different types of cancer.

Rutabaga is considered as one of the best options for most vegetarian people since it is a powerhouse of proteins. Protein is something that vegetarians lack in their daily diet, which ultimately leads to deficiencies.

Proteins and amino acids are the building blocks in the formation of new cells in the body. For this reason, they are essential for the proper growth and development, reproduction, contraction of muscles, healing process, and other varied important processes going on in the body.

9. Prevents signs of aging and helps in weight loss

Rutabagas are considered to be highly effective in fighting free radical damage. Free radical damage leads to premature signs of aging such as fine lines, wrinkles, and dark spots on the skin. Rutabaga intake helps in reducing or preventing these premature signs of aging. It is also a good source of improving one's eyesight and helps in the stimulation of healthy cell regeneration in various organs and tissues.

Due to rutabaga's low-calorie content, it is considered to be an ideal vegetable for losing weight. Moreover, due to its high fiber content, it increases the rate of metabolism in the body, which effectively helps in losing weight without any side effects. A cup of rutabaga only contains 66 calories.

Among various food items, rutabaga is similar to potatoes. It does not have too much carbohydrate content, which would break down into simple sugars that create trouble on the insulin and glucose levels of the body. Hence, rutabaga can be consumed instead of potatoes, especially those who have diabetes.

It is also great for those who are looking to lose belly fat. Rutabaga helps in the prevention of type 2 diabetes. Due to rutabaga's other nutritional values, it is considered as an ideal choice to be included in the diet.

Your Dentist is The First Line of Defense Against Oral...

Can you put braces on just a few teeth?

Can fertility pills help you get pregnant?

More from FindATopDoc on Rutabaga 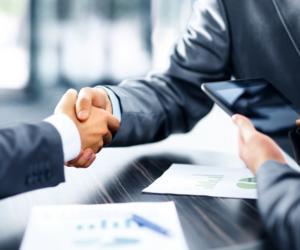 Can acupuncture help with nausea?