A young boy was in dire need of a transplant, but hospitals refused him due to his autism. After fighting the odds and getting the procedure, surviving, and thriving, he has started a conversation about preventing medical bias.

Battle for a transplant

Lief was only nine years old when he became ill with a virus. Unfortunately, it struck at his heart, which then became swamped with fluids. From the flooding in his heart, pressure mounted, eventually ripping the muscle fibers. 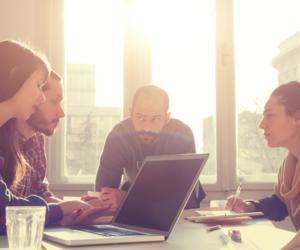 A few weeks prior, everyone would have considered Lief a completely normal kid; they wouldn't recognize him as the critically ill patient who was confined to his hospital room. Lief needed a heart transplant in order to have any prospect of survival, which is a terrible ordeal for both a patient and their family to go through. As if it isn't a hard enough situation in general, it is especially taxing for children with disabilities.

Lief has autism and is non-speaking. For communication, he types. He has trouble with sensory disturbances, intense motor planning troubles, and perseverance behaviors. Because of the disabilities that Lief is plagued with, the doctors refused to operate on him, and would not consider him for the transplant. They told his devastated parents that they should essentially be ready for him to pass away.

Refusing to give up, his parents approached another hospital but were met with the same response. In the meantime, Lief was becoming weaker and weaker. Luckily, a young physician lobbied for Lief to be able to have a transplant at a third hospital.

Finally, Lucile Packard Children's Hospital at Stanford University agreed to accept Lief for the transplant. However, the worst was not yet over. Lief and his parents had to fly from Portland, Oregon to the hospital in California, a trip that doctors warned he would not make it through.

After watching Lief's heart stop repeatedly during the flight, his parents were thrilled when they landed. He was immediately outfitted with what is referred to as a standard bridge therapy, which is a computer and batteries that dangle from the body, which was able to extend his life by a number of years. However, the apparatus is very burdensome and heavy. Approximately 7,000 children and adults use standard bridge therapy, and unfortunately, the local hospital that Lief's parents had approached prior to flying to California did not even mention that such a therapy is available in existence, or could lengthen his life.

Unfortunately, Lief is not the only person who has suffered through such unjust interactions. People with disabilities who are seeking the care they need to prolong their lives are often discriminated against, often costing them their lives. What's worse is that in most states, there is absolutely no legislation protecting people from bias in transplants. Of course, without some sort of former barrier to stop this discrimination, it is unlikely that we will be able to see any stop to it.

From first becoming ill, Lief had to spend over a year at the hospital. Not only that, but he had to endure almost six open-heart surgeries and other procedures that were equally as traumatizing.

Although many would have expected that Lief never would be able to make it through those hard times, he showed them all wrong and continued to bravely fight for his life. Not only did he beat the odds in his own lifespan, and show people what a fighter he truly was, but even his communication drastically improved. He was eventually capable of fully being engaged in his care and was entirely compliant with each and every one of his treatments. While many looked at Lief as a desperately disabled person, he proved to be better equipped than even many neurotypical adults to handle such an excruciating experience.

Eventually, Lief did receive a human heart. It is assumed that he is the first person who has severe autism to ever undergo a heart transplant. However, unfortunately, many before him have needed a transplant who was unable to, due to the same type of discrimination that Lief had faced.

Now, because eventually, he found medical institutions and professionals who would not discriminate against him, Lief is 14 years old. He is healthy and doing well, something that many of his doctors dismissed as impossible.

Who gets a transplant?

Transplant programs are allowed to decide whether or not disabilities of patients will be considered in their decision of acceptance. There are around 815 transplant programs just in the United States, but most of them have the ability to decide whether or not to take neurocognitive disabilities into account when arbitrating on whether or not to provide the transplant, an operation that would save the lives of these people. Of course, their decision to either do so or not varies between programs, and some will choose not to discriminate.

In 2008, a study done at the Stanford Center for Biomedical Ethics studied pediatric heart, liver, and kidney transplant programs and found that 43 percent of the programs would consider neurodevelopmental delays, but 39 percent either rarely or never did. When you look into this discretion, stereotypes and false assumptions are clearly prevalent, even in the medical community.

A common assumption within these transplant teams that have the ability to make decisions as to whether receives an operation or not is that people with disabilities may not be able to make it through the procedure. It is generally accepted that transplants are terribly rigorous, grueling, painful, and exhausting, to say the least, and it is assumed that anyone who is not neurotypical would not stand a chance. Even if one is to accept that many with disabilities are equally as able to make it through the surgery, some assume that after the operation they will not be able to adequately recover and engage in self-care.

The Americans With Disabilities Act has been set forth to prevent discrimination in medicine, to enable everyone to equal access to just and fair treatment. However, there is absolutely no enforcement of this act, making it unsurprising that discrimination medicine still happens on a very consistent basis.

It also varies by state significantly. Certain states (Oregon, California, New Jersey, Maryland, and Massachusetts) have taken further initiatives to ban these types of discrimination, and are trying their best to spread the movement to other states. Lief's family is from Oregon, and they are fighting to spread the message that their state has adopted to take strides in preventing discrimination for others. Lief's story has the ability to make many second-guesses their prejudices and is inspiring others to question the status quo that dismisses those with disabilities as unable to undergo what many neurotypical people are automatically accepted as capable of.

If you want to see more children with autism have equal access to transplants, and even move forward to having transplants specifically with an understanding of autism, you can join Lief's family in the movement to spread awareness and strive for justice. You can write to government officials in your state and explain to them why this is such a worthy cause. Lief, and thousands in his situation, will be forever grateful. 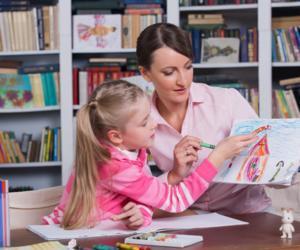 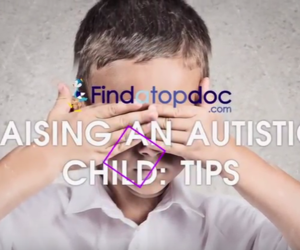 My son is autistic and reacts violently to certain triggers. How can I help him?