Researchers have been trying to figure out why Cystic Fibrosis (CF) patients are unable to fight off bacterial infections. 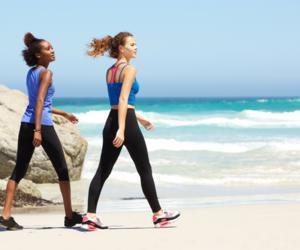 Initially, mice were used to evaluate CF, but they did not spontaneously develop CF like humans do. This led researchers to find a new species to use for their models. In 2008 swine were considered to try studies on because of their similarity to humans in regards to their respiratory anatomy and physiology. Pigs have been extremely valuable to researchers to help clarify questions and increasing understanding of the disease.

Since 2008, there have been several studies using pigs to research CF. The Journal of Clinical Investigation (JCI) published two studies looking at the effectiveness of gene therapies for the disease. Pigs are similar to humans in the way CF develops. Pigs carry the ExeGen CFTR gene which causes them to lose the ability and function of the protein. Human genetics work the same way.

The first study published in the JCI is titled: Lentiviral-Mediated Phenotypic Correction of Cystic Fibrosis Pigs. Researcher Ashley Cooney, from the University of Iowa, used a lentiviral gene delivery therapy. This technique uses a modified virus which is capable of entering cells and replacing the copy of a gene in the cell’s DNA but without causing the disease.

The goal of this technique is to correct a genetic defect, in particular with CF, the CFTR gene. In pigs, the study was successful, showing the CFTR protein was functional. This reduced the risk of bacterial infection and improved overall health of the pigs.

In the second study titled: CFTR Gene Transfer with AAV Improves Early Cystic Fibrosis Pig Phenotypes, carried out by Benjamin Steines, with the University of California. In this study, researchers used the adeno-associated virus (AAV) to modify CF affected cells to produce new genetic copies of their information, without causing the disease.

To introduce normal copies of the CFTR gene, pigs were injected with the AAV into the airways of CF affected animals. Researchers found that the pigs were injected in the AAV had functional levels of CFTR and a stronger defense against bacterial infections.

Juan Ianowski, associate professor in the Department of Physiology and senior author of the latest swine study, said for decades CF researchers have been trying to figure out if it’s caused by a bacterial problem, an inflammation problem, or an immune system problem. They used swine for the study because pigs are very similar to humans, especially in the way pigs develop CF.

The study showed that in pigs with CF, the genetic mutation prevents the secretion of airway surface liquid (ASL) passages. ASL is made up of a mixture of salts, water, mucus and antimicrobial compounds. This allows bacteria and germs to essentially stick to the lungs and bronchial tubes of CF patients increasing their susceptibility to infections. This new finding explains why the patients are unable to fight off bacterial infections.

Researchers who performed the study at the University of Saskatchewan in Canada say medical doctors can now possibly delay the progression of CF by prescribing treatments that increase the amount of liquid secreted, like hypertonic saline inhalation. This would protect the airways from bacterial infections. The research was published in the Nature Communications Journal. They reported that CF pigs fail to produce airway surface liquid in response to inhalation of pathogens.

In the past, researchers have hypothesized that bacterial infections cause CF. They thought a lack of airway secretion fluid in response to inhaling bacteria caused defective bacterial clearance. However, until this study on swine, researchers could not prove those hypotheses.

Ianowski has spent the last seven years developing imaging technology to measure airway secretion fluid. His technology is able to measure the 80 micrometer this mucous layer, thinner than a strand of hair. The study found that when healthy pigs inhaled bacteria, they secreted fluid which coated the airway and prevented infections. Pigs with CF did not secrete any fluid.

In the study, they also found two different mechanisms involved in secretion of fluid. The first was a baseline secretion fluid. In pigs with CF, the baseline fluid was significantly reduced. The second mechanism was more specific, linking an immune receptor, CFTR, that recognized the type of bacteria that causes lung infections. When the receptor is activated in CF pigs, the signal to produce fluid did not translate.

When there is a mutation in the CFTR, mucus builds up and causes bacterial overgrowth and infection. Ianowski said the swine study proved that normal airway response to the inhalation of bacteria produces liquid. This process depends on the CFTR gene. If your CFTR is not normal then it does not work. In conclusion, the study proved that in CF pigs the CFTR response is absent.

Another study published in the JCI found that increasing the pH balance of the normally acidic ASL, found in CF pigs, helped to kill bacteria in the airways. This research came from the University of Iowa Carver College of Medicine. The study used a buffer called, tromethamine or Tham, as an inhaled therapy to manage airways symptoms in CF affected pigs.

In CF patients, the pH of their ASL is more acidic because the CFTR gene disrupts the ion balance, which causes worsening of symptoms. There are already treatments and drugs on the market to correct the dysfunctional pH caused by the CFTR gene; however, this study was looking for a simpler and cost-effective treatment.

After realizing the increasing the pH has positive results, researchers tested another alkaline buffer called Tham. The results improved antimicrobial properties in the ASL and the results lasted two hours. This proves that Tham might be a therapeutic benefit to CF patients.

Swine studies are paving the way for new and more cost-effective treatments for CF patients. There is more research to be done, but each study paves the way for more research and treatment options. Hopefully, one day swine will help us discover a cure for CF. 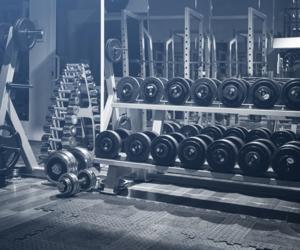 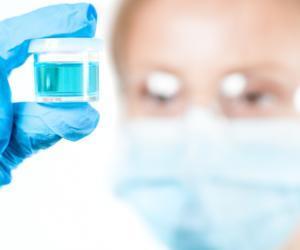 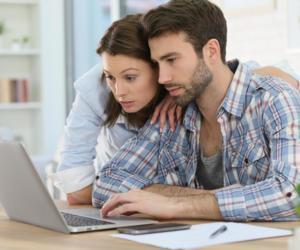 The Cystic Fibrosis Foundation Compass and How They...

Young Girl Gets ‘Game Changer’ in Fight Against Cystic Fibrosis