Seven-year-old Ali Simms from Teen Mom 2 suffers from a rare form of muscular dystrophy, a condition which causes problems with movement, and usually heart and respiratory issues as the disease progresses. Ali was rushed to the hospital in August after struggling to breathe, worrying her family and the thousands of people who watch the show who were scared her disease was probably the cause. While respiratory complications are definitely a symptom of muscular dystrophy, in this case her developing asthma may have been the main culprit. Her mother, Leah Messer, said, “ ‘They did tests on everything, her heart, her lungs. She does have allergies that are restricting her airways and causing asthma’ ” (Fernandez).

Many who follow MTV's Teen Mom 2 know of Messer's daughter's battle with muscular dystrophy. She first opened up about the disease in 2014, where both her and her ex Corey Simm revealed that Ali had a rare form of muscular dystrophy known as Titin muscular dystrophy. When first coming out about, Messer explained to viewers "The disorder affects her respiratory system and progresses the older she gets. The bigger she gets and the more weight she gains, the harder it'll be for her for her muscles to carry the weight" (E News). 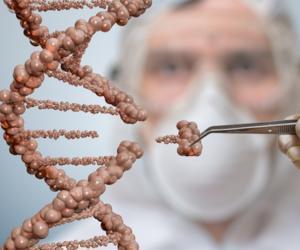 Since then, those who follow the show have witnessed the steps Messer and her ex have faced since their daughter was diagnosed with the neurodegenerative disease. They have seen the good and the bad. From hospital emergencies, therapy visits, to watching Ali passing major milestones like learning to ride a bike, fans have been in support and there for Messer and Simm's daughter, Ali. Despite her condition as well, Messer has been trying her best to include Ali into things that her twin sister, Aleeah is doing, like going to gymnastics or playing in a softball league in the past.

More recently, Ali’s parents have decided to try to get her an aide to accompany her at school. Their choice was influenced by a teacher’s suggestion after Ali has been struggling harder at her first grade studies, commenting particularly on how it takes her longer to eat lunch than usual because she cannot get it open since the disease has weakened her muscles. The school also remarked how their daughter was falling a lot more in class. Leah remarks that their decision was tough because she wants her seven-year-old to learn how to be more independent, “ ‘I’m fighting for Ali- I’m going to do everything that she needs done. We wanted her to be independent, and at the same time things are becoming progressive’ ” (Fernandez). This was also the reason why both parents, despite their differences, agreed to hold off on Ali being in a wheelchair right away, which was also against doctor's recommendations.

Ali’s condition also concerns her twin sister Aleeah who does not have the disease but worries about its effects. In a recent episode of Teen Mom 2, Aleeah innocently asked if she should take part of the blame. She and her mother Leah were sitting on the swings when Aleeah asked, “ ‘Is it because I crammed her up? Because I squished her?’” (Ossad). Leah reassured her that this was certainly not the case; muscular dystrophy is a genetic problem which had nothing to do with being a twin. For fans watching, this was a touching and emotional scene. It also provided some insight on how it affects her twin sister, who she spends a lot of time with as well.

Even through all the difficulty, Ali’s family bravely fight with her in hope that she will survive and conquer. Leah posted on Instagram in August, “ ‘Muscular Dystrophy won’t stop our girl! We always want her to know that if she can dream it, then she can do it! We believe in her like she believes in herself! We didn’t want her to feel different in a special needs class, but if it was in the best interest of Ali Girl, that’s all that mattered!’ ” (Heintz).

The Simms family may have another good reason to hope: the particular type of muscular dystrophy Ali has is exceedingly rare, and may be more favorable than the common type. But because not anyone else her age has this form of muscular dystrophy, her ultimate outcome is unpredictable.

Duchenne muscular dystrophy affects skeletal, cardiac, and sometimes brain muscles. Most often diagnosed in male children, it severely attacks the heart muscles usually by young teen years and the average life expectancy is 26 years old. However, more research is being made to combat the effects and hope for a longer, healthier life can be expected in the years to come.

Titin muscular dystrophy, by contrast, does not usually affect children: Ali Simms is the only child in the total of 20 known cases. Because of its extreme rarity, especially for young people, a life expectancy for her cannot be accurately made as of yet unless with more research and more awareness.

Both types of muscular dystrophy are genetic diseases that break down muscles, but the life expectancy and frequency are different for each. Physical therapy can be used to ease the symptoms for both, but with great caution. The U.S. Department of Health & Human Services lists exercise on their page as a way to combat the disease with this word of advice, “Gentle exercise is encouraged for people with DMD. Physical inactivity (such as bed rest) can worsen the muscle disease, but so can overexertion. Physical therapy may be helpful to maintain muscle strength and function.”

Sitzer, Carly. “Get the Details on Ali Simms' Battle With Muscular Dystrophy - And What It Means for Her Future.” In Touch Weekly, In Touch Weekly, 23 Oct. 2017, www.intouchweekly.com/posts/muscular-dystrophy-life-expectancy-139989. 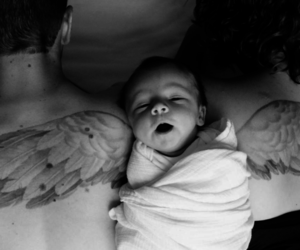 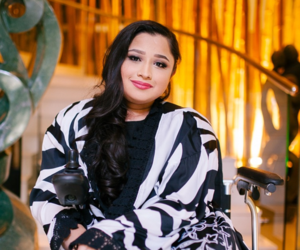 Teen with Muscular Dystrophy Among 100 Most Inspirational... 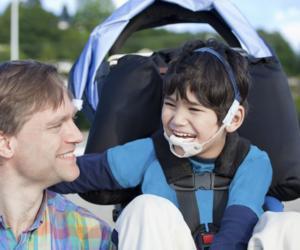 How to treat Duchenne Muscular Dystrophy?

A Great Resource for Muscular Dystrophy Patients and Caregivers