Last year, lupus was brought into focus once again after singer Selena Gomez announced that she had it. It was a blessing in disguise because if it weren't for her, a lot of people wouldn't even know that this illness even existed.

Systemic Lupus Erythematosus (SLE) is the most common form of lupus. It is an autoimmune disease where the body's immune system starts to attack normal and healthy organs or cells. Its signs and symptoms could last for weeks or even years. It can affect any organ of the body and the symptoms of the disease often mimic the symptoms of other autoimmune diseases, which makes it difficult to diagnose. 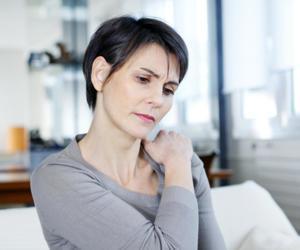 Those who are healthy have this perception that if you have an illness, you have to look the part. However, people who have lupus don't look sick. In fact, there are days where they can act normally, making them forget that they have the illness. Others, on the other hand, can have issues with performing even the most basic of tasks. and their struggles are a day-to-day battle. Due to this, it is difficult for them to commit to any plan because if they do, they might suddenly feel have a "lupus flare" and have to cancel due to their severe symptoms.

For a healthy human being, it is difficult to understand the struggles a person with lupus goes through every day. It is also difficult for them to explain what this disease feels like.

So, when Christine Miserandino's best friend asked her about it over dinner, she used spoons to explain it. Thus, the “Spoon Theory” was born.

Miserandino is an award-winning writer, speaker, and advocate for patients with lupus. She was diagnosed with lupus at the age of 15 and has been living with it for over 18 years. She has written numerous articles about lupus and her “Spoon Theory” about chronic illness, which has been featured in newspapers, magazines, newsletters, and television networks around the world. It is also featured on her website, ButYouDontLookSick.com.

Miserandino is aware that not all illnesses have the same symptoms and severity, so her experiences aren't the same as others. But, the “Spoon Theory” has become so well-known that it has been used countless times to explain an illness to family and friends.

So, what is "The Spoon Theory"?

Christine was having dinner with her best friend in their favorite diner, talking about life and catching up. After taking her medicine, she noticed her friend giving her an awkward kind of stare. This is when she asked her, “How does it feel like to have lupus and be sick?”

Christine was surprised because her friend would accompany her to doctor’s visits. She has also seen her walk with a cane, cry in pain, and vomit in the bathroom. But, she answered, explaining the different medications that she had to take, expressing the pain that she would often experience. It wasn’t enough of an explanation for her friend. She wanted to hear something different. She needed to understand and know what it felt like to be sick.

It took a while for Christine to come up with a way to answer the question, but she knew if she didn’t, her friend would never get it.

Looking around the diner, she decided to grab some spoons and handed them to her friend, telling her that she now had lupus. Christine made her understand that a person with lupus or a chronic illness holds some spoons at the start of each day. They don’t have the unlimited supply a healthy human being has, so when you are ill, this amount of spoons is all you have. Each activity for the day would cost a spoon, so they would have to plot out every one of their plans just to ensure that they don’t waste the number of spoons that they have. They have to consider each aspect of the day, such as taking a shower, getting dressed, preparing their meal, driving to work, dining out, and so much more.

Christine asked her friend to hold the spoons and then asked her to count them. With each plan, Christine said that she would take away a spoon.

After going through her list of tasks, her friend realized that she only had a few spoons left but still had a few activities that she needed, including going to work. Christine points out that it is vital for a person with lupus to plan out the day wisely because they only had that many spoons to use per day.

At this point, the gears in her friend's head was turning. Knowing that she only had a few more spoons left, she needed to carefully plot out the day, making sure that she still had some left before the day ended. Because once the spoons were gone, she couldn’t get them back.

Christine then pointed out that it was possible for her to borrow spoons from the next day but that would leave her with lesser spoons for that day, making it a bit more difficult. She also explained that it would be hard for someone sick to run low on spoons because there would be days where they would need it.

As they were going through her friend’s day, her friend found herself making decisions on what she did and didn't have to do. She saw herself giving up her errands just so that she could have dinner that day, and even planning out dinner had to be thought out.

In the end, Christine’s friend finally understood what she had to go through every day.

What does this all mean?

The spoons in the theory represent the amount of energy a person with lupus has for the day. With every task, a spoon was taken away to show that when a lupus patient does a physical or mental task, they use some of that energy.

Obviously, the number of spoons or amount of energy would be different each day for a person with lupus. They wouldn't have the bottomless supply a healthy person would have. There would be days where they wake up with a lot of energy, but there would also be days where their energy is lacking. It just depends on how they feel, so there is no telling how much energy they’ll have beforehand.

Even though they look normal on the outside, it doesn’t mean things are going well on the inside. This is why some plans are cancelled or moved around, because their symptoms are so unpredictable.

With this information in mind, it is difficult for a person with lupus to plan. They have to assess their condition every day. If there is a need to plot in advance, they base it on the average number of spoons or energy level they have. They just have to be ready to make adjustments when it is needed. Something a person with a chronic illness knows how to do best is to adapt.

The spoon theory is something that everyone who is suffering from lupus can use to explain their circumstances. It also helps make the person understand their limitations.

Lupus is not the only chronic illness that can use the spoon theory as an explanation. There are numerous chronic illnesses and disease that can benefit from it, which is probably why there are so many "spoonies" in the world who identify with it.

So, when someone asks you what it's like to live with an illness that has invisible symptoms, try to find the nearest supply of spoons. They may not fully understand afterwards, but even just a little bit can play a huge role in how they view you and your daily battle.

Why Is Chemotherapy Used for Lupus? 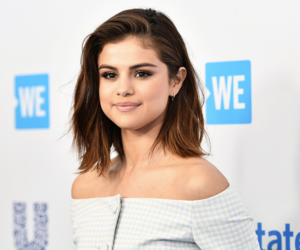 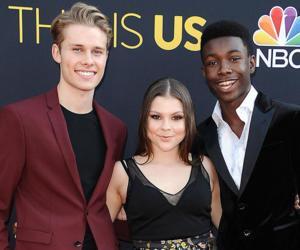 'This Is Us' Star Niles Fitch, AKA Young Randall Reflects... 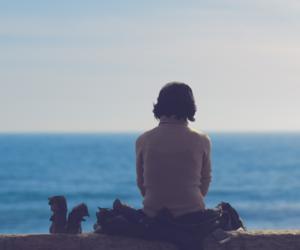 The Survival Rate of Lupus is Steadily Improving

Are there any treatment methods for lupus?

How Do You Prepare For a Lupus Appointment?