Hypolipidemia means low levels of blood lipid (cholesterol) in the body. This condition can also indicate malnutrition or the excessive use of high-dose cholesterol medications. Another term for hypolipidemia is hypolipoproteinemia.

What is a normal heart rate for a sick child?

Have a question abouthypolipidemia?Ask a doctor now

Although hypolipidemia is not always a cause for concern, certain cases can lead to other serious health problems. Some studies have even suggested that abnormally low levels of cholesterol can significantly affect a person's overall health.

The following causes can lead to low cholesterol levels in the body:

There is also a link between depressed mood and having less than 150 milligrams per deciliter of blood cholesterol in patients who use illicit drugs and are HIV-positive, according to an abstract presented at the 2000 International AIDS Conference.

The European Archives of Psychiatry and Clinical Neuroscience published a study, which showed low levels of fasting serum cholesterol in manic patients. The level was particularly low during mixed bipolar episodes.

One variation of this condition is Tangier disease, which is also called as familial alpha-lipoprotein deficiency. This rare genetic disorder causes the tonsils to have an orange-yellow color along with causing the spleen and liver to enlarge.

In most cases, people with high levels of LDL cholesterol show no symptoms until a stroke occurs or a heart attack takes place. However, you may experience serious chest pain if the coronary artery is blocked. When there is a blockage, blood flow to the heart muscles is reduced.

No chest pain is experienced when the cholesterol level is low. It may also indicate that there is no buildup of fatty substances in the artery. Due to many other causes, depression and anxiety may also arise. Other symptoms may include any of the following:

It is optimal when you keep a total cholesterol level below 200 mg/dL with an LDL level below 100 mg/dL to reduce the risk of heart disease. It is widely known that high levels of cholesterol are linked to heart disease, clogged arteries, and metabolic syndrome. However, according to some studies, there is also an increased risk of noncoronary death even if people have low levels of cholesterol. However, these studies still remain controversial.

Moreover, there is a groundbreaking report that was published by the American Heart Association Task Force in 1994. They reported that there is an increased risk of death in people who have a total cholesterol level of less than 160 mg/dL and have any of the following conditions:

From then on, many research studies have shown links between having low cholesterol levels and incidents of aggression, impulsivity, suicide, anxiety, and depression in both genders, adolescents, and adults.

A link between serotonin and cholesterol levels has also been studied. Serotonin is a neurotransmitter and a brain chemical that elevates our mood. If the levels of serotonin are low, then it can lead to mood disorders such as aggression, loss of sleep, and depression. Remember that the way neurons function is also handled by cholesterol. The way our nerve cells function will be altered if the level of cholesterol is too low in our body.

On the other hand, there are extensive studies that show the benefits of lowering both total and LDL cholesterol, particularly in people who have an increased risk of stroke, heart disease, or both.

Consult your healthcare provider if you are concerned about your cholesterol level. Moreover, do not stop taking your medications without first consulting your doctor.

Is it normal for a 7 year old to sweat more than an...

Psychotherapy Near Me | Philadelphia Hypnotherapy Clinic...

More from FindATopDoc on hypolipidemia

What Causes a UTI? 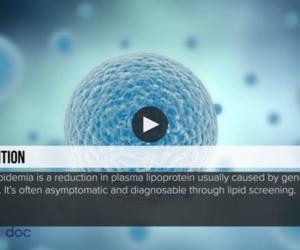