Researchers and scientists have teamed up to find ways in which the required treatment options for patients affected by these conditions can be improved. One form of treatment that is common and must be taken daily includes that of insulin, of which patients diagnosed with type 1 and 2 diabetes must take in order to manage their condition. Traditionally, diabetic patients had the option to either inject their required insulin intake or via an insulin pump.

For patients using the injection method, they are often required to inject themselves at a suitable region of their body (the common of which is the lower abdomen) several times a day.  For some patients, this experience can be awkward, as taking their insulin sometimes requires them to take to do this in a public place, subsequently lifting their shirt in order to expose their lower abdomen and continue by injecting the needed insulin.

The other widely accepted method, as mentioned, included that of a pump. An insulin pump is essentially a device that is normally clipped onto someone's belt in order to deliver insulin to their lower abdomen. The device can be programmed to deliver the necessary amount of insulin, or can be shut off completely if needed.

The methods mentioned above are the most traditional when delivering insulin for patients diagnosed with either type 1 or 2, and have been the accepted delivery methods for decades now. One company based out of Connecticut however, has aimed to change the way in which diabetic patients take their insulin. The product is named Afrezza, and it consists of an inhalable insulin as a means of taking insulin for patients. The company itself had initially released the same type of product years prior, however it suffered from being too large and subsequently inconvenient for its users.

The Connecticut-based company, Mannkind, did not quit, as they focused on creating a more user-friendly product for all diabetic patients wishing to try a new method. Mannkind encountered a variety of ups and downs as it sought to bring the product to market, which was especially apparent when the company initially filed for approval by the Food and Drug Administration (FDA) in 2011 (of which was denied).

Over time, Mannkind refined their product, eventually receiving their first approval from the Food and Drug Administration in 2014.  Later down the road, Satish Garg, Doctor of Medicine, Bachelor of Medicine and Surgery-Barbara Davis Center for Diabetes at the University of Colorado commented at the product’s press release that, “These data articulate the rapid-acting nature of Afrezza to address postprandial hyperglycemia, setting it apart from other mealtime options available to help patients maintain greater control over their blood glucose levels.”

As is the case for a variety of treatment options, especially newer, non-traditional options, there are normally a plethora of distinct pros and cons to the product’s usage. One article, published in the diabetes magazine entitled “A Sweet Life,” discussed some of these points in a personal account of the product’s effectiveness. In regards to using the older options available, Larissa Zimberoff, the author of the piece, stated that, “Until Afrezza came along, I injected insulin with needles: dejectable tools that I had to use, clip and dispose of daily. I don’t know why I never went on a pump, but I didn’t. (Okay, fine. I didn’t want to have something that looked like an antiquated pager attached to me 24/7.)”

The insight provides a small glimpse into what exactly goes through the mind of a diabetic patient when deciding what to use for their respective insulin intake. Zimberoff herself was diagnosed with type 1 diabetes at the young age of 12 years old, showing that she is not a stranger to the various methods of taking insulin as a diabetic patient.

In regards to the advantages of Afrezza, one of its most notable traits includes just how small it is. The product can fit easily in a closed palm, as well as luggage, a purse, or even a patient’s pocket. This characteristic can prove to be important for patients, as it provides a much more portable option for the required intake of insulin.

Another important attribute of Afrezza includes its effectiveness. Along these lines, Zimberoff points out that, “Afrezza is absorbed into my bloodstream rapidly, peaks in about 12-15 minutes and is out of my system in about 30-45 minutes. It’s so quick that I almost always start eating before I take my insulin. Instead of fast-acting, you can consider Afrezza to be ultra rapid and because of that it more closely mimics the post-meal functions of a person without diabetes.” This advantage may be one of the most relevant for diabetic patients seeking a good option for their intake, as glucose management is a vital part of daily diabetic treatment.

The distinct disadvantage tied to Afrezza may very well be the case for almost every method of insulin intake, meaning it simply cannot be avoided. This being said, Afrezza is not a more discreet way of receiving a dosage of insulin. On this topic, Zimberoff says, “When I first learned about Afrezza, it seemed like it was the perfect stealth solution to taking insulin, but now that I’ve been taking it for over a year, I know that’s a mistake. The Afrezza device whistles on inhale. You know when you’re camping and it’s early in the morning and there’s that first person that wakes everyone up. They unzip their tent: ZZZzzzzzzip! It’s like that. I can keep it silent on a jet plane, but anywhere else and I get looks.”

This could be something that the manufacturer can strive to improve, yet for the time being, the product will simply have to stay conspicuous.

The future for patients with diabetes

As many already know, patients diagnosed with either type 1 or 2 diabetes have a variety of different options to choose from. This can prove to be a difficult task, as patients must consider the treatment’s usability, how discreet it is, as well as how effective it is in its insulin delivery. These factors are extremely important for diabetic patients because the choice they make will affect their day to day living, and very well could impact their psyche.

This point alone was made obvious as Zimberoff discussed what went through her head when it came time to take her dosage of Afrezza. Knowing this, it is imperative that patients diagnosed with diabetes to consider all the angles when choosing their treatment option. In addition to this, patients must be diligent in maintaining a healthy lifestyle with a meticulously thought-out meal plan and a steady workout plan. Following these techniques can make a world of difference and ultimately better the diabetic population as a whole.

What should be the ideal HbA1C for a diabetic patient?

My mother has a blood clot in her leg. What should... 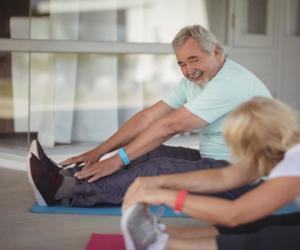 When does medication start for diabetes?

My husband feels very hungry with his diabetic medication....

What is the best spot in the body for insulin injections?

Does Diabetes Increase My Risk of Developing Kidney Stones?