Castor oil is methodically extracted from the seeds of the castor oil plant. Castor oil comes in different colors such as yellow, black, and clear. The crude form of castor oil in the natural form comes in pale yellow color. This crude, raw, or unadulterated yellow oil gets extracted from the castor oil plant seeds. This process is carried out by squeezing the seeds at a very high pressure. This process of pressing the seeds at high pressure is also known as cold pressing. When the oil is extracted by conducting the cold-pressed method, the properties of the castor oil usually remain intact, which would be quite opposite when using heat since it can lower the essence of the oil. 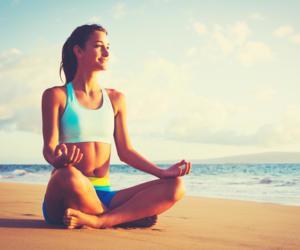 However, one should note that if the oil is clear, it does not guarantee that it is better. In the market, there are various versions of castor oil, which tend to be loaded with fragrance, additives, mineral oils, etc., causing it to lose its pure form. As a matter of fact, it would be useful to always check the list of ingredients before purchasing a castor oil bottle. Castor oil is loaded with some amazing beneficial qualities along with therapeutic properties.

What is Jamaican Black Castor Oil?

A misconception about the color of black castor oil is that the darker the oil, the less processed, the more concentrated, and the more natural it is. However, this does not hold true. The reason behind the oil's black color is due to the roasting of the castor seeds. The roasted ash that has been left out in the process is then added to the oil, thereby taking away its original yellow color and turning it into a darker version.

Black castor oil is known to contain omega-3 fatty acids, which are quite essential for the overall health of the hair. The black castor oil helps to moisturize the hair, leads to the growth of hair, and treats the issue of dryness in the scalp. This oil is also loaded with a lot of healing properties such as improved hair growth and an enhanced blood circulation in the scalp. Using black castor oil on a regular basis would lead to the prevention of hair fallout and also eliminate dandruff issues.

The black castor oil has an emollient property, which helps soften the hair. This oil is very easy to apply. You can apply black castor oil on your scalp and hair. Massage your scalp and let it stay overnight before rinsing. It is better to apply the oil before bedtime. Black castor oil enhances hair growth and helps reduce hair fall issues. If you want to achieve voluminous and thick healthy hair, you should try this oil.

Our hair and scalp are more prone to various types of fungal infections due to pollution and dust exposure in the environment. Medicines work but the effect is only temporary. Moreover, they would have their own side effects. Black castor oil is a natural remedy that can help provide relief from hair and scalp problems.

Black castor oil acts as a good skin cleanser due to its vitamin E content. It also helps get rid of blemishes on the skin. It provides relief by removing impurities that are formed in the pores, thereby preventing blackheads and inflammation.

It can also be an effective facial cleanser. Along with its healing properties, black castor oil helps keep the skin hydrated and retain its moisture. The emollient properties found in black castor oil makes the skin look radiant and glowing. Due to its fatty acid content, the skin gets vital nutrients, thus making it look supple. The signs of aging in individuals start to appear during their 20's.

If you take care of your skin by regularly applying black castor oil, then it could prevent signs of aging such as wrinkles. It is also useful in the treatment of sunburn or yeast infections. Ringworm can also be treated using black castor oil since it has a compound called undecylenic acid, which helps prevent the growth of fungus.

Scars are something everyone dreads. Scars can ruin the overall smooth appearance of the skin. You can use Jamaican black castor oil as a natural cure to get rid of scars.

Due to the presence of roasted seed ash in black castor oil along with other types of fatty acids such as undecylenic acid and ricinoleic acid, it is said that the Jamaican black castor oil is loaded with healing properties that are beneficial for people's overall health.

This oil was earlier used as a laxative and for other medicinal purposes. The ricinoleic acid present in black castor oil acts as a natural anti-inflammatory, which makes it effective in suppressing inflammation in the body.

Since black castor oil is very useful for hair growth, it can also be used to enhance eyelashes and eyebrows. It acts as a good growth serum, which makes the lashes luscious and long. The regular application of this oil on the eyebrows make them fuller and thicker.

Black castor oil can also be used to moisturize or heal chapped lips. Moreover, when this oil is applied to the nails, it would help strengthen the cuticles, thereby promoting healthy nail growth.

Similar to castor oil, black castor oil is also considered as an effective laxative. The ricinoleic acid present in black castor oil tends to stimulate bowel movements to provide a quick relief to the symptoms of constipation.

This benefit is currently in the research stage, but it is thought that the use of black castor oil can help reduce a few negative effects caused by certain autoimmune diseases. Those illnesses would be from Parkinson’s disease or multiple sclerosis. Black castor oil is believed to act as an immune system stimulant.

The lymphatic system is one of the vital systems in the body. It has the ability to fight against diseases. The oil's ricinoleic acid content can help speed up the circulation. In this process, it helps prevent or treat the lymphatic system’s drainage issues. Moreover, it helps remove any kind of toxins from the system.

Black castor oil has also been used in drugs to reduce the damaging effects of chemotherapy in cancer patients. If this oil is rubbed on the skin around the eyes, it helps treat people who have insomnia.

Should I consider natural medicine for cancer?

What natural supplements can I take to boost my immune...

Are there any natural treatments to treat anxiety?

More from FindATopDoc on Natural Treatments

Is there a natural medicine for treating migraines?

Are there any natural treatments for high blood pressure? 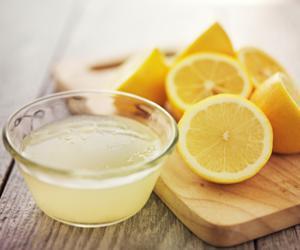 Home Remedies to Alleviate the Symptoms of Kidney Stones

Are there any natural ways to strengthen my liver?

What natural supplements can I take to boost my immune system?