Julian Lennon, the son of the hugely-popular Beatle star, the late John Lennon, is an outspoken advocate of the lupus cause. After his smash album Valotte, and his four other albums, Lennon has been out of the spotlight and he has been focusing on other types of art, such as photography, painting, and cooking in his adopted country of Italy.

However, that all changed this month when Lennon resurfaced and began making music once again, driven by the memory of an old friend and a famous song. 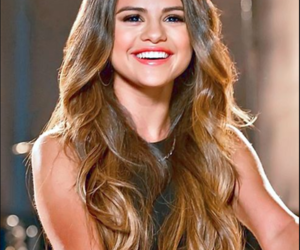 Selena Gomez Undergoes a Kidney Transplant in her Battle...

In 2009, Julian met his peer, American singer and songwriter James Scott Cook. At the time, Julian had agreed to contribute to a song Cook had been working on by adding background vocals. However, when Julian found out the song was a tribute to Cook’s grandmother, Lucy, who was struggling with lupus at the time, he felt driven to do so much more.

However, if not exactly for her, it was because Lennon also had a Lucy in his life; his childhood friend Lucy Vodden. When he was just a preschooler, Julian drew her in a picture and brought it to his father. When his father asked him, "What's that?" and Julian responded, "Lucy in the sky with diamonds."

The rest, as they say, is history, as John Lennon and Paul McCartney went and wrote the song and later recorded it for their Sgt. Pepper’s Lonely Hearts Club Band album.

Sadly, when Julian entered the studio to record alongside Cook, he was told that his own Lucy Vodden had died from lupus after battling the disease for years. Lennon was struck with grief. However, he also believed that the Lucy-Lucy connection was too much of a coincidence to ignore, and he asked Cook if they could change the lyrics of the song they would be producing. Instead of the intended collaboration that Cook wanted to record, Lennon proposed to change it to a duet in homage of both Lucys, and to dedicate the song to the cause of millions of Lupus sufferers around the world.

Cook took to the idea and was ecstatic at the proposal, and the song was subsequently recorded as “Lucy,” the upbeat pop single, which is available as an extended play CD.

As a way to give back to the lupus community, and to aid the research into the disease with hopes of finding a cure, both Cook and Lennon agreed to earmark a portion of the “Lucy” sales for the cause. The proceeds are to be shared by the Lupus Foundation of American, and the St. Thomas’ Lupus Trust in Great Britain, which is the health center in which Lucy Vodden was treated in her final days.

Cook and Lennon agreed to perform the song live, with the proceeds from said events also being directed towards the lupus cause, to hopefully help them find a cure for the disease. The pair’s latest gig is scheduled at LFA’s Gala National Awards Dinner in Washington D.C.

The pair’s expectations are that, with the funds raised from their events and presentations, the medical community can advance in the cause of finding a cure for the disease that affects around 1.5 million of Americans.

Lupus is a systemic autoimmune disorder characterized by their immune system creating antibodies that target the body’s own structures. As many may know, the immune system is tasked with combating foreign contaminants and other entities that may afflict the body with diseases. They achieve this by creating T-cells that envelop and consume said invaders, render them inactive, and are then expelled from the body through various means. However, those with lupus develop antibodies that attack the body’s organs as if they were foreign contaminants, which can cause a wide variety of symptoms.

That being said, no two manifestations of lupus are completely alike, as the organs that can be compromised can vary greatly from person to person. However, most lupus patients share certain symptoms, the most common being the characteristic butterfly rash that appears on their face, starting at the bridge of the nose, and then spreading outwards towards the cheeks like the wings of a butterfly. Other than that, the most commonly-affected structures are the skin, the liver, the kidneys, and the musculoskeletal, cardiac, and respiratory systems. The key symptom is inflammation of the affected structure, which can also greatly decrease its function.

Luckily, lupus manifests mostly in mild versions, and the symptoms can usually be kept in check with modern medication and medical treatments that have been developed specifically for that purpose. The real dangers of lupus surface when important structures such as the heart, lungs, or kidneys are compromised, as a decrease in functions of these organs can be potentially fatal for the patient.

Though there are several methods at the patient’s disposal in order to keep lupus in check, there isn't enough awareness around the disease. Through Lennon and Cook’s efforts, the pair hopes to raise awareness of this chronic disease, so that everyone can chip in and hopefully make a difference in the lives of these individuals.

When reminiscing about Lucy Vodden, Lennon said that, when he was a child, she was a huge inspiration for him on so many levels. He hopes that her memory could help others in their fight against the disease, and inspire compassion in those who are healthy so that they may help patients in their struggle. Lennon said, “No matter how little (because every little bit helps)—anything anybody can do is usually important. It's something that should be at the forefront of everybody's day and mind.”

10 Foods to Avoid if You Have Lupus

What to Expect When Significant Others Have Lupus

Actress Linda Park on Being Diagnosed with Lupus

Is there such a thing as a diet for Lupus SLE patients... 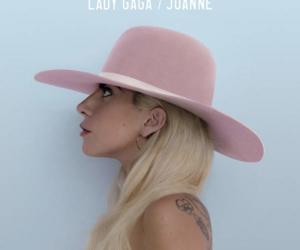 Joanne: Lady Gaga’s Emotional Tribute to Her Aunt Who... 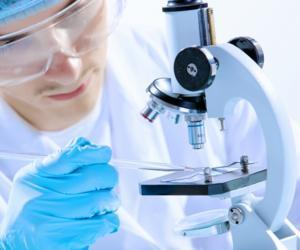 Can lupus make me blind?

Lupus – Spoon Theory and Beyond