If leukocytes are found in urine, then it’s a sign that the body’s defense mechanism is compromised.

What does a high level of leukocyte in urine mean?

Since leukocytes help fight off diseases and infections, high levels of leukocytes in urine may indicate an infection or inflammation in the bladder or kidney. It means the body is trying to fight off an infection in the urinary tract. It could also indicate damage to the ureters, bladder, and urethra.

Causes of leukocyte in urine

During pregnancy, leukocyte counts can suddenly shoot up in urine. One reason may be due to a contamination in the vagina. Other reasons may be an increased level of protein excreted in the urine and bladder infection. It is advisable to consult a gynecologist, if leukocytes are frequently reported in a routine urinalysis.

Kidney problems can cause an increased number of leukocytes in urine. The infection starts in the urinary tract and spreads to the kidney. Such infection is called as pyelonephritis, which can affect any part of the renal system. It can affect the urinary bladder, urethra, and ureter. People with an impaired immune system and those who use urinary catheters are at a higher risk of developing pyelonephritis.

Kidney stones are also proven dangerous since the stones contain calcium salts, which can interfere with the urine pathway in the urethra. The obstruction can lead to a bacterial infection and presence of leukocytes in urine.

Having sex enables the migration of bacteria to the urinary tract, thereby increasing the leukocyte count in the urine.

In most cases, when the bladder is full, there is an urge to urinate to empty the bladder. In some cases, when urine is not completely released or when there is delayed urination, the urine left in the bladder acts as a good media for bacteria to thrive on. This would then cause the bladder to be infected with bacteria leading to an increase in the number of leukocytes in urine.

The most common causes of urinary tract obstruction are kidney stones, prostatic hypertrophy, and pelvic trauma. Due to this blockage, the urinary system is damaged, thereby causing leukocytes to appear in the urine. At times, one may also notice blood in the urine.

Interstitial cystitis is also called as bladder pain syndrome. It causes bladder pressure and pain, as well as excessive urination leading to urinary tract infection and an increased leukocyte count in the urine.

Symptoms of leukocytes in urine

Symptoms may vary depending on the type of urinary tract infection.

1) Lower UTI symptoms - The most common symptoms include dysuria or acute pain, frequent urination, urgency, and incontinence. Hematuria or blood in the urine and a foul–smelling or cloudy urine may also be present.

A urine sample is usually tested for white blood cells or leukocytes, red blood cells (RBCs), bacteria, and other substances. When the urine is positive for bacteria, a urine culture is performed to identify the type of bacterial infection.

This is the initial step in diagnosing urinary tract infections (UTIs). A microscopic examination is done to look for pyuria (pus in urine) and hematuria (blood in urine). Pyuria is usually present in most women with UTI and in some with urethritis. A midstream clean catch urine is examined to assess pyuria.

Urinalysis is the most accurate way for diagnosing bacteriuria (bacteria in urine) in symptomatic women. The presence of bacteria in urine is not considered as a single criterion for the diagnosis of UTI. The three acceptable methods for urine collection are midstream clean catch, catheterization, and suprapubic aspiration.

If at least one bacterium is present on an oil-immersion field from a clean catch and uncentrifuged urine specimen, it indicates the probability of 105 bacteria/ml of urine or more. A Gram stain of urine smears is also a rapid, inexpensive, and accurate method of identifying bacteria in urine. However, a low bacterial count in the lower urinary tract may be associated with a negative Gram stain.

White cell casts are strong evidence of pyelonephritis. However, its absence does not rule out an upper urinary tract infection. In the absence of infection, white blood cells can also be seen in renal diseases.

Note: This method may show a false positive result in cases of a Trichomonas infection, vaginal secretions, high levels of protein, and a high level of vitamin C in the urine.

Leukocyte in urine without nitrite

If the leukocyte esterase test is positive and nitrite is negative, it can still mean an infection. Such cases can be attributed to poor hygiene or incorrect technique used while collecting the urine sample. It can lead to false results such as the presence of bacteria in the urine without them being actually present in the urinary tract.

To avoid a false positive result, the area around the urethral opening should be rinsed with clean water before collecting the sample. Men should hold back the foreskin and women should hold the genital labia aside. Urine should be collected halfway since the initial amount of urine may be contaminated.

The treatment of leukocytes in urine is completely based on its cause:

Most doctors would prescribe antibiotics for UTI treatment. Doctors may recommend a longer course of antibiotics in case of frequent UTIs. In the case of a severe kidney infection, it is necessary to closely monitor the patient, or else the condition might become life-threatening.

Tumor or kidney stones can be removed through surgery. Surgery is usually required when larger stones are involved. The stones are broken up using sound waves. Treatment options for tumors may include surgery, radiation, or chemotherapy.

Small kidney stones can be flushed out of the system by increasing the amount of water intake. An increased fluid intake can also help flush the bacteria present in the urinary tract. At least two liters of water should be taken a daily.

Taking antibiotics too often may increase the body’s risk of antibiotic resistance to certain types of bacteria. A natural approach is always the best. The following are some of the natural ways to relieve urinary tract infections:

Research has shown that cranberry is an antibiotic alternative. It can help in the treatment and prevention of UTIs. The hippuric acid present in cranberries is said to have an antibacterial effect against bladder infections. Cranberry extracts can also lower down calcium levels in cases of kidney stones.

However, a review of the scientific evidence confirms that cranberry may not be very effective in the form of juice for reducing the occurrence of UTIs. Hence, it is not actively recommended by doctors.

The arbutin content of the berry is converted to an antibacterial compound called hydroquinone, which has been used for centuries to treat UTIs. It cleanses the urinary tract, fights infections, and treats kidney stones. However, it has been found that hydroquinone can potentially damage the liver. Thus, consult the doctor first before taking it.

Goldenseal is an herbal antimicrobial remedy. The active ingredient in goldenseal is berberine. However, further research is needed to prove its potential for treating UTIs.

Fresh fruits and vegetables can help prevent the buildup oxidizing agents, which also can cause tumors or cyst formation in the renal system. Nutritious food intake in adequate amounts maintains the antioxidant levels in the body and helps improve the body’s immune system.

This vitamin boosts the immune system. It fights against bladder and kidney problems. It has been found that vitamin C can help reduce the formation of kidney stones.

When kidney stones are accompanied by vomiting, nausea, and cramps, nux vomica is considered as a good remedy. Aconitum napellus is useful for the first two hours of a bladder infection.

UTIs clear up in a short period of time, if diagnosed early and treated properly. Kidney stones and benign tumors are also treatable. However, a cancerous growth requires a longer treatment process.

I have dark urine despite being hydrated - What's wrong?

What could be the reason behind my pain during urination?

What could be the reason for high uric acid levels...

More from FindATopDoc on Urine Tests

How does a urine test differ from a saliva test?

How can additional UTI's be prevented? 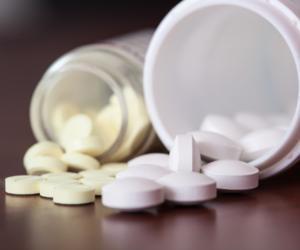 What Can Cause Blood in Urine (Without an Infection)?

What could be the reason for high uric acid levels in the urine report?

What do you mean by pus cells present in the urine report?