Linda Ronstadt, born July 15, 1946, had a diversified career that began in the mid-1960’s with the folk-rock group, Stone Poneys. After their breakup, Linda started a lucrative career in the country music genre where she became the first female singer to release an alt-country album.  She put together a band that would later become America’s most significant selling band, the Eagles.

During the 1970's Linda was known as the Queen of Country Rock as well as the Queen of Rock. She went on to superstardom during the 1970's and didn’t slow down during the ‘80's. In the ‘80's she sang with Dolly Parton, Emmylou Harris, and Aaron Neville. In the 1990’s she received a Grammy for Don’t Know Much and at the end of the 90's, Linda received a Grammy nomination for Western Wall and a Grammy win for Trio II. She just kept rollin’ on through the early 2000's until forced into retirement by Parkinson’s Disease. 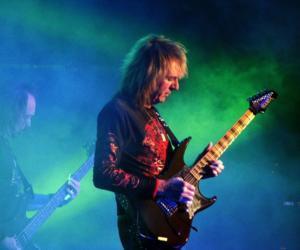 Linda Ronstadt belongs to the Rock and Roll Hall of Fame, she has received the National Medal of the Arts (Presented by Former President Obama in 2014), and she has Parkinson’s Disease. She is in the minority of people who are attacked by Parkinson’s, and it has been a struggle.

Parkinson’s disease begins for those between the ages of 50 and 65. Only 1 percent of the population of those in that age group acquire the disease and men are slightly more affected than women. It is a disease that is difficult to diagnose, but it usually starts with fine trembling of a hand when it is at rest. The tremors worsen and spread and movements slow down. Balance and coordination deteriorate, and at times mental or emotional problems appear.

Singing is affected since it requires the coordination of many muscles. Control of many small vocal muscles becomes difficult, and voice modulation or changing pitch and tone becomes impossible. As Parkinson’s patients age, vocal cords tend to thin out or atrophy.

Singing requires breath control, management opening and closing your vocal cords, and handling of small muscles for pitch. Controlling tone comes through the muscles of the throat, tongue, and palate, to name a few. When Parkinson’s affects a singer, manipulating these muscles becomes very difficult. It takes long hours of practice and intense dedication to sing, and Parkinson’s patients cannot control their muscles, and they are often too exhausted to try.

Linda Ronstadt emphatically states, “I have no choice. If there was something I could work on, I’d work on it till I could get it back If there was a drug I could take to get it back, I would take the drug. I’d take napalm. But I’m never going to sing again.”

Ms. Ronstadt says of Parkinson’s, “It is hard to wash my hair, brush my teeth, and put my clothes on. It’s hard to get up and out of a chair.” Linda tries to walk around her San Francisco neighborhood, but she is unable to make it to her local beach.

Linda Ronstadt was one of the most prominent female artists of the 1970's, but at the age of 67 in 2013, Parkinson's was officially diagnosed.  She now walks with the aid of poles and uses a wheelchair when traveling. She can no longer sing. Parkinson’s disease had stolen her voice.

When first diagnosed, Linda was ready to take on the music world with a renewed passion for singing. However, age gave her another future as she began to experience hand tremors and had trouble controlling her voice muscles. Thinking it was a tick bite or the result of shoulder surgery, she did not seek medical help from a specialist. It was the little things that forced Linda to the neurologist. When she could not brush her teeth anymore or found it difficult to get out of a chair, she sought help.

Linda had been aware for many years that something was wrong physically, but those who know her believed it is was performance anxiety. Her manager and long time-producer, Peter Asher, told her time and time again, “Don’t be insecure.” It wasn’t until a guitarist friend saw her unsteady hands and urged her to go to the doctor. “I never in a million years thought I had Parkinson’s, not in a million years,” she emphasizes.

She was singing at her best strength when she developed Parkinson’s. Thinking back on her life, Linda feels like she had Parkinson’s for a long time, maybe since she was 51. Linda had a fear of doctors and felt like she was just getting old with shaking hands and aches and pains, and then the symptoms worsened. The diagnosis was surprising.

She did a lot of her singing and practicing to herself – in the shower, in the car, at home just working around the house, but that is gone. To her, singing was complex. It required repetitive movements of the vocal cords, but that is gone. She doesn’t miss the performing, but she does miss the little things. She cannot project her voice. She doesn’t have the strength and range of expression. Not only did Parkinson’s rob Linda of her pleasure; it robbed music fans of her dynamic voice.

Concerned fans question why Linda Ronstadt hadn't released an album since 2006 or appeared in a concert since 2009. For 40 years she was a strong presence, and the silence was unnerving to her fans. Her interview with A.A.R.P. verified she stopped singing for health reasons. “I can’t do it, because of my health,” she said. “I have Parkinson’s.”

Linda’s attempt to live with Parkinson’s has been hard, but she is strong, and she is able. She doesn’t sing anymore, but she wrote a memoir, “Simple Dreams” that has been in publication for several years. Now instead of singing tours, she signs books. Linda still receives accolades and Grammys. She was the recipient of an out-of-the-ordinary Lifetime Achievement Grammy Award from the National Academy of Recording Arts & Sciences on April 23, 2016. Linda is in demand as a speaker at different venues. Her “A Conversation with Linda Ronstadt” will be held in Tucson, Arizona (her hometown) on April 29, 2018.

She does need to ask people to do things for her, and that is difficult. She doesn’t drive anymore since she is not sure of her reflexes, and she doesn’t go to places where she might get confused. In her own words she says, “I live like a person with a disability now.”

She will discuss her battle with Parkinson’s, but she is more connected to social themes and the politics behind current issues. If you ask her to converse about immigration, she will go on for hours until her voice gives out. She discusses stem cell research and praises Michael J. Fox, another Parkinson’s patient, for his foundation.

Looking back on her life, Ms. Ronstadt admits “trying everything,” including cocaine. She used the drug so often that she had to have her nose cauterized, twice. The men who used to chase her on tour remain good friends. She vowed never to marry (in a duet with Dolly Parton), and she is still single though with two children. Ms. Ronstadt lives a very quiet life, now, but if given the chance to sing again, she would. 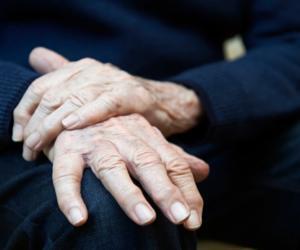 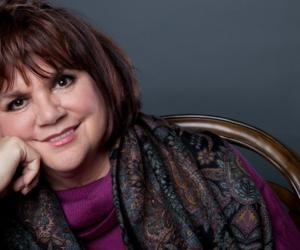 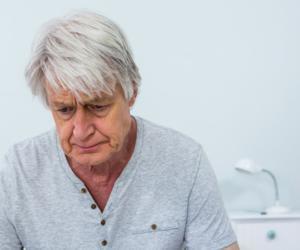