What are lung nodules?

Lung nodules are spots present on the lung. These spots are usually around 1.5 inches or three centimeters in diameter. Lung nodules seen on imaging tests are often called as coin lesions. If a lung X-ray shows spots that are more than three centimeters, it is regarded as a lung mass and not a nodule. These lung findings are more likely to be malignant. For lung nodules to be seen on a chest X-ray, they need have a size of at least one centimeter. When using a CT scan, lung nodules need to be around 1-2 millimeters for them to be seen.

Are home remedies for gingivitis effective?

Lung nodules may be caused by the following infections:

Conditions that can lead to granulomas (small areas of inflammation in the tissue) may include:

The following benign tumors may appear as lung nodules on a chest X-ray:

Lung nodules may also be cancerous:

Metastases from other types of cancer, such as breast cancer, bladder cancer, prostate cancer, and colon cancer may cause lung nodules.

Other possible causes of lung nodules include:

A nodule present in the lung may not cause any symptoms. They are often accidentally found when a person takes an X-ray examination. However, if the symptoms are present, they include difficulty breathing or shortness of breath, coughing up blood, wheezing, or lung infections.

Lung nodules are often initially detected on a chest X-ray. Further testing may be required to confirm the nodules and to help identify if they are cancerous or not. The doctor usually takes your medical history along with asking questions related to smoking, secondhand smoke exposure, or exposure to certain environmental chemicals.

The size and shape of the lung nodule are then examined. There would be an increased risk of having malignant lung nodules if they are large and irregularly shaped. To obtain more information about the nodules, a CT scan may be performed. It produces clearer images of the nodule and more detailed information about its size, shape, and location. When nodules are smooth and small, the doctor usually monitors their growth to observe whether changes in shape and size take place. A repeat CT scan can be done at regular intervals. Nodules that remain small without any changes for two years are unlikely to be malignant.

Aside from a CT scan, a tuberculin skin test may be performed to screen for tuberculosis. Blood may also be drawn for further tests. More tests may be ordered if the doctor suspects a malignant nodule. The following diagnostic tests may be used to rule out cancer:

A benign lung nodule does not usually require treatment. If an infection or inflammation in the body is detected, treatment is often based on the identified condition and its symptoms. A malignant nodule may be surgically removed if the patient is fit and cancer has not spread.

It is safe to say in most cases that lung nodules are not malignant if they remain small in size over a period of two years. Moreover, no further testing is required when you reach this point. However, if one nodule is found to be cancerous, it is more likely in its early stages. Treatment usually offers increased chances of cure.

When should I get acupuncture for fertility?

My mother is falling down often. Could it be a balance...

More from FindATopDoc on Lung nodules 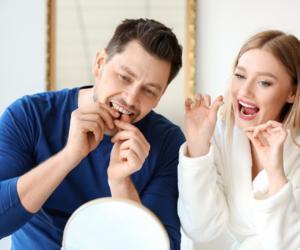 How long does novocaine last after wisdom tooth removal?

I have nodules in my right lung. Am I suffering from...

I have nodules in my right lung. Am I suffering from cancer?