In 1998, Dr. Kevin Tracey, a neurosurgeon, inventor, and scientist, advanced a radical hypothesis, which was scoffed at by doctors of his time. He basically postulated that the immune system can be controlled by a network of nerves called the vagus nerve. What led to this discovery was an accidental finding he had while conducting a lab experiment.

At that time, Dr. Tracey and his team were working on a molecule that was believed to block inflammation. They conducted the experiment on mice and rats that received anti-inflammatory molecules for their brains. As expected, the molecule was able to block inflammation in these animals. However, one surprising finding came—the drug tested on the brain of animals also blocked the pain in their bodies. The experts then deducted that the brain is able to turn off inflammation in the liver, spleen, and other body organs. 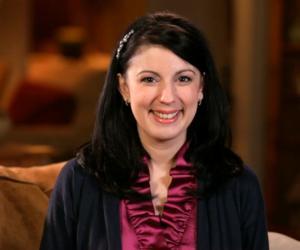 How to Explain Lupus Using "The Spoon Theory"

Doctors and other experts in the late 1990s were at first hesitant to approve of this finding. Many of them refused to believe that the brain can control the vast functions of the immune system. However, Dr. Tracey had completed multiple animal studies demonstrating the role that the vagus nerve plays in immune response. This support stunned the medical world and ultimately led to the beginning of bioelectronics medicine.

Lupus, otherwise known as systemic lupus erythematosus, is an autoimmune disorder characterized by the body launching an inflammatory attack on its own. Patients often develop rashes on their face, have muscle and joint pain, and may experience heart and kidney problems. Women between 15-45 are more prone to the condition than men. There are about 1.5 million diagnosed lupus patients in America alone. Although there is no clear reason, Asians, African-Americans, and Latinos have a larger chance to be afflicted with the disease.

Among the many treatments currently undergoing clinical investigation for the disease, bioelectronics therapy is especially interesting. The non-pharmaceutical medicine isn’t a new idea. Using electrical impulses have already been done to epileptic patients through implanted neurostimulators. In addition, cardiac pacemakers rely on these electrical pulses for normal heart beat rates. Certain chronic pains have also been treated by implanting sophisticated electrical devices.

One of the most recent evidence of the effectiveness of the treatment against an autoimmune disease was presented in 2016 by a leading researcher in the Netherlands. This researcher banked on the idea of Dr. Tracey regarding the benefits of bioelectronic medicine.

In the study, 18 arthritic patients completed a clinical study at the Academic Medical Center. They all received small implants on their vagus nerves, beginning in the brain stem, passing through the thorax and neck, and then to the abdomen. Through the device, the patients received a daily electricity dose that lasted 1-5 minutes. After the clinical trial, there was a dramatic decline in the symptoms of rheumatoid arthritis among all patients.

The vagus nerves are connected with the body’s major organs that go awry in autoimmune diseases like lupus. According to Dr. Tracy, these nerves are key to treating inflammatory diseases as they define the neural circuit involved in immune responses. Because of this, bio-electronic pill-sized implants were created for a clinical trial. These implants will be clipped to a lupus patient’s ear where electrical impulses will be sent to banish the pain caused by lupus.

The Feinstein Institute for Medical Research now leads the pilot clinical trial of the bioelectronic medicine. It was only after a year that the institution has finally organized a sound analysis method that will be used in treating patients with this sophisticated ear clip. Eighteen patients are currently being recruited for the primary objective that the device will reduce lupus patients musculoskeletal pain.

Out of every three patients, one will serve as the control who will not receive the bioelectronics stimuli. The experimental patients will receive a 5-minute stimulation for four consecutive days. On the fifth day, they will come back to report whether the effect of the medicine lasts. The investigators hope that by stimulating the patient’s inflammatory reflex, the patients will be treated. Ultimately, the study aims to regulate the production of a key molecule responsible for lupus inflammation.

If everything goes well in the clinical trial, the bio-electronic medicine will greatly help many autoimmune disorder patients. First of all, the medicine is going to be a very cost-effective option without the effects found with existing pharmaceutical medicines.

In an interview with Dr. Tracey, he mentions that the bioelectronic medicine will greatly cause a disruption in the cost of healthcare. Aside from its lower cost, when this device is implanted, lupus patients won’t need another one in the next decade.

People are looking into other treatments that will eliminate the side effects of certain drugs. Since there already is a huge demand for pacemakers and other modulating devices, it is highly likely that the bio-electronic device for lupus will follow. This medical device, however, can also be effective for arthritis, hemorrhagic shock, sepsis, Crohn’s disease, and cancer. As soon as the safety and efficacy of this device is ensured, bio-electronics can become a major therapeutic treatment that can be used alongside pharmaceuticals and non-invasive physical treatments.

More than anything, Dr. Tracey and his team treasured the feeling of benefiting many patients who have been suffering for years. There were those who couldn’t go to work, get dressed on thei own, and play with kids before receiving it. Seeing and knowing how this benefited the patients gives them more excitement and motivation in furthering the study.

Bio-electronic therapy and the conditions it can treat

The idea behind the bioelectric device developed by Dr. Tracey is better understood today. When a person is injured, the body’s pain receptors send a signal to the brain through the spinal cord. The brain then interprets the signal as the pain felt by the cells in the body. The bioelectric therapy helps in relieving the pain by blocking the pain signals before reaching the brain. It also prompts the body to release endorphins to better relieve pain.

Bioelectric therapy is a drug-free option of treatment for patients in pain. The acute and chronic pain conditions are relieved through this treatment without the patients having to spill all their money for treatment. It is a promising medicine not only for lupus patients but for all other people suffering from autoimmune ailments.

Some of the symptoms and conditions bioelectric therapy can solve include muscle and back pain, headaches and migraines, and blood-flow disorders. It can also treat chronic pain conditions among patients with arthritis, diabetic neuropathy, complex regional pain syndrome, skin pain and ulcers, and temporomandibular joint syndrome.

However, it is to be noted that bioelectric therapy isn’t for everyone. People who are pregnant, have a bacterial infection, use a pacemaker and have blood clots may be restrained from using this. For clear details, patients are highly advised to consult their doctors.

Bioelectric therapy has long been proven effective in many areas of medicines, especially those concerning pain management. Lupus patients are going to benefit greatly from the bio-electronic pill-sized implants as it can help reduce pain and aid in the general management of the condition. Additionally, it is a more cost-efficient option for patients who can only spend so much for medication. If all goes well, lupus patients have another dependable therapy to look forward to.

Lupus: Being More Mindful of Mortality 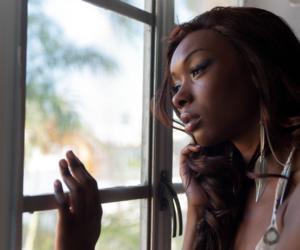 Lupus: What It Means to Live With an Invisible Disease 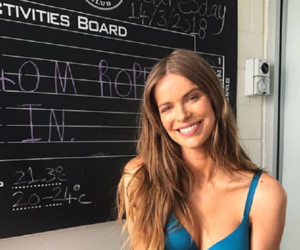 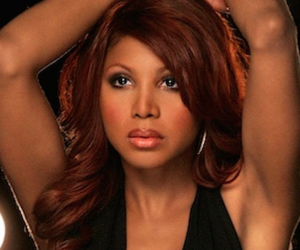 Toni Braxton Inspired by Selena Gomez, Calls Her a...

How Kindness Impacts the Lives of Those Living with Lupus

Is lupus cancer or not?