One of the important parts of the body is the white blood cells or WBCs. These blood cells help the body fight any type of bacteria, virus, antigens, or any toxins that can make a person ill. A weakened immune system is an indication that the amount of WBC in the body is reduced.

How do I prepare my kid for a hematology consultation?

How do lymphocytes work?

The bone marrow constantly produces blood cells including lymphocytes. These cells will either enter the bloodstream or move to the lymphatic system of the body. A group of tissues and organs such as the spleen, lymph nodes, and tonsils, is called as the lymphatic system, which protects the body from any kind of infection caused by parasites, bacteria, or viruses.

From the newly created lymphocytes cells, about 25 percent of these cells remain in the bone marrow and the rest of the 75 percent travel to the thymus and become T cells. These cells originate from the stem cells, which is in the bone marrow, and are similar in appearance. Most lymphocytes are short-lived with an average life span of a week to a couple of months. However, a few of the lymphocytes can exist for years.

The B cells attack any invading antigens by producing antibodies, whereas the T cells destroy the cells that have become cancerous.

The B cells and T cells are then split into two different kinds:

Each lymphocyte bears receptors that can bind to specific antigens. They have the ability to respond to any type of antigen, each with a receptor capable of recognizing unique antigens.

What are the roles of B and T cells in the body?

B cells recognize foreign substances and produce antibodies to fight the antigens. The T cells present in the thymus multiply and differentiate. There are three main types of T cells, and each type has its own role to play. They are helper T cells, regulatory T cells, and cytotoxic T cells. These T cells are then sent to circulate in the blood or placed in the peripheral tissues. Diverse subsets of T lymphocytes influence blood pressure.

Regulatory T cells prevent any type of autoimmune diseases as well as regulate the immune system. Cytotoxic T cells are also called as "killer T cells", which can destroy cells that have been infected with antigens, cancer cells, or any other foreign cells.

Helper T cells often direct the response of B and T cells. The helper T cells secrete chemical messengers, which are also known as "cytokines" once they are stimulated by antigens. These cytokines stimulate the differentiation of B cells, thereby activating antibody production.

If the body shows signs of infection or a blood disorder, the doctor would suggest a blood test called as the "B and T cell screen". Most infections and other types of disorders show an abnormal lymphocyte count. The blood test will show the count of lymphocytes present in the bloodstream. If the count is too high or too low, it is a sign of an illness.

Blood is drawn from the body and is sent to the laboratory for testing. There are a few things that would affect the result of the blood tests. They include:

A normal-looking lymphocyte appears large with a dark-stained nucleus. In normal situations with the absence of infections, the coarse dense nucleus of a lymphocyte is approximately the size of a red blood cell (RBC). Other lymphocytes show a clear perinuclear zone or a halo around the nucleus.

At times, it becomes impossible to identify B and T cells. A cytometry test can be done to distinguish the specific population count of these cells. The test can help identify the percentage of lymphocytes if they contain a particular combination of a specific cell or cluster of differentiation.

Lymphocytes are significantly involved in maintaining the body’s immune response mechanism through the development of humoral and cellular immunity.

The majority of T cells can live longer with an average span of 4-5 years, but can also survive for as long as 20 years. They are also known for leaving and then re-entering the circulation many times during their entire life span.

It is difficult to differentiate B and T cells through blood film viewing since they are almost identical. However, they can be identified through immune cell markers.

Lymphocytes are one of the components counted in a complete blood count (CBC) test. A CBC test includes white blood cell differentials. The test is used to determine, diagnose, or monitor various medical conditions in a person. The lymphocyte count may vary for both adults and children. The lymphocyte level can be analyzed in the blood tests. The values can be seen in a CBC result.

When the WBC count starts depleting to fewer than 2,500 WBC/mcL, it is considered as leukocytopenia (low WBC count). On the other hand, when it starts increasing to more than 30,000 WBC/mcL, then it is called as leukocytosis (high WBC count), which is again, not a good sign.

A percentage may also be given to you, which includes T-cells, B-cells, and natural killer (NK) cells. It should be between 15 and 40 percent of white blood cells.

It is important to remember that the normal values can vary from one laboratory to another.

There are many causes that can lead to a variation in an abnormal lymphocyte count, which may become life-threatening if not treated on time. Infections, chronic inflammation caused by autoimmune disorders, and cancer of the lymphatic system or blood are some of the common reasons for a high lymphocyte count.

However, if there is a consistent high lymphocyte count, then it can be due to serious diseases that would need immediate medical attention. Such conditions include:

The person may or may not experience any symptoms. However, in some cases, the patient would have the following symptoms:

Identifying the cause of the condition plays an important role in the treatment of lymphocytosis. In severe cases, bone marrow transplantation and blood transfusion may be needed.

A low lymphocyte count is called as lymphocytopenia. This condition usually occurs if the body is not producing enough lymphocytes, if such cells are being destroyed, or if the lymphocytes are trapped in the lymph nodes or spleen.

Having a low lymphocyte count can be due to a number of diseases such as flu or any mild infection--those that are not serious, but at times, can put a person at a greater risk of developing other types of infections.

Other causes of lymphocytopenia:

People who have a low lymphocyte count may or may not experience any symptoms. At times, they may have fever or some other symptoms of an infection. Having a low lymphocyte count can be acute or chronic. When we say "acute", it means something that usually occurs for a short time and gets resolved later on. The term "chronic" means something that occurs for a longer period of time.

Symptoms may not show when there is mild lymphocytopenia. However, for some people, they may experience the following symptoms:

The diagnosis is usually done by carrying out a complete blood count (CBC). Usually, doctors suggest this test when a person has a recurrent or severe infection. When the number of lymphocytes is drastically reduced, doctors will suggest for other blood tests to identify other types of infection. When the lymphocyte count is very low, doctors usually do blood tests for human immunodeficiency virus (HIV) and other infections. At times, a sample of the bone marrow can also be taken for further microscopic examination.

A decrease in a certain type of lymphocyte would help the doctor come up with an accurate diagnosis. This will help the doctor diagnose some disorders such as certain hereditary immunodeficiency disorders or AIDS.

The treatment depends on the cause. Once a diagnosis is established, the doctor would suggest a treatment plan based on the cause of the problem. If the cause of lymphocytopenia is due to an overdosage of a certain drug, then it can be resolved once the patient stops taking the drug.

If the cause of lymphocytopenia is due to AIDS, then there would be a certain therapy to increase the number of T-cells to increase the survival rate of the patient. Doctors would also recommend gamma globulin, which is rich in antibodies to prevent infections. It is also good for people with a low B-cell count.

In certain cases, a bone marrow or stem cell transplantation would be advised based on the seriousness of the disease. If a person has developed an infection, then a specific antibody, antifungal, antiviral, or antiparasitic drug is given against that infectious organism.

What do high lymphocytes mean?

More from FindATopDoc on Blood Disorders

Are blood disorders with you long term? 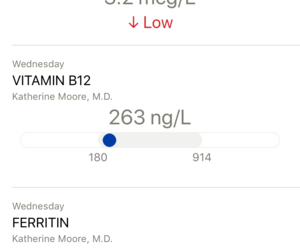 How urgent is this?

is there a way to prevent genetic blood disorders?