When the terrorist attacks occurred in New York on September 11th, 2001, Bart Zagami, a 61-year-old New York State Supreme Court officer, was in his office just a few blocks away from the World Trade Center in lower Manhattan. Days after the 9/11 terrorist attacks, Zagami spent his time at Ground Zero, ensuing rescue and recovery efforts. “The whole area was covered in debris. Gigantic piles of dust and rebar was what we were on, passing buckets. Please don't make it sound heroic. We did what we did,” he said.

Nine years following the attacks, as Zagami was about to retire, he was diagnosed with stage 4 marginal zone lymphoma (MZL), a type of non-Hodgkin lymphoma. Although he did not know it at the time, his cancer was most likely triggered as a result of his exposure to heavy toxins and irritants that filled the air at Ground Zero for weeks to months following the terrorist attacks. For Zagami, cancer was a difficult thing to face, especially since there were only a few effective treatments available or his specific type of cancer. In 2014, he learned that he was allergic to Rituxan, which is the most effective monoclonal antibody drug used to treat lymphoma. Apart from chemotherapy, it was his only remaining treatment option that had been approved by the FDA. 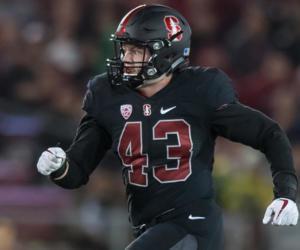 6 months following his last treatment with Rituxan, Zagami underwent an MRI exam and his results showed that his spleen was expanding. As it continued to grow, it began to take over his entire midriff and reached a point where it weighed more than 8 pounds. Zagami underwent a surgical procedure to have his spleen removed and following his recovery, he began to exercise and started to feel a lot better. However, within a year after his surgery, results revealed that his blood levels were elevated yet again.

Although Zagami’s future was unpredictable, his doctors at Memorial Sloan Kettering Cancer Center in New York told him about a new experimental drug called ibrutinib. Ibrutinib is a type of oral therapy that prevents the proper functioning of Bruton's tyrosine kinase (BTK), a kinase that plays a vital role in B-cell disease development, including several types of lymphoma. The drug, developed by Pharmacyclics LLC, an AbbVie company, had shown to trigger fewer side effects than traditional chemotherapy because it did not cause as much damage to healthy cells within the body. Zagami’s doctors stressed that the drug showed great potential for treatment of his specific type of cancer, but that it had yet to be approved by the FDA. While they could not offer him any guarantees, Zagami decided to seize the opportunity and enrolled in the drug’s clinical trial. “My doctors were confident that this drug could help me. There was no nervousness. It sounded better than the alternative,” he said.

Throughout the clinical trial, Zagami took four pills per day and he experienced a few minor side effects, including skin blisters, bone pain, and body aches – all of which were temporary. In addition, his blood tests revealed that his body was responding well to the drug. Today, over two years later, Zagami is doing well. He continues to take the drug on a daily basis, only now he takes three pills rather than four.

Although he is not in complete remission for his type of cancer, Zagami is in partial and durable remission. His blood count has remained normal, he continues to exercise, and he walks 5 miles a day. “I’m not sick anymore. I feel terrific. I get up in the morning and work out with weights every day, then I read the newspapers online, go for five-mile walk, and go shopping. My wife still works. Three days a week I watch my two granddaughters,” he said.

In January of 2011, President Barack Obama introduced the James Zadroga 9/11 Health and Compensation Act of 2010. The Act provides financial aid to cover medical expenses for over 90 conditions associated with exposure to toxins and irritants at Ground Zero, including several types of lymphoma. Yet, while his cancer was most likely caused by exposure to these toxins and irritants, Zagami did not initially file a claim. “I didn’t tell anyone anything, I kept it a secret. Only my wife and kids knew, but the rest of my family didn’t. Both of my parents are still alive and they’re elderly. I didn’t want them to worry about me. I was doing well. But now they know,” he said. As those around him continued to persuade him to file a claim, Zagami finally decided to do so.

Heightened education and awareness are key

Although clinical trials have always played a significant role in cancer care in the United States, they are continuously growing and instilling more treatment options for individuals coping with cancer. Today, new treatments ranging from targeted therapies, such as ibrutinib, to immunotherapies, are available. What’s more, risk factors that were once considered problematic seem to be diminishing. As patients are becoming more educated and more aware of this new boom of effective cancer treatments, they are shying away from traditional treatments, including chemotherapy. A majority of these treatments are considered safer than drugs of the previous generation, yet some are still associated with severe, but typically temporary side effects.

Most recently, the FDA announced that due to the positive responses gathered on the drug ibrutinib, such as from Zagami’s experience and several others, the agency has decided to grant ‘accelerated approval’ for the drug for marginal zone lymphoma. “Imbruvica’s approval helps fill a significant treatment gap for previously treated MZL patients who will benefit from a targeted therapy rather than a traditional chemotherapy,” said Dr. Ariela Noy, a hematologic oncologist at Sloan Kettering. “Imbruvica’s approval for patients with MZL is significant. Now patients have the option of a well-tolerated, effective treatment in a disease that had no prior approved therapies,” added Dr. Darrin Beaupre, head of early development and immunotherapy at Pharmacyclics LLC. In addition to MZL, ibrutinib has also been approved for the treatment of:

Janssen, a pharmaceutical company located in Belgium, holds the rights to the drug outside of the United States and is starting to expand its use in Europe. Moreover, the drug is expected to be introduced in China, where lymphoma diagnoses are on the rise. In fact, in China, marginal zone lymphoma is the second most common type of non-Hodgkin lymphoma, after diffuse large B cell lymphoma (DLBCL). Janssen submitted approval for ibrutinib in China and asked China authorities that the drug receives priority review due to its effectiveness over currently available treatment options. In the meantime, the pharmaceutical company is working alongside the national cancer community in China and several patient advocates to raise awareness on lymphoma and effective treatment options.

Despite his unfortunate diagnosis of MZL, Zagami stressed that if he were given the option to go back in time, he would still volunteer at Ground Zero. As for ibrutinib, the drug has proven to be a ‘lifesaver’. “I think with ibrutinib, it just made my cancer a manageable disease. The same way people take blood pressure medication to make that manageable,” he said. 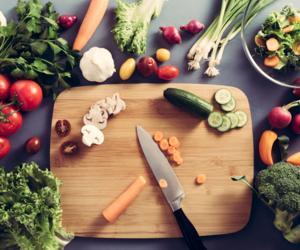 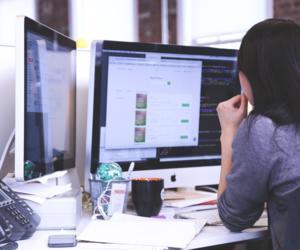 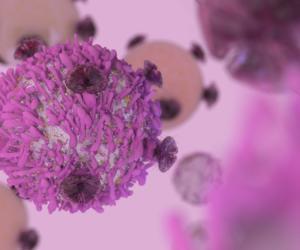 How Immunotherapy Makes a Real Difference in Relapsed...

Students Raise Money for Lymphoma While Competing for Scholarship Prize