One of the most common complications of sleep apnea doesn’t revolve around the symptoms themselves, but rather on the difficulty to actually diagnose the disease. Sleep apnea is, as its name suggests, a sleep disorder characterized by the subject’s inability to breathe properly during sleep, which prompts him or her to snore loudly and experience brief periods of interrupted sleep several times per night. Consequently, the person is unable to rest properly at night and may experience several signs and symptoms during their periods of wakefulness. Those who suffer from this disease are frequently fatigued during the day, experience frequent bouts of sleepiness, and are more prone to get irritated at seemingly harmless things.

However, due to the symptoms mentioned above, sleep apnea is often very hard to diagnose, since the main sign is the constant and loud periods of snoring experienced by the individual which, if living alone, will most certainly go undetected. Furthermore, while said snoring may cause brief periods of wakefulness, these are generally too short to be committed to memory, especially due to the late hours in which said episodes are experienced. Consequently, an average person suffering from sleep apnea might never be aware of it, until they happen to find a new roommate, or they have the fortune of having someone aware of the disease nearby while they nap, so that they can recognize these unusual fits of snoring and recommend for the person to receive medical aid for their condition.

My surgery is in an outpatient facility. What happens...

Nevertheless, even after receiving medical aid, sleep apnea might still be an elusive diagnosis, as the tests required to actually examine that extent at which the symptoms are affecting the patient are rarely available in most health centers, and tend to be very expensive if they are. The most common method of diagnosing sleep apnea, as well as other sleep disorders, is through a polysomnography, also known as a ‘sleep study’. These tools are mostly practiced in sleep centers, though there may exist some clinics that also dispense them. Patients who partake of these tools are asked to travel to the health center in the evening so that the specialists might monitor them in their sleep. During their examination, the clinicians will closely evaluate the patient’s brain waves, blood oxygen levels, heart rate, and nighttime movements (eyes and legs) to determine if they may be suffering from any sleep disorders. Additionally, if the person has already been diagnosed with any type of sleep disorders, a polysomnography may also prove to be useful in determining if any adjustments to their existing treatment plans must be made in order to accommodate their condition.

As was mentioned, while these tests tend to be very effective at their purpose (diagnosing sleep disorders), they are still very expensive to the general public and are rarely performed in most health centers. Luckily, this tendency is currently being reversed, as studies are becoming widespread and each day more people have access to said tests.

However, in a great turn of events, researchers have developed a sleep testing method that can be used at home, and which proves to be equal to sleep studies in terms of reliability for determining the existence of sleep apnea. The study claims that, among the screened patients, the home respiratory polygraphy method was as good as laboratory polysomnography in achieving correct diagnoses.

The method, which used in great part the Epworth Sleepiness Scale (ESS), provided findings that suggested that, when it comes to obstructive sleep apnea, in particular, conventional sleep polygraphy might not be required in its diagnosis. Instead, home sleep monitoring might be just as effective for the management of sleep apnea sufferers.

The study in question, which was performed in Spain, is paving a new way in the field of sleep medicine, as it is the first in its category to compare traditional polysomnography with home respiratory polygraphy in a long-term basis, and using a real-world population of suspected obstructive sleep apnea subjects as its sample. However, there are several limitations when it comes to home respiratory polygraphy. Specifically, this tool is unable to account for the apnea-hypopnea index of patients since, compared to traditional sleep studies, it can’t actually identify it.

Reena Mehra, MD, a sleep specialist, has stated that, despite its growing use and efficacy at home for identifying obstructive sleep apnea, this method should not be used if there is a suspected comorbidity with cardiopulmonary or neurological diseases, or for those who suffer from complex sleep apnea. Despite this, the recommendations by sleep specialists to use home respiratory polygraphy to identify potential sleep apnea cases have increased around seven times between 2013 and 2016. In these 3 years, the frequency in which the method is used has increased greatly. However, according to Mehra, of the 12,000 studies performed at the Cleveland Clinic annually, around 10% of them involve home respiratory polygraphy.

The Spanish study to compare the effectiveness of HRP and polysomnography in the diagnosis of sleep apnea spanned 6 months and involved 430 potential sleep apnea sufferers. The participants were randomly separated into two groups, one of which was subjected to HRP, while the other underwent traditional polysomnography. The researchers also used the ESS to measure wellness, with the outer bound for the non-inferiority set to a difference of 2 points between both groups. Additionally, there were quality-of-life questionnaires in place to determine the efficacy of the treatments, alongside the constant monitoring of blood pressure of all the patients involved.

The results, which were measured at several points (baseline, 1 month, 3 months, and 6 months), were outstanding, and suggested the following:

In conclusion, despite its shortcomings, home respiratory might actually prove to be just as effective as polysomnography when it comes to detecting and identifying potential cases of sleep apnea

Sleep Apnea: What Are the Causes, Symptoms, and Treatment? 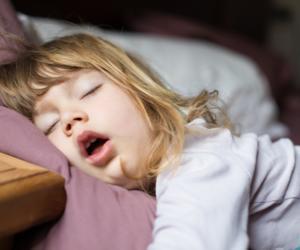 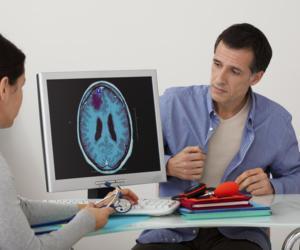