What is a nasal congestion?

Cold, flu, and sinus infections are often few of the culprits that lead to sinus and nasal congestion. Most people must have experienced sinus-related pain and pressure in some point of their lives, and often, people tend to recover without taking antibiotics or any other medications. There are a number of natural remedies that can help in clearing out a nasal congestion.

In simple terms, nasal congestion is also called as a stuffy nose or blocked nose. This congestion mostly occurs when the nasal cavity tends to swell leading to the buildup of mucus. Due to the accumulation of mucus, it becomes difficult to normally breathe through the nose. Hence, people often complain of having breathing problems when they have nasal congestion. 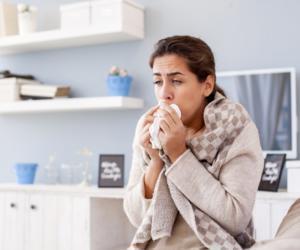 How Does the Flu Spread?

Most nasal congestions are known to last for a week or so. It is usually caused by the following conditions:

Rare causes of nasal congestion can be attributed to tumors or polyps. Few of the common symptoms experienced by individuals with nasal congestion are mucus buildup, watery eyes, swelling of the nasal tissues, sinus pain, hoarseness in the voice, and mild headaches.

Nose blockage is often a discomforting feeling and leads to annoyance. When it comes to small children, one should be more careful as it would lead to disturbance of their sleep such as breathing troubles while sleeping. Nasal congestions should be immediately treated to avoid other problems such as lack of sleep or ear infections.

Steam inhalation is one of the most popular home remedies when it comes to common colds. You can also add in some essential oils to the hot water for added benefits. Inhalation of steam acts as a natural expectorant, which helps get rid of congestion along with lubricating the irritated respiratory tract due to congestion.

For steaming, boil some clean water in a pot. If needed, you can add a few drops of eucalyptus essential oil or peppermint oil to the water. Once it is mixed well, pour this water into a bowl. Cover your head with a towel and inhale the steam for a couple of minutes until you find some relief.

To ensure quick healing, carry out this process at least two to three times a day on a daily basis. You can also add a tablespoon of crushed carom seeds to the boiling water. However, steam inhalation is not recommended for children under the age of 12 since it increases the risk of burns to the face.

Nasal irrigation is another reliable method when it comes to clearing out excess mucus and maintaining the nasal passages free from irritants to prevent any chances of infection.

Start by making a saline solution by adding one-fourth teaspoon of salt and a pinch of baking soda into a cup of warm water. Add this solution to a neti pot. Stand near a sink and tilt your head on one side. Squirt the solution into one of the nostrils. Move your head back, forward, and from one side to the other so that the solution reaches to the nasal cavities. Once this is done, blow your nose to remove the excess solution and mucus. Repeat this same process with the other nostril. You can do this method at least once a day and few times a week later on. If you are unsure how to perform the procedure, ask your doctor rather than doing it all by yourself.

This spice acts as an antihistamine, which is very helpful in treating nasal congestion. The capsaicin content present in cayenne pepper is quite helpful when it comes to thinning and loosening mucus so that it can be easily eliminated from the body. This then provides a soothing effect to an irritated throat.

Garlic is one of the most powerful herbs since it is loaded with antibacterial, antiviral, and antifungal properties. Garlic helps control the excessive production of mucus and also prevents any kind of infection. It also promotes a speedy recovery. You can take garlic supplements as recommended by the doctor. Another option is to chew raw garlic cloves few times a day. Next option is to chop around three to four garlic cloves and roast them in a teaspoon of butter for a minute. You can also eat garlic with warm milk twice a day, which should be done for a few days. Aside from eating it raw, you can boil two to three cloves of garlic in a cup of water and then mix about half a teaspoon of turmeric powder to it. Drink this mixture two times a day to relieve nasal congestion.

There are also garlic supplements available in the market, which can be taken on a regular basis to prevent the occurrence or frequency of nasal congestions. However, it is still better to consult a doctor before taking any kind of supplement.

One of the best remedies to quickly clear a stuffy nose is to use apple cider vinegar. It works as a natural form of decongestant, which would help break up the buildup of mucus. It is proven as an excellent relief for blocked and stuffy nose.

Acupuncture has led to a lot of benefits for the overall health of the body. For acupuncture to relieve nasal congestion, you would need to use your left thumb and index finger and then press it to the area, which is next to the inner eyes on both the sides of the nose. Simultaneously, use the fingers as well as the heel of the other hand to grab the muscles on both sides of the spine, which is at the back of the neck. Apply pressure on all the four points for about one to two minutes and you will find some relief.

Sinuses tend to become inflamed when the air becomes too dry, thus leading to an uncomfortable feeling of stuffiness. With the help of a humidifier, it would add more moisture to the air providing relief from sinus inflammation. It also helps in loosening the congestion present in and around the nose. A humidifier machine converts the water into moisture, which then fills up the air leading to an increase in humidity in the room. When one breathes in this air, it provides relief and soothes the irritated tissues along with swollen blood vessels in the nose and sinuses.

One of the most common defense against nasal congestion is to keep yourself hydrated. Enough water in the body keeps the mucus thin. The body and the nasal passages are maintained and well hydrated if you drink sufficient amounts of fluid every day. Make sure to drink at least 8 glasses of water a day. The more you are hydrated, the more it would help in thinning the mucus. You can also sip warm liquids since they can help in quickly opening up congested sinuses. You can also drink certain herbal teas such as ginger tea or mint teas, which can further reduce the instances of nasal congestion.

Use warm compresses to help unclog a blocked nose. Applying warm compresses can open up the nasal passages from the outside. To prepare a warm compress, you need to soak a clean towel in warm water. Squeeze out excess water out of the towel and then fold it. Place it over the nose and forehead. The warmth from the towel can provide comfort from the pain along with providing relief from sinus inflammation. Repeat this process as often as possible until you feel relieved from nasal congestion.

10. Be Careful of What You Eat

The kinds of food you eat play an important role when it comes to relieving nasal congestion. Some foods lead to the excessive production of mucus, while other food items can help in preventing further mucus buildup.

The foods that tend to promote mucus production and should be avoided are:

Instead, try to consume more foods that help in fighting off congestion. Such food items are soups, garlic and other herbs, warm drinks, fresh vegetable and fruits, as well as spicy foods. Make sure to eat a healthy and balanced diet to reduce the production of mucus along with providing ease from congestion. In one study, it was found out that individuals who consumed a diet that is high in sodium, refined carbohydrates, and meat tend to have an increased production of mucus, while those who had a diet rich in fiber, fruits, and veggies had lesser mucus formation.

What are the symptoms of the flu with children?

More from FindATopDoc on Nasal Congestion 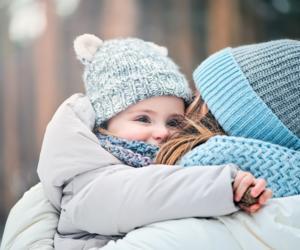 Can you really get the flu from the flu shot?

What should I take incase of a common cold and flu?

Are there home remedies for the flu?