History of modern injection devices and their widespread use in medicine started in the middle of the 19th century and have dominated in some treatment forms for more than 150 years. However, even though many use it, this method has specific drawbacks too. It not only requires a high level sterility, it also very painful. And, worst of all, some have phobias around injections, which can ultimately inhibit them from receiving the treatment that they need.

Insulin has a special place in the treatment of diabetes. Though most people who have type 2 diabetes (about 90%) and are treated with various oral drugs, still develop severe insulin deficit in the long run. As diabetes progresses, oral medications become ineffective, and the need for insulin arises.

How does diabetes affect the kidneys?

Insulin remains the most effective treatment of all for diabetes. But, insulin cannot be taken by mouth as the gastric juices destroy it. There have been numerous efforts to develop insulin to be taken by other routes, but they all suffered from one way or another. So, insulin taken by inhalation has been extremely difficult to dose. A low dose of insulin means failure of treatment, while a higher dose has the potential of causing a life-threatening complication called hypoglycemia (fall of blood glucose below tolerable levels).

Till date, insulin injections remain the most efficient way of treating diabetes effectively. Although insulin injections have improved a lot during last few decades, especially with the advent of so-called insulin pens. Still, the prick is involved, and the associated pain and fear.

Improved education and psychological help can help to a certain degree, but it would be unwise to negate that most people find the insulin or other medications related pricks highly uncomfortable, especially when injectable drugs have to be taken several times a day.

So, what is the way out? Perhaps the best way is with finding the method of injecting the exact dose of medications without the use of a needle, which is exactly what many companies are trying to do.

Recently, a spinout from MIT called Portal instruments came up with a novel and pain-free way of injecting drugs, a device that is needle-free. This is a way to is prevent anxiety and an adherence issue related to needle injections.

It is a device that is based on decades of research at MIT, and a device that sends a high speed, very thin jet of medicine. It is a jet that is as thin as a strand of hair. Due to its thinness and the velocity of this jet, medications can penetrate subcutaneous regions without a needle. It is also a device with adjustable dosages and does not cause any pain.

Since it is an electronic power device, it has many other benefits over the conventional injection syringes. It can electronically feed information about the medication, dosage, and time into the cloud base platform, and thus the latest information is available to all the stakeholders, like the patient, clinic, and physician.

Ian Hunter, a professor of thermodynamics, is behind the development of this whole project.

Good news is that this project is no more limited to a laboratory. In fact, Portal Instruments has already been tied with one of the largest Japanese companies, Takeda, for further development and commercialization of the device, named PRIME. Takeda is planning to use this technology for providing various injectable medications.

The use of PRIME would not only be limited to the treatment of diabetes, but rather Takeda is planning to deploy this technology in the treatment of a range of chronic diseases. Hence, PRIME would be used to inject proteins, living cells, vaccines, hormones, and much more.

The CDC's data indicates that adherence is a big issue with large molecule/biological drugs. Since all biologicals are injectable, and the solution is highly viscous, it takes longer to inject them and is often painful. Moreover, many of the newer biologicals are being used to treat a range of chronic ailments, meaning that they have to be taken on a daily basis for years.

PRIME is a very compact device, merely the size of an electric razor. Drugs are loaded into it through a unique capsule that can harbor multiple doses. At the tip of the device is a nozzle, used to deliver the drug to subcutaneous layers. Once the capsule containing medication is loaded into the device, the electronically controlled piston pushes the hair-thin jet of medicines through the nozzle at the speed of 200 meters a second. Because of this high speed, this medicated jet can penetrate the skin without the need of a needle. In terms of aeronautics, its speed is equal to approximately Mach 0.7.

PRIME is not first of its kind in the market of injectable devices using high-speed fluid-jet technology for medication. But, it differs from others in the ability to control the method and velocity of the jet. Earlier devices were explicitly created for one single medication, which they could inject at a fixed location, in a fixed dose, and at a fixed skin depth. However, in PRIME most of the parameters can be electronically controlled and modified, meaning that it could be used for most medications that need to be taken by the subcutaneous route.

PRIME can correct the trajectory of a jet 1000 times in a second, thus have precise control over it. It has the ability to target specific skin depth and location. In fact, one of the first research papers detailing the results of the technology has already been published in 2012, in the journal Medical Engineering and Physics.

The device can automatically accommodate various medications and can understand the viscosity of a particular medicament, and accordingly correct the multiple parameters for optimal injection.

To further improve compliance and record keeping, Portal Instruments have developed an app that can automatically record all the data, remind the patient, and share the information with anyone when and as needed.

Since Portal Instruments has already come up with the viable business model, it is quite probable that in future they would partner with many more companies that would be interested in changing how we treat diabetes today.

I am a diabetic and a blood pressure patient. Could...

Why am I not putting on weight? 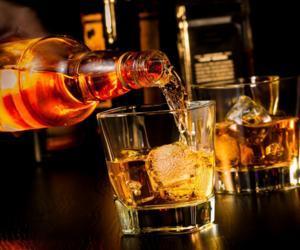 Alcohol and Diabetes: An Unhealthy Mix

What are the medications recommended to treat renal hypertension?