Cancer tricks the immune system. The immune responses to cancerous cells are weak in cancer patients. The future is here to change that.

Lymphoma is a blood cancer that presents when white blood cells begin behaving abnormally. They might divide faster and last longer, producing symptoms such as itchiness, chills, weight loss, and swelling of the lymph nodes. 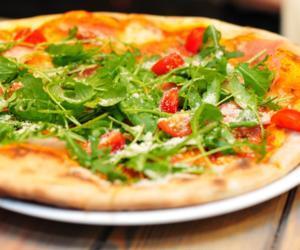 How This Pizza Company Fundraises for Lymphoma

Cancer cells can encourage immune system “off” signals which can help tumors grow. The research is focused on creating more “on” signals.

The immune system is built to target and destroy foreign or mutated invaders. Antibodies are part of the immune system that are supposed to take care of this. This doesn’t happen very well in cancer patients.

The use of monoclonal antibodies is a current treatment of lymphoma. They are created in a laboratory to identify very specific antigens that are present on cancer cells. Once they identify them, they can kill them.

Monoclonal means that many of them have been produced in a large amount, starting from a small amount. This is a common immunotherapy treatment, and is fairly successful.

What monoclonal antibodies can do:

The first one approved by the FDA was rituximab. It has improved survival rates, but doesn’t work on all patients. Some patients that it does work on, end up relapsing anyway. Still, it’s been a big positive for many lymphoma sufferers.

This treatment takes some patience, because lymphoma sufferers don’t know if it will work until about 3 months into treatment. For some people, it produces side effects that are very hard to take.

What’s great about them is that they recruit the body’s natural immune system functions to get rid of cancer. This seems like a step up from drugs like chemotherapy, which relies on damaging all cells in its path.

Whether it works or not depends on the type of lymphoma you have as well as other variables. Thirty to fifty percent of patients don’t respond to monoclonal antibodies either when it is first tried, or upon re-treatment.

Each person’s cancer is different. Genetic, biological, and environmental factors can make some people’s bodies less responsive to immunotherapy.

Thomas Gajewski, MD, PhD, who is a professor of pathology and medicine at the University of Chicago, discovered that a person’s gut bacteria might determine the effectiveness of immunotherapy.

He called the cellular environment that is responsive to immunotherapies a “T cell-inflamed tumor microenvironment.”

T cells take part in the immune response. The immune system then is ready to work, with the presence of the right gut bacteria. Multiple studies have confirmed that gut microbes give anticancer treatments a chance.

By giving mice with cancer a certain strain of bacteria, researchers at the University of Chicago successfully increased the animal’s immune system to destroy tumor cells. Even more amazing is that gains from this were similar to checkpoint inhibitors, such as antibodies.

It would seem then that increasing gut health is an important predecessor to success with these immunotherapies.

Researchers found that some lymphoma cells manipulate proteins called Fc-gamma receptors found on their surface to prevent the white blood cells from destroying them. Apparently, this is why the monoclonal antibody treatment doesn’t work for everyone. A team of Swedish researchers discovered that cancer cells do in fact disguise themselves, sometimes as immune cells.

By developing a treatment that tears down the body’s resistance to treatment, they can give the immune cells skills to overcome cancer’s tricks. Then they can help the antibodies do their job.

Researchers are constantly looking for ways to upgrade a treatment experience, hoping for greater success. Treatment combinations are common in the medical world, and the world of immunotherapy is no exception. Combined treatments can attack from different angles, working together to make a forceful team.

Using 2 drugs in combination, they have managed to do just that with the lymphoma monoclonal antibody treatment. Early studies at the University of Southampton confirmed that an immune response stimulating drug could overcome the antibody treatment resistance. They call it a STING agonist. STING stands for STimulator of INterferon Genes.

They studied mice and human cells and found that this particular drug was able to trigger the macrophages to catapult into action. This effectively reversed the resistance seen with the antibodies and wiped out the lymphoma cells.

This ‘helper’ drug essentially reprograms cells to get rid of cancer. It ‘revs up’ immune cells. They have proven they can do this in the laboratory. Their worth still needs to be proven on sick patients, but researchers are very excited by the possibilities.

Freeman said, “It’s just an amazing time, there’s high energy and enthusiasm among basic scientists, clinical scientists and pharmaceutical companies. The door has been opened and there’s confidence that some of these drugs will work.”

They would like to modify this new drug, and of course make it as effective as possible.

How the immune system educates

Glenn Dranoff of Novartis Institutes for BioMedical Research explained that there are 3 general steps in the immune system response. The first is the education step, where dendritic cells learn about cancer by taking pieces of dead tumor cells.

They then go to the lymph nodes where they show the fragments to immune cells, basically teaching them what to look out for and attack.

Then these travelers, the dendritic cells, set the immune cells (T cells) to increase in number and attack the tumor.

The STING activator triggers the dendritic cells’ ability to educate the T cells to do their job.

Included in this process is causing chemical signals to begin to help the immune system target tumor cells. They found that specifically applied high-dose radiation leads to the activation of the STING pathway. Once the tumor cells are found, the T cells can be sent to attack the cancer.

They say the STING pathway is the key to tumor immunity.

So, in this way, doctors are combining 3 treatments, the monoclonal antibodies, the STING agonist and the radiation to help the immune system do its job.

The success of this laboratory study is great news for those patients who haven’t responded to monoclonal antibody treatment alone.

With this kind of laboratory success, when will they start trials on human patients?

Aduro Biotech announced in May, 2016 that their first patient was dosed in a Phase 1 study. They then were funded to begin clinical trials.

Aduro announced in a press release in June, 2017, the first upcoming clinical trial involving the STING pathway activator for patients with advanced tumors and lymphomas.

In the press release they revealed that this STING activator “overcame immune system suppression within the tumor microenvironment, resulting in significant anti-tumor response.”

Clinical trials are important not just for furthering research, but can give certain patients a chance they wouldn’t otherwise have. An organization giving voice to clinical trials, Bridging Clinical Research and Clinical Health care, states that “poor recruitment is the leading cause of failure in clinical trials.” Less than 3 percent of patients and physicians participate.”

Increasing clinical trial participation will benefit everyone, particularly when breakthroughs such as the STING activator might give patients their life back.

Many people have experienced life changing benefits from participation in clinical trials.

A speaker named T.J. Sharpe of the above organization is a cancer survivor because of clinical trials. He received 4 second opinions, and enrolled in 3 successive clinical trials. Now he is doing very well. All because he realized that just because 1 treatment or doctor didn’t work for him, he shouldn’t give up. He credits the clinical trials as making all the difference for him.

The clinical trials of these ground-breaking immunotherapy drugs, such as the STING activator, can mean survival for those many patients whose lymphoma doesn’t budge with antibody treatment.

The Lymphoma Research Foundation explains that it is important to be aware of the latest information and treatment options. Treatment that works for you once may be ineffective the next time.

So, if rituximab doesn’t work at some point for a patient, there may be a drug sidekick to assist and overcome lymphoma in the near future. Just learning about the STING treatment is a step in the right direction.

Often being proactive in seeking out opinions, knowledge and clinical trials will produce better results than relying on one person, such as a medical professional, to offer up all that you may need to know. 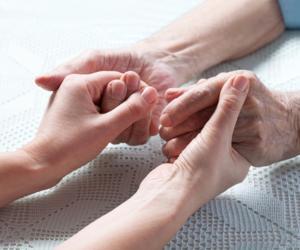 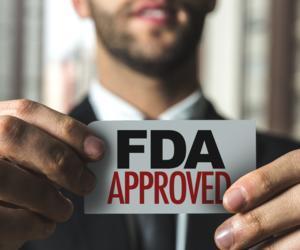 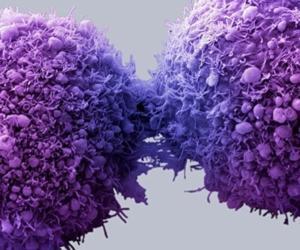