A group of biomedical researchers from Case Western Reserve University may have found a new and better way to catch early Alzheimer’s.

Alzheimer’s affects about 5.5 million Americans, and as people are getting older and living longer, anyone can expect that this number will only grow. It’s a devastating disease that has no cure. 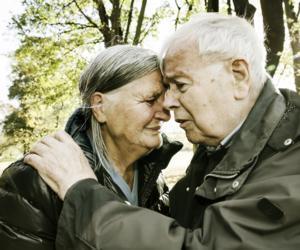 What Are the Symptoms of Alzheimer’s?

Because Alzheimer’s has no cure, much of the hope in dementia research lies in being able to catch things early. If we can treat people before they even get dementia, we can hope to slow down disease or prevent it all together. Right now, there are a few drugs that could delay disease progression for a few years. This could mean the difference between being able to live in the comfort of your own home versus a full-care senior nursing facility. As simple as this may sound, being able to stay at home is a precious gift. Not only can people stay with their own families, but they also save a lot of money that would have gone to pay the nursing home.

Why is prevention so important?

Alzheimer’s is very difficult to treat once the symptoms show up. By the time family and friends notice that someone is no longer acting the same, it’s usually too late to reverse any of the damage done. This is because Alzheimer’s affects the brain cells directly by accumulating bad, malformed proteins inside. It’s nearly impossible to remove these bad proteins without damaging the actual brain. Once people have dementia, it can be emotionally exhausting for both the patient as well as their loved ones. Not only can people forget the faces of their own children, they can also eventually forget how to eat or go to the bathroom. That’s why it’s so important to find out how we can best prevent this disease from even happening.

Why is Alzheimer’s so hard to catch early?

In people with Alzheimer’s, it’s very difficult to draw the line between sick and healthy. That’s because people with this disease slowly get worse in a subtle way. It’s really difficult to diagnose someone with Alzheimer’s when they don’t have severe symptoms. When people are mildly impaired, it’s difficult to say whether the brain is simply aging in a normal way or if there is an actual disease. There could also be other reasons for people to have memory loss or poor mental ability. For example, depression can cause symptoms that are very similar to early dementia. Mild cognitive impairment is how we describe a person who has lost some of his or her cognitive abilities but does not quite have full-blown dementia yet. To make things more complicated, people that have mild cognitive impairments only sometimes develop Alzheimer’s or other dementias. There are also people with mild impairments who end up never getting these diseases.

What are the current tools used to detect Alzheimer’s?

The tests we have today are pretty good at diagnosing people when they already have the signs and symptoms of dementia. However, there is no one single test that is good at finding the early stages. Right now, neurologists and psychiatrists have to use every piece of evidence they can get to evaluate for early symptoms. This includes using brain imaging, medical history, genetic tests, and special neuropsychological questionnaires. There are also some special cognitive tests, such as the Mini-Mental Status Exam, that can help assess someone’s everyday mental function. These tests are pretty good at detecting mild cognitive impairment. However, a big drawback of these tests is that they are not very good at separating people who will develop dementia from those who won’t.

How can we better figure out whether someone with mild cognitive impairment is going to develop Alzheimer’s?

Right now, there isn’t really a great way to tell whether someone’s small changes in memory or behavior will develop into dementia. Some of the clinical tests used today try to detect early signs, but most of them have flaws. One of the major flaws of current tests is that none of them look at every piece of information that might indicate Alzheimer’s disease in a person. That’s why Anant Madabhushi and his team of researchers decided to find a better way. They created a machine that helps doctors predict if someone will get Alzheimer’s dementia.

How does the machine work?

The machine is a computer program that uses all the information that might indicate Alzheimer’s disease. For example, this includes any memory or cognitive tests that patients can do to detect small dysfunctions in thinking ability. The computer uses algorithms to figure out what information is most likely to predict early Alzheimer’s.

How was this machine developed?

Madabhushi recently used computer algorithms to diagnose people with early cancer. He realized that he could apply the same concept to help people with Alzheimer’s disease.

He and his team decided to test a computer algorithm on data for 149 patients. They called this algorithm a Cascaded Multi-View Canonical Correlation (CaMCCo). This formula takes into account a lot of different factors including hippocampus size, brain metabolism, protein production, genes expressed, and the level of cognitive impairment in each patient.

Why did they use an algorithm?

Madabhushi and his team realized that a computer would be the best solution to figure out patterns when you have hundreds of different factors to consider. This makes a computer more powerful than any one clinical test because it can combine all the different information and analyze them all at once. Because he was already able to use computers to help diagnose cancer early, Madabhushi realized he could use this same concept to help people at risk for Alzheimer’s.

How does the algorithm work?

There are two stages in the computer program. The first goal is to figure out who is healthy and who has the disease. Next, the computer figures out more subtle factors between those who simply have mild impairments versus those who have Alzheimer’s. The computer then uses all this information to find the people who likely have early disease. The question was whether or not the algorithm did a good job.

Was the machine successful in finding Alzheimer’s disease?

This new machine had promising results. Madabhushi and his team compared the predictions that their machine made with actual patient data. He also looked at how well the computer could find Alzheimer’s disease compared to other current tests used today. The algorithm performed just as well the best diagnostic tests for Alzheimer’s. However, the program did much better than current tests in finding people who have mild impairment who will later develop Alzheimer’s. This could mean that the machine can identify people who are in the early stages of the disease.

What are the next steps for Madabhushi and his lab?

This algorithm, CaMCCo, shows a lot of promise for early diagnosis of Alzheimer’s. Madabhushi and his lab hope to take the next steps by performing clinical trials with the machine. They want to collaborate with other neurologists by using CaMCCo to run tests on future patients. Currently, they are working with many different medical sites and fine-tuning their software. This discovery gives us hope that one day, we can better treat people who are at risk of developing Alzheimer’s dementia. 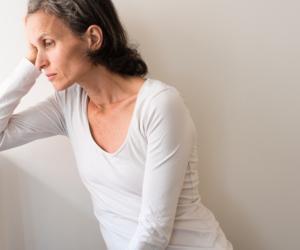