Although the course of rheumatoid arthritis is different for every individual, it is worth mentioning that with proper treatment, the progression can be slowed down or even stopped altogether. Currently, there are several ways to treat RA and among these approaches is COBRA therapy. The COBRA (Combinatie therapie Bij Rheumatoide Arthritis) therapy combines three antirheumatic drugs. These drugs are methotrexate, sulfasalazine, and initial high-dose prednisolone. Research has shown that COBRA therapy is an effective treatment that leads to controlled disease activity and prevention of long-term joint damage. Moreover, this therapy is cost-effective and generally well-tolerated.

Most recently, a study published in Rheumatology revealed that a simplified version of COBRA, called COBRA-light, has shown similar safety and efficacy as a treatment regimen. The COBRA-light therapy uses a higher dose of methotrexate, a lower initial dose of prednisolone, and no sulfasalazine. In this study, researchers evaluated the differences in safety, efficacy, and side effects of COBRA-light vs. COBRA therapy over the course of 4 years. Out of a total of 149 subjects who participated in the study, 72 were treated with COBRA-light therapy and 77 were treated with COBRA therapy. After 4 years follow-up, both treatment regimens displayed similar results in terms of disease activity and clinical remission. Patient reports taking into account physical functioning and radiologic outcomes were also reported similar for both treatments. What’s more, no differences in survival rates or major comorbidities were found between the two groups. 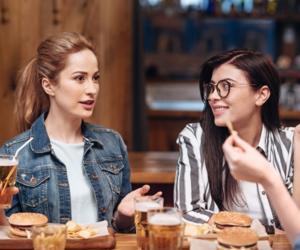 Combination therapy with COBRA has shown to be safe and effective in early RA; however, rheumatologists are reluctant in prescribing the COBRA therapy due to its complex nature and potential side effects. Researchers performing this particular study revealed that both doctors and patients have the option to either start treatment with COBRA or COBRA-light, assuming that their similarities continue to exist. For now, COBRA-light is considered an equally safe and effective treatment regimen for early RA.

The results revealed similar high efficacy among all three therapies. Following 4 months of treatment, disease remission was seen in over 70% of patients. However, when it came to side effects, the three therapies differed greatly. For instance, the COBRA slim therapy used the smallest medication dosage and had half as many side effects as the other two therapies. Researchers suggested that longer use of this therapy could lead to higher remission rates in early RA. Furthermore, higher remission values were recorded for all three therapies. Diederik De Cock, doctoral researcher at the Research Centre for Skeletal Biology and Engineering (KU Leuven), noted that methotrexate is a very inexpensive drug, in comparison to other antirheumatic therapies, such as biologicals. In fact, he stressed that in the course of a year, 15 patients could be treated with COBRA therapy in comparison to 1 patient being treated with a biological, for exactly the same price.

In spite of long-term advantages of undergoing COBRA therapy, it is not often prescribed in the clinical setting. The COBRA therapy is regarded as safe and effective to use, but rather complex in its administration. A focus group was organized to discuss the opinions of both rheumatologists and patients. In the group of rheumatologists, the specialists revealed that they are positive about the effectiveness of the COBRA therapy; however, they are more concerned about the occurrence of possible side effects due to high dosages of the medications. Furthermore, they fear the reaction of patients if the therapy prescribed presented unwanted signs and side effects.

Conversely, the group of patients revealed that they too, are positive about the effectiveness of the combination therapy. Most important, they noted that they would have no difficulties in taking numerous pills if it meant immediate relief of their symptoms and possible improvement in their prognosis. The patients connected prednisolone to negative side effects; however, they are aware of its pros in times of active arthritis. To conclude, patients stated that taking numerous pills outweighed the option of not taking them and experiencing the painful symptoms of RA. From the group discussions, it appears that rheumatologists are rather more skeptical and hesitant in prescribing the COBRA therapy than patients are in using it.

Arthritis comes from the Greek word arthro, which means joint, and itis, which means inflammation. Thus, rheumatoid arthritis, also known as RA, is a chronic autoimmune disease that is known to cause inflammation in the joints. An autoimmune disease is a condition that is triggered when the body’s healthy tissues are accidentally attacked by their own immune system. The immune system contains several cells and antibodies that are known for their “find and fight out foreign substances” mechanism. That being said, when the body’s healthy tissues are attacked, inflammation is triggered. While inflammation typically occurs around the joints, the disease can also cause organ damage in other areas of the body.

Individuals with autoimmune diseases such as RA may experience symptoms such as pain, joint swelling, and stiffness in the hands and feet. Some individuals may experience light episodes of flare-ups, while others may experience more aggressive and persistent symptoms. RA can occur at any age, although it is more common in individuals between the ages of 30-50. If the disease affects adolescents under the age of 16, it is known as juvenile idiopathic arthritis (JIA). RA also affects more women than it does men. Due to its ability to affect multiple organs in the body, rheumatoid arthritis is also sometimes called rheumatoid disease (being that it is a systemic illness). If the disease starts to progress intensely, it could lead to permanent joint damage.

It is not known as to what exactly triggers rheumatoid arthritis. Regardless, it is derived as a result of malfunction of the immune system, thus leading to inflammation in the joints. While a cure for RA has not been established, doctors’ tend to focus on treatment involving a combination of medications, rest, physical exercise, and occasionally surgery. The overall aim is to control and possibly prevent disease activity. All in all, the COBRA therapy has proven to be valuable in the treatment of early RA and at a cost-effective level. Yet, further research needs to be conducted in order to optimize the combination therapy. By finding the optimal combination of antirheumatoid drugs and controlling possible side effects, there is no reason why COBRA therapy cannot be used in clinical practice in the future.

In recent years, therapies have improved and clinical studies reveal that combination therapies are making their way in becoming effective treatment options for early RA. This is an exciting time where simplified combinations of RA therapies can be made, all working together to alleviate symptoms, prevent damage to the joints, and improve patients’ overall quality of life.

People with Rheumatoid Arthritis at Higher Risk for...

Avoiding Rheumatoid Arthritis Flare-Ups Before They... 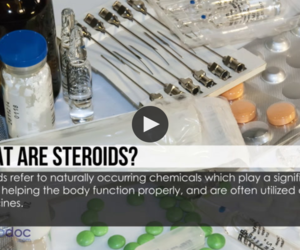 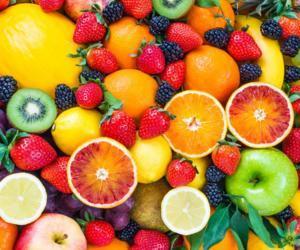 How do I know if I have rheumatoid arthritis?

Surgical Therapy for Rheumatoid Arthritis: Is it Worth the Risk?

The Complicated Link Between Rheumatoid Arthritis and Lung Disorders

Olympic Snowboarder Battles Rheumatoid Arthritis and Goes for the Gold