How are birth control pills helping to lower the risk of ovarian cancer in women? Find out here. 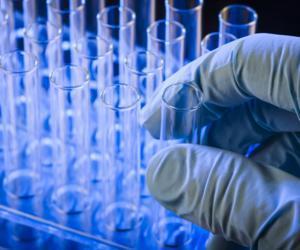 Researchers have also found that the widespread use of birth control pills has substantially reduced the prevalence of ovarian cancer, resulting in the prevention of over 200,000 cases and 100,000 deaths worldwide. Moreover, they stressed that the prevention numbers could significantly increase as birth control pills become more widely available, especially in low income households and developing countries, ultimately resulting in the annual prevention of around 30,000 cases worldwide.

This year, a study that followed approximately 200,000 women from 1995 to 2011 was published. At the start of the study, the women reported several of their health and lifestyle factors, including diet, weight, exercise, tobacco and alcohol use, as well as past use of birth control pills. 50% of the women reported to having used birth control pills at some point in their lives – some for 1 to 4 years, some for 5 to 9 years, and others for more than 10 years. That is how they were divided into groups.

These findings signify the importance and the effective use of birth control pills, seeing as how obesity and smoking can be risk factors for various cancers, including ovarian cancer.

As a result, Lisa Iversen, with the Institute of Applied Health Sciences at the University of Aberdeen in the UK, and fellow colleagues aimed to analyze the effects of newer-generation birth control pills on the risk of ovarian cancer. They examined the data available on approximately 1.9 million Danish women who were between the ages of 15 and 49. The data, compiled between 1995 and 2014, came from numerous Danish national databases and the researchers analyzed the effect of both combined and progestogen-only birth control pills.
The women involved in the study were split into three groups:

Iversen and her fellow colleagues identified that around 86% of the pills taken were indeed combined pills. They examined specific factors, such as age and how many times a woman has been pregnant, and then applied the Poisson regression model to measure the risk among the groups.

The research team derived to the conclusion that women who have never taken birth control pills did infact have the highest prevalence of ovarian cancer of the groups. More specifically, they found 7.5 cases per 100,000 person-years among those women, as opposed to the remaining groups of women, whose incidence rates were 3.2 cases per 100,000 person-years. They also found that the number of ovarian cancer cases were much lower in the women who had used combined birth control pills.

Iversen and her fellow colleagues explained that the use of birth control pills prevented 21% of ovarian cancers in the patient population samples of this particular study. “Use of contemporary combined hormonal contraceptives is associated with a reduction in ovarian cancer risk in women of reproductive age — an effect related to duration of use, which diminishes after stopping use” they said. They did not, however, find any relevant evidence to suggest differences between birth control pill brands, nor were they able to identify if progestogen-only birth control pills posed the same benefits.

While the research team advised that this particular study cannot establish causativeness, they did highlight the fact that it reaffirms the potential benefit of newer-generation pills and the findings support previous research on the effectiveness of birth control pills.

Adding years and quality to the lives of many

Certain risk factors for ovarian cancer, such as getting older or having a family history of the disease, cannot be changed. However, women may be able to lower their risk slightly by avoiding other risk factors, such as maintaining a healthy weight or avoiding smoking.

Seeing as how ovarian cancer is often detected at a late stage after the disease has spread, it remains one of the deadliest cancers. This is why anything that may prevent the disease in the first place, such as the use of birth control pills, is of great importance. “Ovarian cancer has such a delayed time to diagnosis and such poor long-term survival that prevention is essential. When counseling patients on birth control options, the reduction in ovarian cancer must be considered” said Dr. Jennifer Wu, an obstetrician/gynecologist at Lenox Hill Hospital in New York City.

Birth control pills remain very popular across the globe, with 30% of women using them in United States alone. For any women who is concerned about her own risk for ovarian cancer, talking with a healthcare professional is advised. It is important to understand and to consider the possible benefits and risks of birth control pills as they apply to each woman’s individual situation. 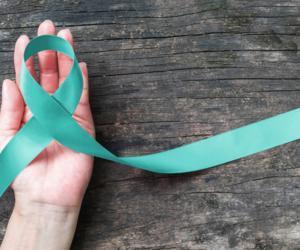 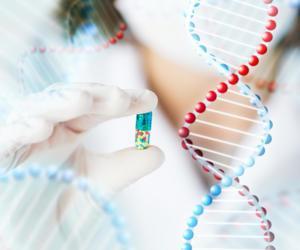 This Ovarian Cancer Survivor Advises Women to Stay True to Themselves