Nymphomania is a mental disorder. The person shows characteristic compulsive sexual behavior. Compulsive means unwanted actions and rituals. The person repeatedly engages in it without getting any pleasure out of it, or the person is unable to control the behaviors. A person with nymphomania acts out of compulsion. Still, it is debated in the medical community whether or not nymphomania is a mental illness. Evidence suggests that this behavior is a real and serious illness. It is considered to be more common in women and homosexual men, although it can happen with any adult. Anyone engaging in risky compulsive sexual behavior is considered to have nymphomania, but this term actually refers to a woman. A person with nymphomania, in addition to showing compulsive sexual behavior, also has problems thinking unwanted repetitive thoughts and feelings of shame or guilt or inadequacy. 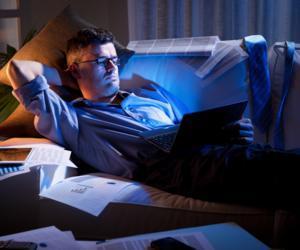 6 Reasons Why Putting Work Before Health Is Just Plain...

Have a question aboutNymphomania?Ask a doctor now

Other names for compulsive sexual behavior are hyper sexual disorder, hyper sexuality, sexual addiction, or nymphomania. Feelings and behaviors are affected by the obsession with sexual thoughts. Ultimately, the person’s health, relationships, jobs, and other sectors of life are affected. A normal enjoyable sexual experience may become an obsession. A person with compulsive sexual behavior may perform certain activities that may be outside the boundaries of culturally, morally, or legally accepted sexual behavior.

The exact cause is not known. It is a complicated condition, since it involves the mental and emotional status of the person. The causes could be the same as other mental illness. It may result due to environmental factors, heredity factors, and life events. Also, it may be linked to some imbalance of chemicals in the brain.

To treat nymphomania, psychotherapy and medication may be required. The medication may include antidepressants, as well as antipsychotic or antianxiety medications. These medications are the same for compulsive disorders. Since people with nymphomania show risky compulsive behavior, they are at an increased risk of developing complications such as sexually transmitted diseases.

Those with nymphomania often experience compulsive behaviors, emotional detachment, and infidelity in relationships. If a person has nymphomania, he/she may not have a healthy libido and may also have an underlying medical condition.

The following are the organic causes of nymphomania:

The most common primary symptom is compulsive sexual behavior that also includes promiscuity. This symptom may also occur in combination with other symptoms of obsessive- compulsive disorder or other mental illness or personality disorders. The symptoms are experienced once in a while or daily. In some cases, the symptoms might be very severe. Symptoms include:

The following increases the chances of developing nymphomania, although not all people with the risk factors develop it:

When to seek treatment for Nymphomania

See a doctor if you feel that your sexual behavior and desires are beyond your control.

Over a period of time, this compulsive behavior tends to become more intense, worse, and more difficult to control. If you know there is a problem, then get help. Increasing your willpower to resist sex may not succeed, because the urges are very strong.

Some questions you need to ask yourself before you seek an appointment with the doctor:

Test and diagnosis for Nymphomania

By asking a number of questions, the doctor or mental health provider or psychiatrist will do a psychological evaluation. The questions will involve:

Diagnostic Statistical Manual (DSM) of mental disorders is used by the mental health provider. DSM is basically a guide that helps in the diagnosis of mental disorders. Since sexual behavior does not have any specific diagnostic category in the DSM, it is diagnosed as a subcategory. Generally, compulsive sexual behaviors are those behaviors that have crossed the boundaries of normal accepted sexual activities. Compulsive sexual behavior may be diagnosed as a subcategory of another mental condition, such as obsessive-compulsive disorder.

Paraphilia is an unhealthy sexual behavior. Behavior that is considered harmful and socially unacceptable or illegal are is involved with paraphilia. The categories are:

The following do not meet the criteria of paraphilia: obscene calls, exclusive focus on a body part, animal’s enemas, feces, or urine.

There is no such cure for this condition; however, like other mental illness, nymphomania may be treated with the help of medications, psychotherapy, or both may be combined. If treatment is started, then it is possible to control compulsive sexual behavior.

Just as other compulsive disorders are treated, in a similar manner nymphomania is treated. The treatments include:

In psychodynamic psychotherapy, the awareness of unconscious thoughts and behavior is increased. This helps to resolve conflicts. The negative behaviors can be identified by cognitive behavior therapy, and these negative behaviors are replaced by positive ones. Group therapy involves meeting a group of people under the guidance of a mental health professional. In this group therapy, relationships and exemptions are explored. Due to compulsive sexual behavior, entire families, especially the partner, are affected. Family therapy or marriage counseling is thus helpful and essential.

Care to be taken

Nymphomanias that cause compulsive sexual behavior are very risky. Nymphomania not only affects social life, but it also can cause sexually transmitted diseases. Hence, it is important to seek treatment as well as prevent complications. If nymphomanias are untreated or poorly treated, it can result in serious complications. Complications can be minimized by following the treatment plan. The complications are:

Is my lower back pain related to my sciatic nerve?

Does my wife have nymphomania?

More from FindATopDoc on Nymphomania

my Girl she's into sex extremely

How do I know if my wife is a nymphomaniac? 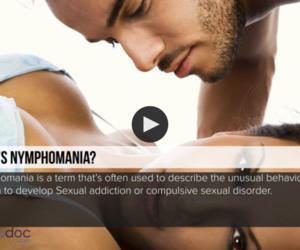 What Is a Nymphomaniac?

Does my wife have nymphomania?

How do I know if my wife is a nymphomaniac?

What Is a Nymphomaniac?